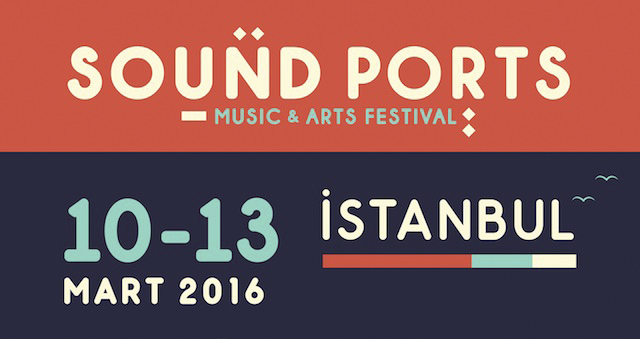 by Daily Sabah Feb 22, 2016 12:00 am
Music is in the core of the Mediterranean cities as well as its people. Mediterranean people are immersed in music from dusk to dawn. Being very close in terms of geography, Mediterranean cities share the same vibe and cultural atmosphere, taking inspiration from polyphony and the medley of cultures. The Sound Ports festival, an urban music festival, takes place in two of the most vibrant cities in the Mediterranean region, aiming to reach out to an international and domestic fan base that is looking for new cultural organizations in their region.

The very first concert series of the festival will build a cultural bridge between Istanbul and Tel Aviv, offering a unique opportunity to feel the connection through musical diversity and present it to the public. The first leg of the festival will take place in Istanbul between March 10 and March 13 at various venues around the city. Istanbul and Tel Aviv - two cities both geographically and culturally stretched between Asia and Europe - have always been in cultural and artistic exchange and been a mutual source of inspiration to one another. Istanbul is a meeting point of music people of all genres and aesthetics of Europe and the Arab world. Greek, Armenian, Ottoman, Jewish and Kurdish blended together with European sounds bring the feeling of freedom and open-mindedness.

There is no other place in the world that resembles Istanbul as much as Tel Aviv, which is individual and different. Since the time of its establishment, Tel Aviv has been a melting pot - a city where all the people of the Jewish diaspora meet with other cultures and communities. Being aware of their cultural heritage and richness, Istanbul and Tel Aviv are constantly following new trends and aesthetics, making them the places to be and to explore. The first edition of the festival will be a celebration of the cultural connection between Istanbul and Tel Aviv. The future editions of the festival will connect people and music from other parts of the Mediterranean region.
RELATED TOPICS