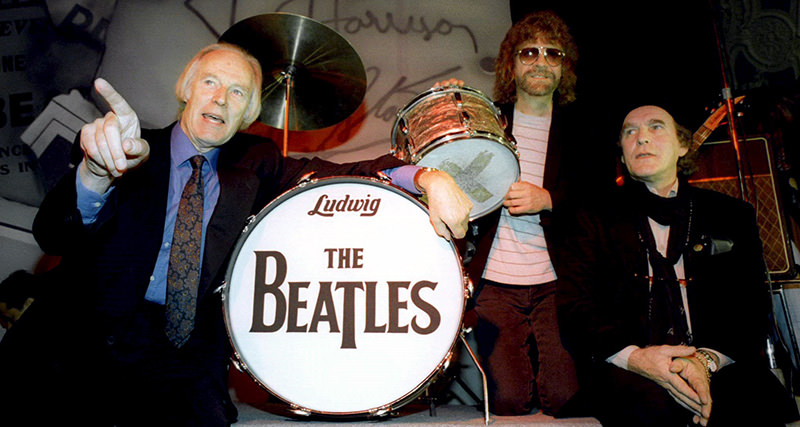 Legendary British music producer George Martin, who turned the Beatles into the best-selling band in history, has died at the age of 90, the band's drummer Ringo Starr said on Wednesday.

"God bless George Martin peace and love to Judy and his family love Ringo and Barbara. George will be missed," Starr said on Twitter.

Starr also posted a black and white picture of the band with Martin.

The producer, who signed up the Beatles after hearing their demo record in 1962, was so essential to the band's success that he was nicknamed the "Fifth Beatle".

"R.I.P. George Martin. I'm so gutted I don't have many words. Thinking of Judy and Giles and family," late band member John Lennon's son Sean wrote on Instagram, referring to Martin's wife and one of his four children.

Martin was born in January 1926, a carpenter's son from north London.

After serving in the Second World War, he studied at the prestigious Guildhall School of Music and began playing the oboe in bars and clubs around London.

His first job was in the BBC's music library.

He then joined the record label Parlophone, a division of EMI, and rose to become its head by 1955 at the age of just 29.

Martin quickly realised the Beatles' potential after first hearing them in 1962.

"I liked them as people apart from anything else and I was convinced that we had the makings of a hit group," he told Melody Maker magazine in an interview.

But he added that: "As composers, they didn't rate. They hadn't shown me that they could write anything at all."

The band's first single "Love Me Do", which reached number four in the charts in October 1962, "was pretty poor but it was the best we could do," he said.

That song was followed by "Please Please Me", which made number two, and "From Me To You" in April 1963 -- their first chart-topper.

After the band split, he built the Air Studios on the Caribbean island of Montserrat and went on to work with other artists including Bob Dylan, Sting and Elton John.