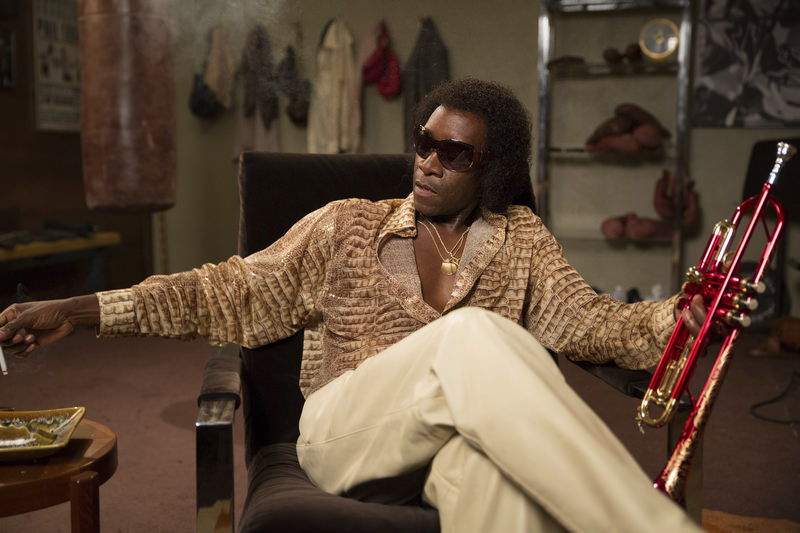 by Apr 02, 2016 12:00 am
Miles Davis, one of America's most iconic and prolific musicians, went musically mute for several years in the 1970s, and actor Don Cheadle plumbed that silence in his visually jazzy directorial film debut "Miles Ahead."

"We wanted to find a way to tell the story that would give us the latitude and the license to show a creative person trying to figure out how to be creative again," said Cheadle, who also stars in and co-wrote the independent film. In "Miles Ahead," opening in New York and Los Angeles movie theaters on Friday, Cheadle's Davis is stuck in creative block. Set roughly a decade after the 1959 release of Davis' "Kind of Blue," which remains the best-selling jazz album of all time, the film finds the mercurial trumpeter burrowed in his New York home following the demise of his marriage to his muse, dancer Frances Taylor, played by Emayatzy Corinealdi.

He's at war with his record company, hobbled by a deteriorating hip, alternately fueled and numbed by street and prescription drugs, and haunted by history when a reporter of dubious skill (Ewan McGregor) literally bursts through his front door.

Honed during the decade it took to raise the $8.5 million budget, the film's narrative is a lean, tumbling mix of present, past and reverie punctuated by cocaine and testosterone-fueled high jinks, historical events and Davis' iconic horn.

Cheadle, who nabbed a best actor Oscar nomination for 2004's "Hotel Rwanda" and stars in Showtime's satire "House of Lies," said he aimed to make a film with "free form and good flow." He channeled the musician, known for prodding bandmates to "play what's not there," devoting years to learning the trumpet so his fingering would be a match when Davis' music was dubbed into the film, and choosing actors in the same way that Davis would put together a band. "It's like Don Cheadle cast Miles Davis in a movie that Miles Davis might have liked to have been in," said co-star McGregor. "As a result, the film feels like Miles Davis, it feels like a piece of his music."