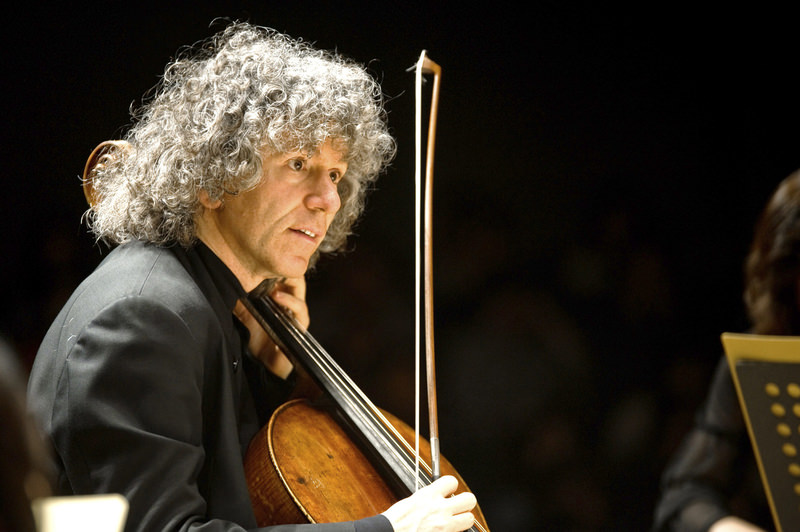 by Daily Sabah Apr 04, 2016 12:00 am
Organized by the Sevsa-Cenap And Music Foundation, the International Ankara Music Festival will kick off for the 33rd time for music lovers in Ankara starting Monday. The festival, which will continue until the end of this month, will host internationally recognized musicians from 20 countries as well as prominent Turkish artists who continue to cause a stir in the international music scene. The 33rd edition of the International Ankara Music Festival will welcome three large orchestras along with almost 360 musicians.

Just like previous years, the opening and closing concerts of the festival will be given by outstanding orchestras. The Ankara Youth Symphony Orchestra under the baton of maestro Fazlı Orhun Orhon, the Saygun Philharmonic Choir conducted by Atilla Çağdaş Değer as well as Çiğdem Aytepe and young pianist Tolga Atalay Ün, who studies at the Royal Academy of Music in the United Kingdom, will perform as a part of the opening concert of the festival tonight at MEB Şura Concert Hall while the closing concert will be given by the Azerbaijan State Symphony Orchestra conducted by Rauf Abdullayev, violinist Toğrul Ganiyev and pianist Murat Adıgüzelzade on April 30.

The acclaimed British cellist Steven Isserlis, who influenced numerous young musicians throughout his solo career, and magnificent Canadian pianist Connie Shih will share the stage as a duo for the first time in Ankara as well. The ethnic music ensemble Yurodny, which is composed of Irish and Turkish musicians, will mark the premiere of Turkish composer Onur Türkmen's new work "From Ahmet Haşim to W. B. Yeats: Traveling to Byzantine." The tickets for the concerts range from TL 25 ($8.82) and TL 90 ($31.89); however, students will be able to purchase tickets at a discounted rate. For more information about the festival, visit: www.ankarafestival.com.
RELATED TOPICS