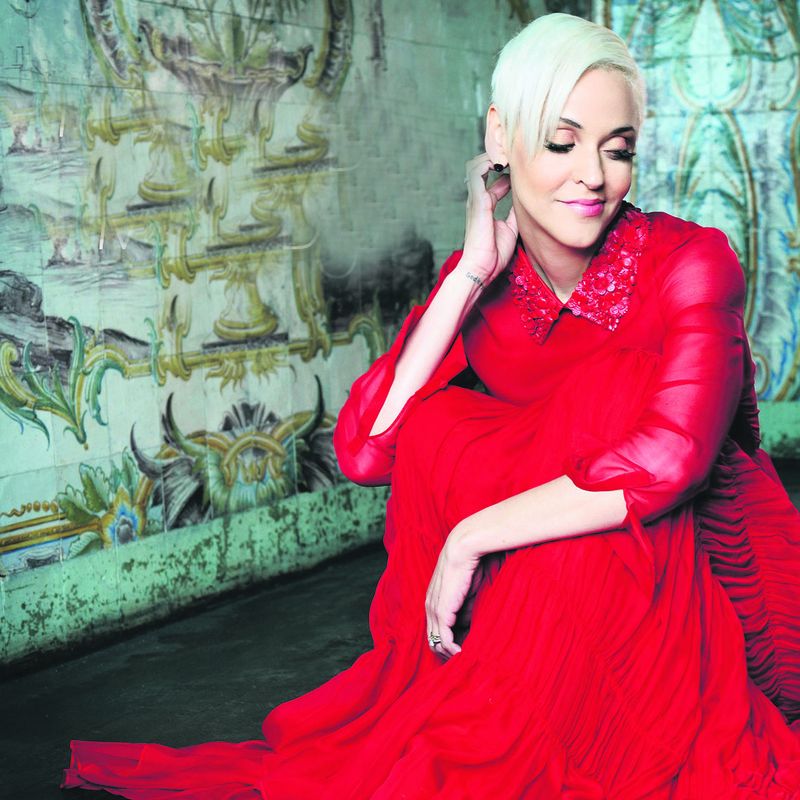 One of the most influential performers of traditional Portuegese fado music, which originates from the emotional songs sung by women for their male relatives setting sail, Mariza will once again perform at Cemal Reşit Rey Concert Hall this Friday

As one of the most renowned representatives of the Portuguese tradition of fado music, which is featured on UNESCO's Cultural Heritage List, Mariza will perform her unforgettable as well as new songs on April 8 at Cemal Reşit Rey Concert Hall as a part of her world tour to promote her new album "Mundo." Mariza's successful career began with her 2001 debut album "Fado Em Mim," which went quadruple platinum and made history as the most-sold fado album of all time. As she introduced fado music to the world and sold more than a million copies of her album, Mariza became one of the most recognized fado artists of the world.

Fado became a music genre that crosses borders and is embraced by the masses after legendary fado musician and actress Amalia Rodrigues came to fame. Fado is a reflection of Portugal's spirit; however, this genre addresses the masses as well since it communicates universal messages such as unrequited love and the emotions felt after lovers leave. Mariza was granted the title of "The Voice of Fado" by the foundation named after Rodrigues. The artist, who was declared "the international ambassador for Hans Christian Andersen" by the Kingdom of Denmark, won Latin Grammy Awards for "Best Folk Album" and "Best Production" with her album "Terra," and has been honored by the Portuguese government as the artist who best represents Portugal in the international arena. Mariza has also earned international acclaim for her successful albums "Fado Tradicional" and Best Of," and was awarded a "Medaille de Vermeil," a prestigious medal presented by the Academy of Science and Literature in Paris, for her contribution to art and culture.

"I worked with Javier Limon for the second time for my new album 'Mundo.' I believe Limon is an extraordinary Fado guitarist," Mariza said about her new album, and described "Mundo" as "easily remembered Spanish pop ballads with electronic rhythms." She said she is inspired by different cultures and music genres, and has developed a unique musical style. She said the richness of these cultures is reflected in her music, and she wanted to get close to the audience instead of demonstrating the strength of her voice on her new album. Commenting on her love of Istanbul, the Portuguese artist said: "Istanbul is a city that I feel close to. With its sea, Bosporus and locals, Istanbul is no different than Lisbon for me."
RELATED TOPICS