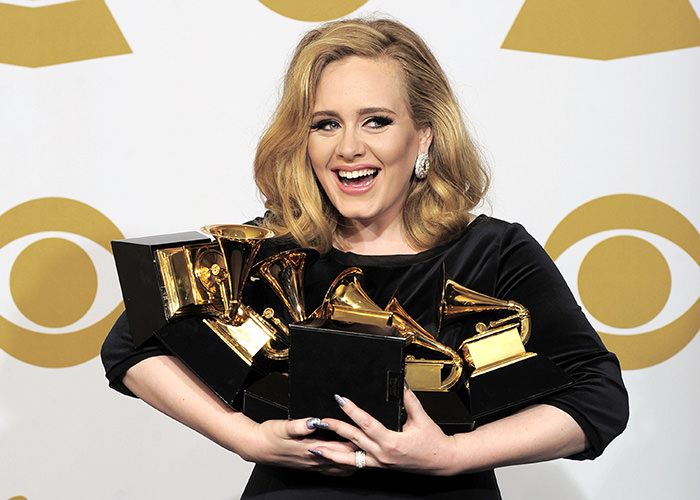 Adele had the world's best-selling album last year, a global smash that helped music revenues record their first significant growth since the dawn of the digital age two decades ago.

The IFPI said global revenues from recorded music rose 3.2 percent between 2014 and 2015, to $15 billion, as an industry decimated by the digital revolution returned to growth.

IFPI chief executive Frances Moore said the figures "reflect an industry that has adapted to the digital age and emerged stronger and smarter."

Sales of digital music, including streaming and downloads, accounted for 45 percent of the total, compared to 39 percent for vinyl, CDs and other physical products the first time digital music has generated the biggest share of revenue. Performance-rights revenue accounts for most of the remainder.

Online, people increasingly listen to music by streaming rather than downloading. Streaming revenue rose by 45 percent in 2015, while money from downloads declined by 10.5 percent.

Despite revenue rising overall, the report says there is a growing gap between the amount of music being consumed and the money being returned to artists and producers.

The IFPI said this "value gap" has increased due to the growing popularity of music being streamed on advertising-supported "user upload" services such as YouTube, which argue that they are exempt from the licensing rules applied to other online music services and so pay less to musicians and record companies.

Moore said that "the value gap is the biggest constraint to revenue growth for artists, record labels and all music rights holders" and lawmakers around the world should close the streaming loophole.