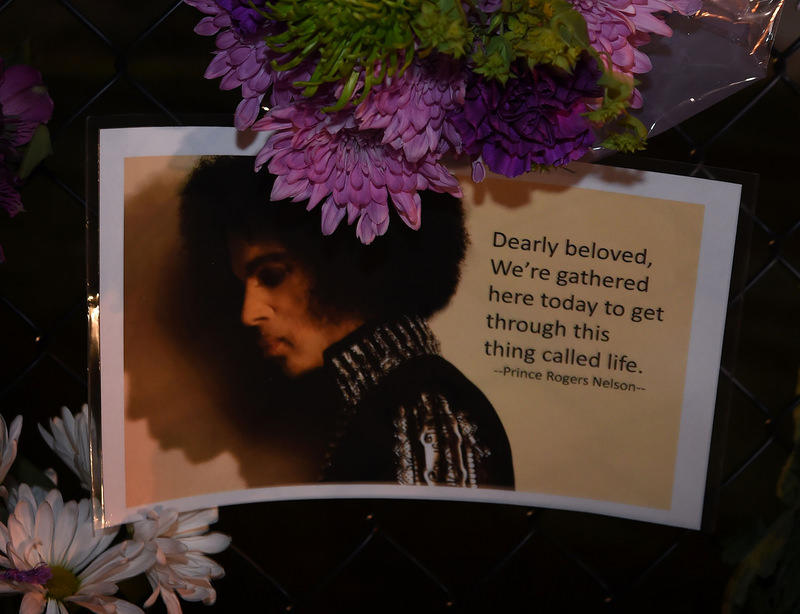 by Associated Press Apr 23, 2016 12:00 am
It's only April and already 2016 is a terrible year for music. That's not to slight Kendrick Lamar, Sturgill Simpson, Beyonce or some unknown creator working in a basement to turn the sounds in their head into a file for everyone to hear and enjoy.

But any year that silences the voices behind "Sign o' the Times," "Space Oddity," "Tequila Sunrise," "Shining Star" and "The Bottle Let Me Down" can't qualify as anything other than awful.

"Running out of living musical heroes, those we measure everything against, emulate, know we won't surpass but inspire us to try," Carrie Brownstein, actress and Sleater-Kinney singer, tweeted Thursday.

While the circumstances behind Prince's death remain unclear, most others were mundane, independent of rock 'n' roll excess. Cancer. Diabetes. Intestinal disease. Pneumonia. Parkinson's Disease. Bowie and Frey kept their conditions private, so few outside family saw them coming.

Merle Haggard was 79, not cheated of life, and White of Earth, Wind and Fire suffered a slow decline before dying at 74. Yet others were too young — 69 for Bowie, 67 for Frey, 45 for Malik Taylor, the founder of A Tribe Called Quest known as Phife Dawg.

And 57 for Prince, without any apparent signs of slowing down.

All of the deaths hit like a punch to the stomach. Their careers were long enough to create impressive legacies, not long enough to keep adding accomplishments. We weren't through with them, nor they with us. Bowie's last album came simultaneously with his death, the song and video for "Lazarus" full of self-awareness and humor. He was bringing his music to Broadway. Retirement held no interest, and neither did repeatedly churning out copies of songs he made when young and reckless.

The Eagles, a band whose carcass Frey once left by the side of the road, was back together and an ongoing creative force before he died. The band that once brought country influences into rock 'n' roll was bringing rock 'n' roll to country in its later years, appealing to a new marketplace whose stars sounded like they grew up on Eagles songs.

Even if he took it a little easier, Haggard was still working in his final years and brought his music to younger generations at the Bonnaroo festival in Tennessee.

Nothing could stop Prince, could it? The man was indefatigable in concert, a whirlwind who drilled his bands until they met his exacting standards. He released four albums in the last 18 months, and just announced he was writing his autobiography. He was in the midst of a "Piano and a Microphone" tour, which was just as it sounded — a rare chance to see an artist strip down his best songs to their essence. It was a must-have ticket.

During some of those shows, he sat at the piano to sing "Heroes" in honor of Bowie.

"We had a tough year already," veteran Grammy Awards producer Ken Ehrlich said Thursday. "It's really our generation now. We'd hear about past stars dying because of our parents. This time it's our greats."

The deaths of musical heroes resonate because their work is aimed straight for the heart. These weren't celebrities. They were friends who comforted you when your heart was broken, who gave you bravery, who understood exactly what you were thinking.

As long as the music lived, so too would the person you were when you first heard it. The club where the synthesizer riff of "1999" washed over you, and who you danced with. The car radio where you thrilled to the crackle of "When Doves Cry." The bedroom where you retreated to absorb the stunning breadth of "Sign o' the Times." Remember that, and maybe 2016 can be a little less crummy.
Last Update: Apr 23, 2016 3:17 am
RELATED TOPICS