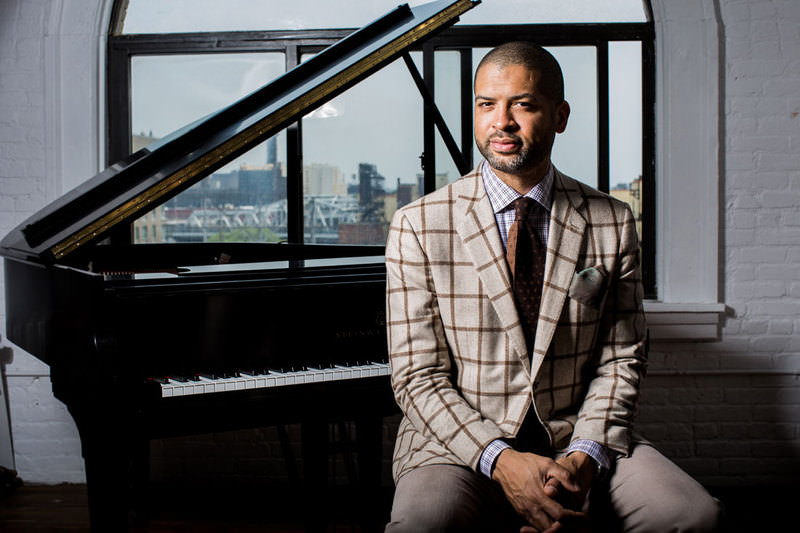 As this year's performance season comes to a close in June, İş Sanat is winding up May with performances by accomplished musicians in various genres such as classical, jazz and latin

İş Sanat has been hosting world-renowned performers since October 2015 and is set to close the curtain on its 16th season with a parade of stars. Last classical performance to be given by Nicola Benedetti and Scottish Ensemble

Elegant British violin virtuoso Nicola Benedetti, and the Scottish Ensemble, one of the top string orchestras in the U.K., will share the stage for the last classical concert of the season at İş Sanat. Benedetti, who won the BBC's Young Musician of the Year award in 2004, was chosen Best Female Artist of the Year at the Brit Classical Awards in 2012 and 2013. Hailed by music critics, Benedetti is one of the most innovative and creative classical music performers in the U.K. She has shared the stage with prominent orchestras and ensembles from around the world such as the London Philharmonic Orchestra, Frankfurt Radio Symphony Orchestra, Camerata Salzburg, New York Philharmonic Orchestra and Hong Kong Philharmonic Orchestra. Benedetti has also worked with some of the most accomplished conductors including Vladimir Ashkenazy, Christoph Eschenbach, James Gaffigan, Valery Gergiev, Vladimir Jurowski and Paavo Jarvi. Known for their energetic performances and revolutionary repertoire, the Scottish Ensemble have worked with soloists such as Alison Balsom, tenor Toby Spence, violinist Anthony Marwood, cellist Pieter Wispelwey and violinist Lawrence Power. They have also collaborated on projects with extraordinary musicians such as well-known contrabass player Edgar Meyer and Finnish violinist Pekka Kuusisto. Benedetti and the Scottish Ensemble will perform compositions by Tchaikovsky and Vivaldi on May 5 at 08:30 p.m.

The stage at Milli Reasürans, which was established to support young musicians and help them gain stage experience, will close the 16th season with the final concert of the Shining Star series. Contrabass player İrem Keskin and violinist Gökçe Çatakoğlu will give a free concert on May 9. Keskin will perform compositions by Sperger, Gliere and Bottesini while Çatakoğlu will play compositions by Bruch, Ries, Matteson, Kreisler, Elgar, Aşkın and Wieniawski.

Renowned saxophone player Charles Lloyd and Jason Moran, billed "the most provocative musician of present day jazz" by Rolling Stone, come together at İş Sanat for a special live performance. Known for his musical depth and pioneering projects, Lloyd has inspired musicians and audiences with his mesmerizing performances for many years. Ben Ratliff of the New York Times wrote that "If you follow Charles Lloyd's career, you will be able to draw a road map of the last 50 years of jazz music." Meanwhile, one-time collaborator of Carlos Santana, Jason Moran is among the most inspiring pianists in jazz music. Referred to as "a true international treasure," by Santana, Moran receives critical raves for his work blending post-bop, avant-garde jazz, blues, classical music and hip hop, and has collaborated with prominent musicians such as Greg Osby, Steve Coleman, Joe Lovano, Von Freeman, Ravi Coltrane, Ron Miles and Stefan Harris. If you want to avail yourself of the rare opportunity to witness Moran's dynamic improvisation and Lloyd's musical expertise, save the date: Lloyd and Moran will take the stage at İş Sanat on May 13 at 8:30 p.m.

Listed among the 100 most impressive bass players of the last century by Bass Player magazine, world-renowned contrabass player Avishai Cohen will introduce his new musical project "A Night with Avishai Cohen" to Istanbulites and will offer a true breath of fresh air to classical music fans. Cohen's talent was discovered by Chick Corea in 1997, standing out as a result of his original musical style. Cohen has remarked that he admires Bach's musical genius and the mathematics of his compositions; his variety of musical expression proves that there need not be any limits in music, having collaborated with Malma, the Brnoi Monaco Philharmonic and Stuttgart Chamber Orchestra. Winner of the ECHO Award, Cohen has brought his string quartet back together following his 2013 album "Almah." On May 22, Cohen will be accompanied by the Istanbul Opera Orchestra String Soloists and will offer an incredible night to Istanbulites at İş Sanat.

Season 16 to be concluded splendidly with Lizt Alfonso Dance Cuba

İş Sanat will close season 16 with a show by Lizt Alfonso Dance Cuba titled "Cuba Vibra" on May 27 at 8:30 p.m. Founded by Lizt Alfonso when he was 23, Lizt Alfonso Dance Cuba is considered among the most distinguished dance ensembles in the world. The ensemble, which has won various awards including the Cuban National Culture Token, First Prize at Dora, the Firat Prize at Cuba National Writers and an award presented by the Artists Union and Cuban Artists Foundation in New York, features original choreography and a distinctive style. Having made history as the first Cuban dance ensemble to perform on Broadway, Lizt Alfonso Dance Cuba has performed in France, Germany, New Zealand, Egypt, Qatar, South Africa, China, the Netherlands, Belgium, Mexico and Colombia, mesmerizing audiences as well as critics. To feel the spirit of the beaches, don't miss Cuba Vibra's cha-cha, mambo, rumba, conga and bolero rhythms.
Last Update: Apr 26, 2016 1:24 am
RELATED TOPICS