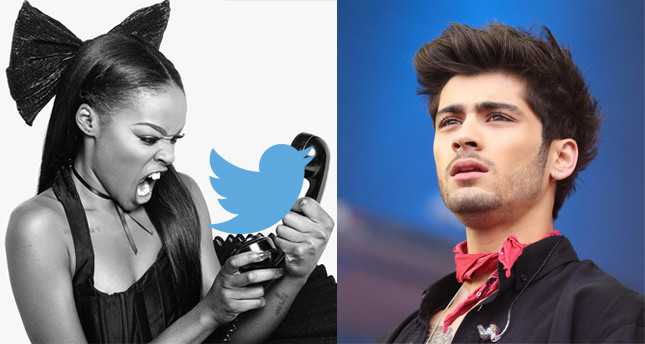 Twitter has blocked the 24-year-old American rapper, singer and songwriter Azealia Banks's account on Twitter after a number of homophobic and racist tweets were reportedly sent to former One Direction singer Zayn Malik.

Meanwhile, Banks was reportedly also removed from her headline slot at United Kingdom's Born & Bred Festival which will take place in July.

Twitter has strict rules over harrasment and abuse and states that users with improper behavior may be "temporarily locked and/or subject to permanent suspension."

"You may not promote violence against or directly attack or threaten other people on the basis of race, ethnicity, national origin, sexual orientation, gender, gender identity, religious affiliation, age, disability, or disease," Twitter says.

Banks has previously had tensions with many other popular personalities from the show business, including Lil Kim, Nicki Minaj, Lady Gaga, and Pharrell.