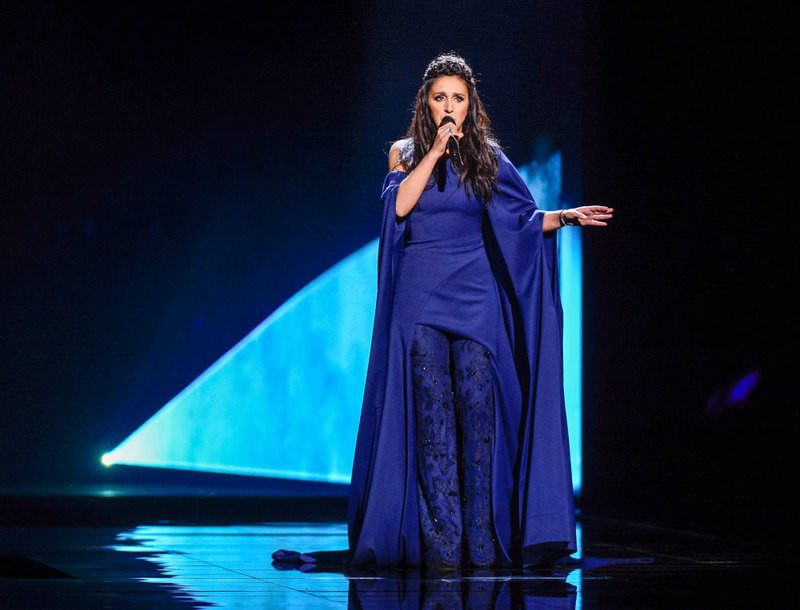 by May 14, 2016 12:00 am
Ten countries, including acts from Australia, Israel and Ukraine, advanced late Thursday from the second of two semi-finals completing to be in the final line-up for the 2016 Eurovision Song Contest grand finale this week in Stockholm.

It was the second appearance for Australia – represented by female singer Dami Im – at the annual competition, which attracts millions of viewers each year. The inclusion of Australia is in recognition of a strong fan base and a 30-year history of broadcasting the glitzy event run by the European Broadcasting Union (EBU).

If South Korea-born Im wins the final with "The Sound of Silence," Australia will co-host the event in Europe with a European broadcaster, the EBU said.

Ukraine's Jamala, another top contender judging by online betting sites, qualified for the final with her mournful lament, titled "1944." The song has generated some controversy as it refers to the year Soviet dictator Joseph Stalin ordered the mass deportation of ethnic minority Tatars from Crimea to Central Asia.

Also qualified for the final is Israel, a country that has won the Eurovision prize three times, and this year represented by singer Hovi Star.

Spots in the final were also awarded to Latvia, which opened the semi-final, Bulgaria, Georgia, Lithuania, Poland, Serbia and Belgium, which rounded off the competition.

Other entries that did not secure sufficient votes were Albania, Belarus, Denmark's male trio Lighthouse X, Macedonia, Norway, Slovenia, and Switzerland. Ten other acts, including Russia with one of the top contenders, Sergey Lazarev, qualified late Tuesday from the first semi-final.

Six countries previously had a berth to the final. These include Britain, France, Germany, Italy and Spain – because they are automatically qualified as major funders of the EBU that organizes the event – and host Sweden, last year's winner. Mans Zerlmerlow who represented Sweden last year, co-hosted the show with comedian Petra Mede. In all, 42 countries are entered this year, the 61st edition of the event.
RELATED TOPICS