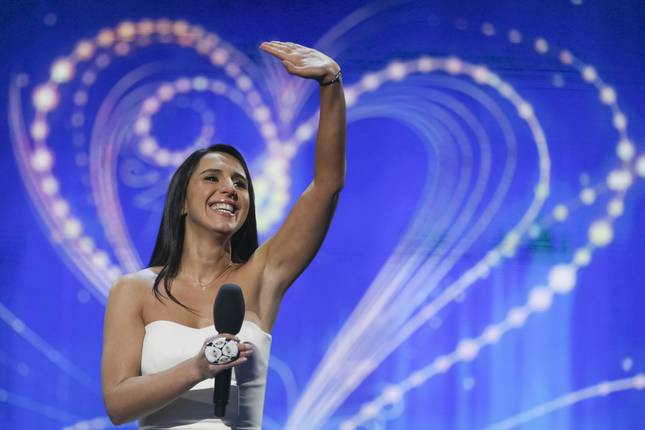 Crimean Tatar singer Jamala who won the 61st Eurovision Song Contest on Saturday night will be awarded the 'People's Artist of Ukraine' title, a senior minister has said.

Ukrainian Culture Minister Yevhen Nyshchuk said on Sunday in a Facebook post that his department had already prepared documents to present to the Council of Ministers to give the award.

The minister said the title, the highest national award possible for a performing artist, would be a "symbolic and pleasant acknowledgement" from the Ukrainian state to Jamala.

The 32-year-old's song, 1944, on the deportation of Crimean Tatars under Soviet leader Joseph Stalin, won the Eurovision contest at a time when Crimean Tatars claim to be facing similar repression from Russia.

Speaking to reporters, Jamala said she wished they could hold next year's Eurovision in Crimea.

"I would want next year's contest to be held in my motherland, Crimea. Right now, Crimea is occupied," Jamala said.

"This victory shows that there is justice. We really deserved that victory because we experienced too much pain," she said, adding that Europe and the world had heard of the "stored history", a reference to the Crimean Tatars' deportation in 1944.

Jamala said Europe had voted for her song as "they understood and felt me".

The performer became the second Ukrainian singer to win Eurovision, after Ruslana Lyzhychko won the 2004 contest held in Turkey with a song called 'Wild Dances'.