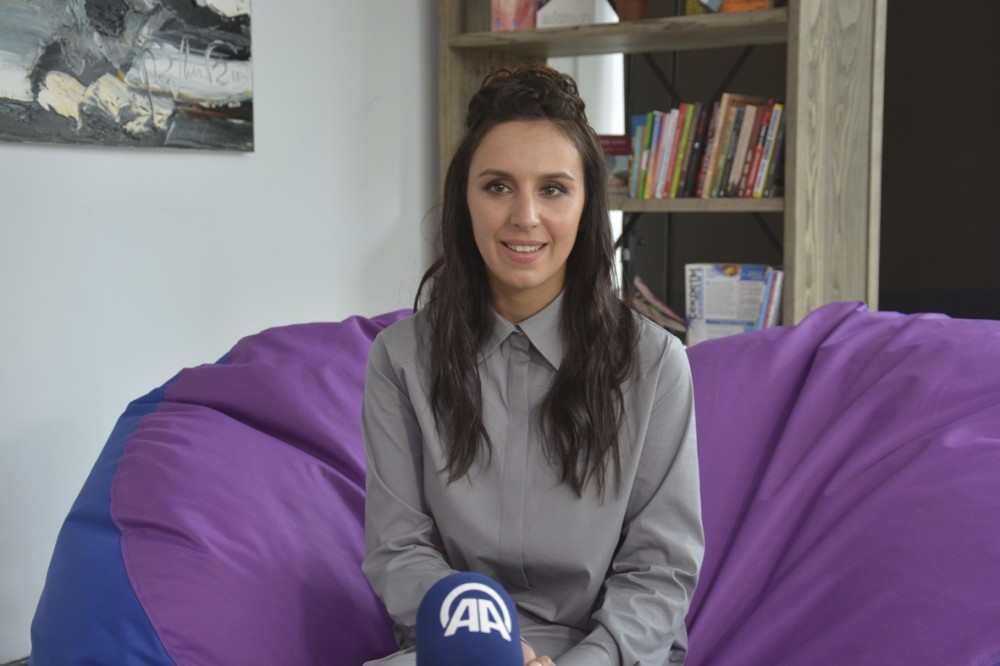 by Anadolu Agency May 19, 2016 12:00 am
Eurovision winner Jamala said Tuesday that "propaganda in the Russian media" was hiding the "truth" about what is happening in Ukraine.

"I would like that people learn the truth about what is happening in Crimea, in Ukraine, which propaganda of the Russian media has hidden, in Ukraine, through my song," the Crimean Tatar singer from Ukraine, whose real name is Susana Jamaladinova, told Anadolu Agency.

Jamala said that Russian media propaganda was hiding what was really going on in the Crimean peninsula, that tragedies had not ended.

"Just sitting at home, closing yourself to the world is not right," she said.

Jamala won the 61st Eurovision Song Contest Saturday with her song, 1944, on the deportation of Crimean Tatars under Soviet leader Joseph Stalin.

Jamala also stated she will join the commemorative ceremony Wednesday in Kiev for the 72nd anniversary of the deportation.
RELATED TOPICS