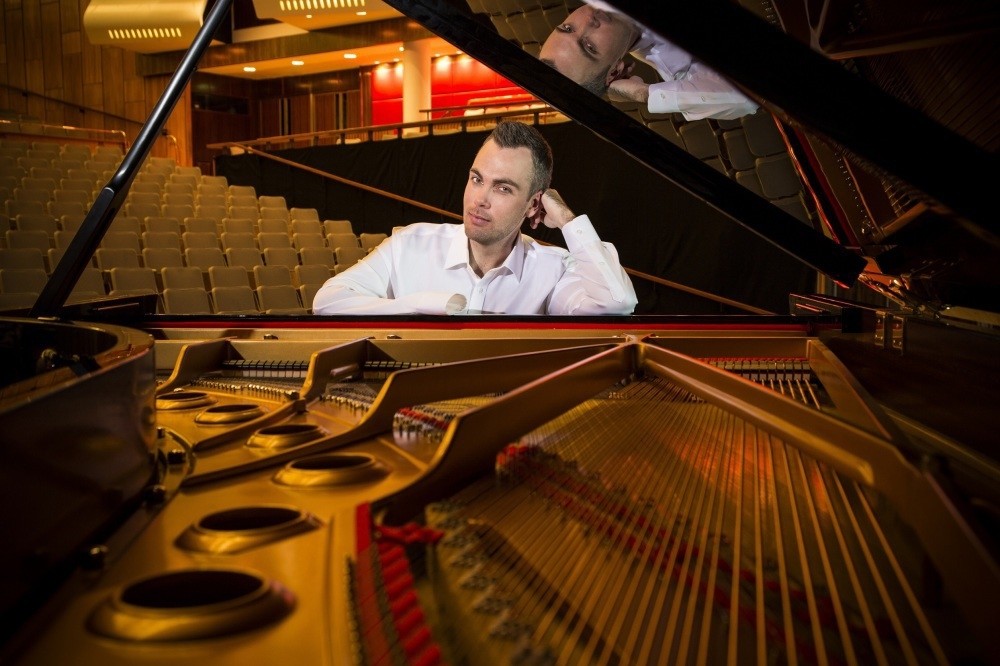 by Miraç Tapan May 21, 2016 12:00 am
The one-handed concert pianist and symbol of hope, Nicholas McCarthy, will perform on May 21 at Zorlu Performing Arts Center at a concert organized by Piu Entertainment. Regarded as one of the most skillful pianists of his generation, McCarthy promises a night to remember to Istanbulites.

Born without his right hand in 1989, McCarthy decided to become a concert pianist after listening to Beethoven's "Waldstein Sonata.| Despite being declined from music schools and at discouragement of music teachers, the famous pianist began his journey into music at the age of 14. Believing in himself as well as his talent, McCarthy did not let negativity hinder him, and instead worked harder than ever to realize his dream to be a concert pianist.

He graduated from the Royal College of Music in London in 2012 and caused a stir in British media. He became globally known with his performance with Coldplay at the closing ceremony of the 2012 Paralympics and mesmerizes music lovers around the world with his live concerts. He signed a contract with record company Warner Classics and released his debut studio album "Solo" featuring 17 tracks in 2015. He was a member of the first disabled orchestra of London, and prefers the compositions of pianist Paul Wittgenstein who lost his hand in battle and composed music that only requires the right hand.
RELATED TOPICS