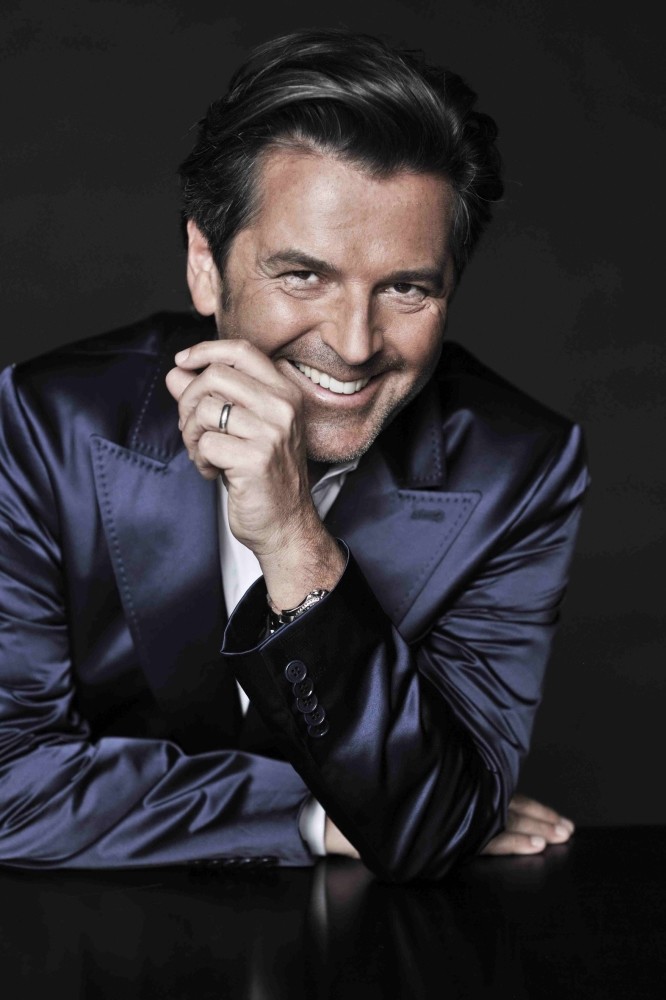 by Daily Sabah May 26, 2016 12:00 am
Star of 1980s when pop music spiked, German music ban Modern Talking's soloist before the band was dismissed, Thomas Anders will come to Istanbul this Saturday with world-renowned hits that shook the world

Thomas Anders performs hits by Modern Talking and his solo hits for his fans in Istanbul on May 28 at Cemal Reşit Rey Concert Hall (CRR). One of the most popular German pop bands of the 1980s, Modern Talking sold more than 120 million.

Anders, who continued his music career after Modern Talking split, continues to give concerts and play for fans all over the world with 10 solo albums so far.

Anders, born Bernd Weidung on March 01, 1963, in Münstermaifeld/Eifel, learned piano at age 5. At 7, he started playing at village feasts and in the church square. While receiving piano and dance lessons, he also studied German, Sociology and Music at university.

After performing at various nightclubs, Anders entered the Radio Luxembourg competition for new talent in 1979. He won with his song "Judy" on June 15, 1980, but since he was under 18, his father had to sign the record deal with CBS. He took the name Thomas Anders since Bernd Weidung was a hard name to remember.

Anders was highly affected by the women in his life.

One of the most important in his personal and music life was his first wife, Nora Balling, who was as famous as Thomas himself. Nora insisted on doing backing vocals in Modern Talking concerts. One of the main reasons behind Modern Talking splitting up were the constant clashes between Nora and band member Dieter Bohlen.

After the band split in 1987, Thomas and Nora went on tour together. One of the tours was "Modern Talking - The Final Concert." Modern Talking gave its last concert without Dieter at the Sun City Superbowl in 1988 in South Africa in which Nora did the backing vocals.

Thomas moved to Los Angeles to start his solo career in 1989 with Nora and released an album, "Different," produced by Gus Dudgeon who produced Elton John. The single from the album, "Love of my own," became a number one hit and is still his most successful single.

Thomas' most successful solo album was "Different," which includes the singles "Love Of My Own," "Soldier," "One Thing," "True Love," "The Sweet Hello - The Sad Goodbye," "My One & Only" and "How Deep Is Your Love."

Anders continued to compose songs and wrote and sang the songs for a soap opera shot in Argentina. One song, sung by Spanish diva Martina Sanchez, became a number one hit in Mexico.

Anders also tried acting, starring in the Swedish film "Stockholm Marathon" in 1993. He also wrote "Marathon of Life" for this movie, which was included on the album, "When will I see you again?"

Anders, who continues his music career with concerts and live TV appearances, has performed from Cape Town to Hong Kong, New York to Moscow in a musical career of about 40 years.

He published an autobiography, "100% Anders," in which he talks about his days with Modern Talking. On his book, Anders says that he had the chance to look back at his personal history, adding, "Many memories hidden in the back of my mind came back."

On his film projects, Anders says that he took a small part in the German production "The Little Dictator," yet, all his video clips are like short films. "It was a pleasure working on "Stockholm Marathon," but the thing that stayed with me was 'Stay with me'," says Anders.

When we asked about future projects, he informed us that a compilation of Modern Talking classics would hit stores this month, and he is also working on a new German language album, while still touring the world.

He also has his own YouTube channel, "Thomas Anders," for fans and friends to see backstage, performance videos and photos, TV appearances and much more. Anders also noted that although it's not well known, he has visited Turkey many times and loves it.

Anders will perform for his fans on May 28 at CCR to perform Modern Talking hits, such as "Cheri Cheri Lady," "Brother Louie," "Atlantis is Calling (S.O.S. For Love)," "Geronimo's Cadillac," "Jet Airliner," and his solo hits.
Last Update: May 26, 2016 1:04 am
RELATED TOPICS