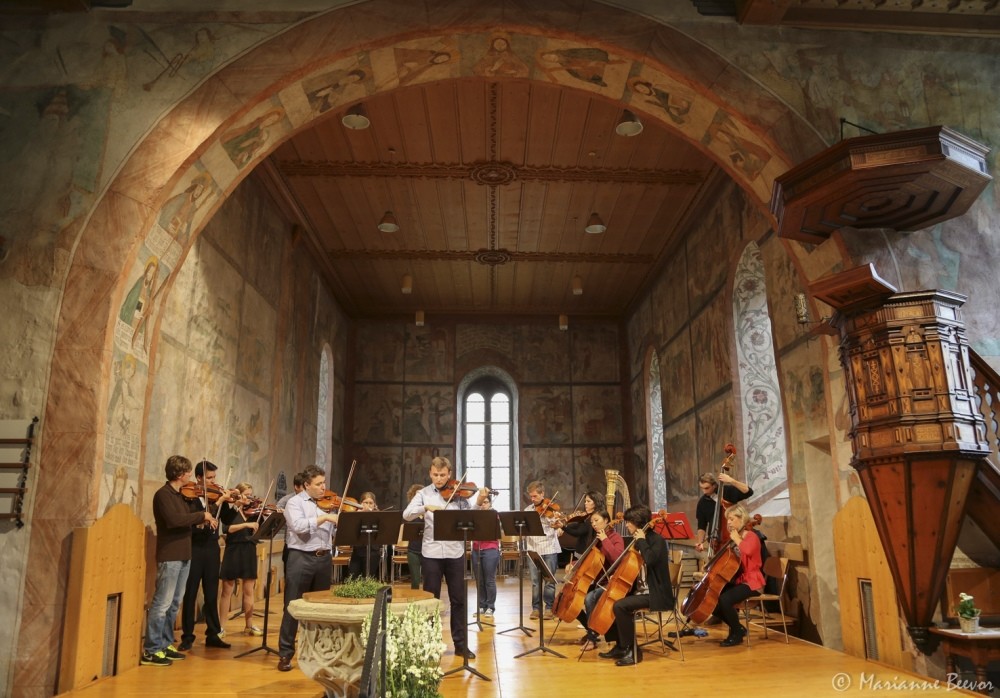 u201cWe, the artists, desire to be loved by our audience and friends. Therefore, I am very lucky. Those who come to listen to me know my music and love it, which is what makes me most happy,u201d Karaindrou said.
by Zeynep Esra İstanbullu Jun 07, 2016 12:00 am
The 44th Istanbul Music Festival will commemorate the 100th birthday of Yehudi Menuhin, one of the greatest musicians and visionaries of the 20th century, with an exclusive concert. Menuhin gave a concert at the very first Istanbul Music Festival, one which is still remembered by devoted followers of the festival. The Menuhin Music Academy, which brings young and talented artists all over the world together, is among the guests of this year's festival.

As part of the 44th Istanbul Music Festival, Menuhin Music Academy soloists will give a concert with Maxim Vengerov on June 9 at the Lütfi Kırdar Congress and Exhibition Center, under the sponsorship of Bell Holding and Organik Holding.

Regarded as one of the best living violin virtuosos in the world, Vengerov won some of the most important awards in the music world including a Grammy, Gramophone, Echo and Edison. He will conduct the concert and take part as a soloist as well. During the concert, Menuhin Music Academy Soloists will perform the most enjoyed pieces from repertoires for bowed string instruments, such as Bach's Concerto for 2 Violins in D minor, BWV 1043, Mozart's Violin Concerto No. 5 in A major, K.219 and Tchaikovsky's Melancholy Serenade, Op. 34 for Violin and Orchestra.

Founded by Yehudi Menuhin in 1977 in Switzerland's Gstaad to pass down violin mastery to succeeding generations, the Menuhin Music Academy has educated violinists, violists, and cellists from around the world for the last 40 years. Known for their large repertoire, technical excellence, as well as fresh and natural music, Menuhin Music Academy soloists have given concerts at the London Royal Festival Hall, Champs Elysées Theater, Amsterdam Concertgebouw and Edinburgh Festival. Maxim Vengerov started playing the violin at the age of five, and has been playing with prominent orchestras at the most important music centers ever since. Vengerov, who is interested in different music genres and inspired by baroque, jazz and rock music, became the first classical music artist to be chosen as a goodwill ambassador by UNICEF in 1997. The musician is one of the most in-demand soloists of the classical music stage and continues to impress audiences with his success as a maestro as well. Vengerov has given concerts with the Berlin Philharmonic Orchestra, London Symphony Orchestra, BBC Symphony Orchestra, New York Philharmonic Orchestra, Chicago Symphony Orchestra, Montreal Symphony Orchestra, Mariinsky Theater Orchestra and Hong Kong Philharmonic Orchestra.

Vengrov is currently employed at the London Royal Music Academy as "Professor Menuhin," and has been serving as the director of Menuhin Music Academy since 2011.

Tickets for this special concert can be purchased on the official website and counters of Biletix, the counter of Istanbul Foundation for Arts and Culture (İKSV), or at the main counters at Lütfi Kırdar Congress and Exhibition Center right before the concert. The Istanbul Music Festival concerts are free of charge for the students of the state conservatory.
RELATED TOPICS