Peruvian electro duo travels in time and into roots 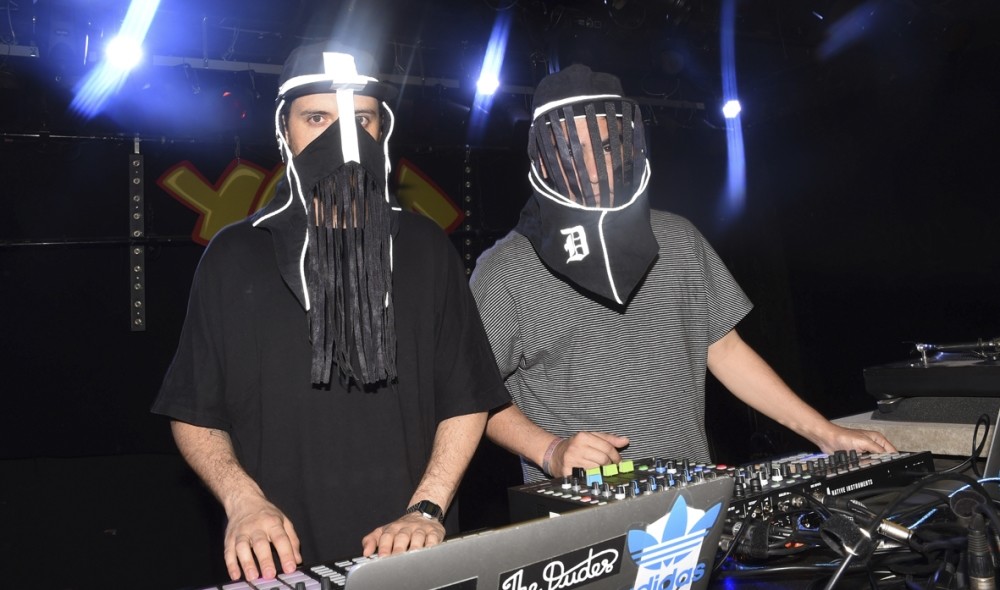 by Jun 16, 2016 12:00 am
Electronica may be the music of the future but for the Peruvian duo Dengue Dengue Dengue, it is also a gateway to the past.

The group has built a fan following abroad, especially on the club and festival circuit in Europe, with a style dubbed as tropical futurism that merges electronic beats with Latin cumbia dance music.

For the Lima-based band's latest album, Dengue Dengue Dengue has moved subtly away from the pulsating sounds of cumbia and deeper into the African roots of the genre.

The album, which comes out on June 24, is titled "Siete Raices," or "Seven Roots," the name of a powerful drink from the Peruvian jungle that is said to be an aphrodisiac.

But the imagery could also be a metaphor for the artistic approach of Dengue Dengue Dengue, which is eager to delve into the diverse ethnic mix and musical heritage of Peru.

Tracks such as "La Rama de Tamarindo" ("The Tamarind Tree") and "Murdah" open as explorations of traditional Afro-Peruvian percussion and vocals before thumping electronic bass and beats kick in.

Other tracks bring in the Afro-Peruvian influence more gently, creating a musky and mystical air as the duo rejects any suggestion that electronic music needs to be danceable.

The album's first single, "Guarida" ("Lair"), is a steady-paced progression of understated rhythms and humming coupled with the melancholic voice of Madrid-based singer Sara Van.

The song is accompanied by a video that brings together futurism and the heritage of Afro-Peruvians, one of the country's least discussed minorities whose numbers vary widely in estimates.

In the video, archaeologists - led by a small thatched-headed creature with a flashlight for an eye - are seen exploring an Afro-Peruvian home where portraits hang on the wall of artists including Dengue Dengue Dengue.

The archaeologists then travel through time and dust off a bare-bosomed deity who breaks out of the soil and shifts gracefully to the rhythm.

"The music is definitely the guideline from where everything develops, but we take as much care and dedication to the visuals, masks and video clips as we do to the music," duo member Rafael Periera told AFP. "The only constant in the project is change, and we apply this to all the aspects of what we do. At some point in time we would like to even add smell and flavor to our shows," he said.

Dengue Dengue Dengue - whose name comes from local slang for anticipation of a party and not from dengue fever - is a rare Peruvian act in recent years to have won a following, even if niche, outside of the Spanish-speaking world.

The duo's early works partly offered a revival of chicha, the psychedelic rock with roots in cumbia that emerged in Peru in the late 1960s and took on a new life in New York and London.

Dengue Dengue Dengue's rise comes amid the soaring popularity of electronic music - not just in dance clubs but increasingly in more eclectic circles.

"Siete Raices" is the second album by Dengue Dengue Dengue released on Enchufada, the Portuguese label affiliated with Buraka Som Sistema, the influential Lisbon collective that has infused electronica with African influences. Dengue Dengue Dengue member Felipe Salmon said that the duo felt especially at home in Europe, where the interest in electronic music allowed ample room for experimentation. "There is definitely a wider spectrum of styles worldwide than 10 years ago, and the audience is more open to new stuff from abroad," he said.
RELATED TOPICS