Tale of Brazil slum orchestra has audiences in tears 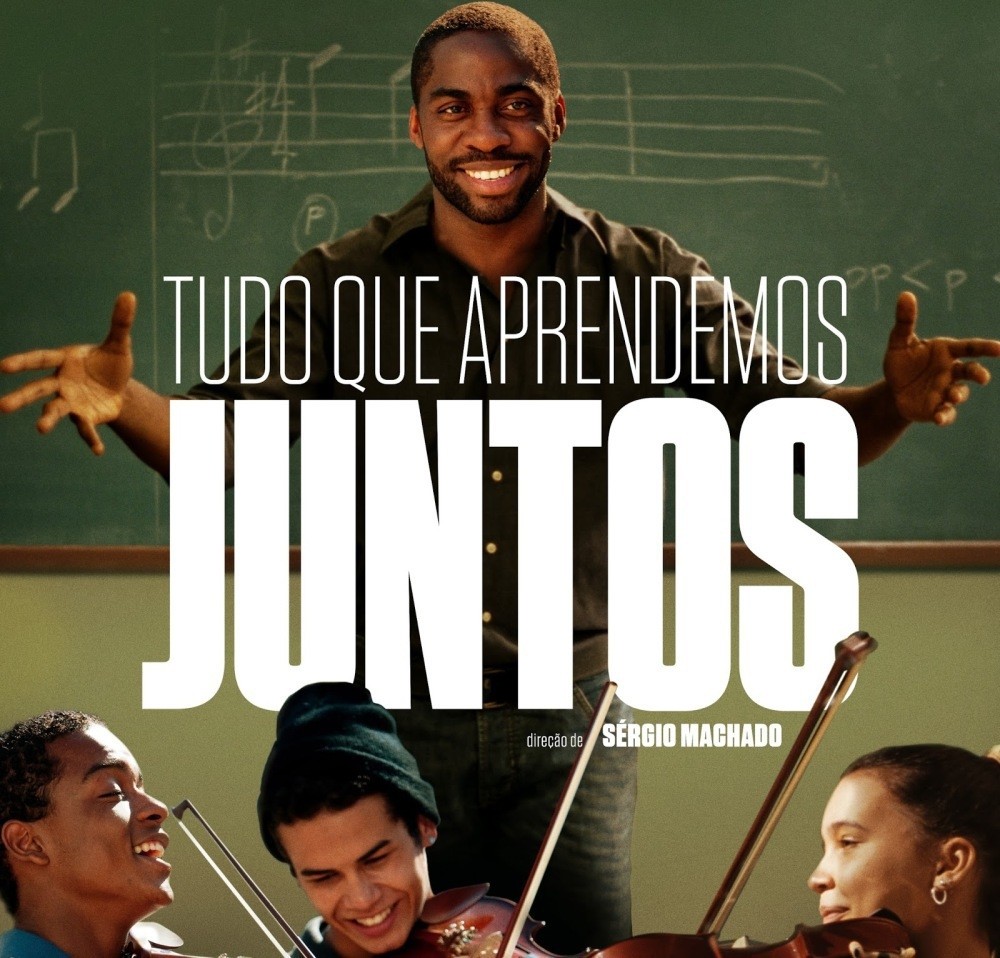 by Jun 18, 2016 12:00 am
It's what modern fairytales are made of. A classical violinist wracked with self-doubt takes a job teaching children in one of Brazil's most crime-ridden favelas, and ends up creating an orchestra with young delinquents and teenage mothers. Except the story behind "The Violin Teacher," a film that has been moving audiences to tears, is true.

And the Latin American movements it is based on, which teach poor children how to play instruments after school, have been hailed as the future of classical music.

Having seen his young actors drawn from a tough Sao Paulo slum learn to play Bach as he shot the film, director Sergio Machado is now evangelical about the city's Baccarelli Institute.

"It is magical. What they do is fantastic," he told AFP in an interview by phone from Brazil. Machado's own 11-year-old son was so impressed by what he saw happening on set that he took up the violin himself.

The institute, set up by musician Silvio Baccarelli in 1996 in the sprawling favela of Heliopolis, is "one of the most important cultural projects in Brazil," Machado said.

Inspired to some degree by Venezuela's El Sistema movement, which has produced a long line of classical music prodigies from equally humble backgrounds including Gustavo Dudamel, now head of the Los Angeles Philharmonic, it aims to give children a refuge from often chaotic and dangerous lives.

Three thousand children a year pass through the institute, which has been championed by the Indian-born star conductor Zubin Mehta.

Machado was initially sceptical about the method before being utterly won over.

"The great conductor, Italian Claudio Abbado said that because of this and what El Sistema is doing, Latin America is the future of classical music. And he is right."

The director said he didn't set out to make a sugary tearjerker that just played on the emotions but wanted to reflect the true reality of people's lives.

"Yet there is hope. I wanted to do a film about people who are trying to change this really dark reality," he added.

"All of the kids in the film are non-actors. They all came from that community and brought their own experience into the film and they are playing themselves.

"There is one scene where a girl starts screaming about her life. That is real, she is talking about herself," he said.

At first, Machado wanted to cast a white actor as their inspirational teacher "because I was kind of thinking of myself."

But Lazaro Ramos, one of Brazil's biggest stars, begged him to play the violinist, a gifted soloist who cracks during an audition for the Sao Paulo Symphony Orchestra.

"He wanted it so much. 'I have never begged for a part in my life,' he told me. 'I need to do this, because it's my life. I come from places like this and this happened to me.' "Just as in the film, a brilliant teacher spotted Ramos's talent and helped save him from the streets.

Ramos "comes from a very, very tough situation," Machado said. "His mother died when he was very small, he has known hunger and the worst kind of problems and yet he became a star." That helped him bond with the children of the favela in the orchestra, Machado said. "He is what all these kids want to be. He understands them. They are what he was. We became very close."

And with the exception of the final concert, when the institute's orchestra took up the relay, all the music in the film, from rap to Strauss, is played by the actors."In a normal city the musicians come from the middle classes. Here they come from the common people, really the common people," Brazil's most revered conductor Isaac Karabtchevsky, who loves to work at the institute, said."I find it amazing that you can play Mahler with these children. I believe that God is there." "The Violin Teacher" will be released across much of Europe and Asia this summer.
RELATED TOPICS