Festival to jazz up Istanbul 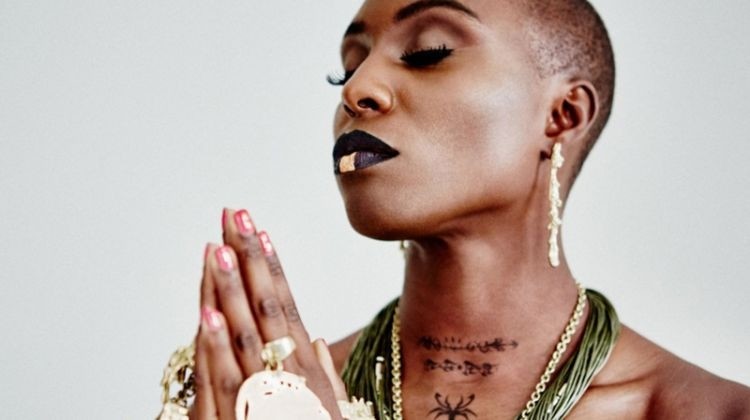 The Istanbul Foundation for Culture and Arts has prepared a gorgeous program for the 23rd Istanbul Jazz Festival, which is set to bring together respected jazz talents with enthusiastic jazz-lovers in various venues in Istanbul's night breeze

Organized by the Istanbul Foundation for Culture and Arts (İKSV) and sponsored by Garanti Bank for the past 19 years, the 23rd edition of the Istanbul Jazz Festival takes place between June 27 and July 25, hosting leading names from the world of jazz and stars of contemporary music in different venues around Istanbul. The festival welcomes over 200 Turkish and international musicians and gives music lovers in Istanbul the chance to see jazz legends in more than 50 concerts in 26 venues. The festival includes a wide range of jazz, funk, world music, blues and rock performances, with highlights such as the legendary Nile Rodgers and his group CHIC, as well as Damon Albarn, Joss Stone, Branford Marsalis, Kurt Elling, Kamasi Washington, Ernest Ranglin, Laura Mvula and Roy Hargrove. The Jazz in the Parks and Night Out events will be on the Asian side of Istanbul. The festival will also host an exclusive event for children: "A Childlike Day," featuring performances and workshops for children.

Produced by Damon Albarn, Lil' Silva and Brian Eno, the Africa Express project collaborates with the Syrian National Orchestra for Arabic Music under the baton of conductor Issam Rafea for a special live performance. A member of Blur and cult band Gorillaz and one of the most productive names in rock music, Albarn collaborated with the orchestra for the Gorillaz's 2010 album "Plastic Beach." With this project, Albarn pays homage to Syrian culture and music. Performing a limited number of concerts and coming to Istanbul after appearing in the Holland Festival, the Royal Festival Hall and Glastonbury, this special project is presented by Africa Express as a joint commission of 14-18 NOW and the Holland Festival. The preparation for the project's Istanbul performance is undertaken by the Istanbul Jazz Festival and the Istanbul Music Festival.

The king of disco and funk, the face of the Fender Stratocaster and the composer of almost a third of our best loved hits, from the songs of Madonna to Bowie, Nile Rodgers gives his first ever concert in Turkey along with his band CHIC. Rodgers has played a huge role in the careers of many stars, including David Bowie, Duran Duran, Madonna, INXS, Diana Ross, Daft Punk, Lady Gaga and Kylie Minogue, having produced their albums and created unforgettable disco and funk riffs. Rodgers will echo the unforgettable disco days with his band CHIC, which can be considered his true family. Prior to Rodgers' performance, half American half New Zealander psychedelic pop, indie rock ensemble Unknown Mortal Orchestra heats up the stage. The Unknown Mortal Orchestra is a distinguished band with melodic songs that range from lo-fi to psychedelic pop. Under the leadership of front man Ruban Nielson, the ensemble previously performed in Istanbul at İKSV's Salon.

A jazz night with Özdemir Erdoğan

One of the veteran figures of Turkish popular music and jazz, Özdemir Erdoğan, promises a nostalgic night to Istanbulites as a part of the Istanbul Jazz Festival. Erdoğan, who will receive the Istanbul Jazz Festival's Lifetime Achievement Award this year, will perform classics such as "İkinci Bahar" (Second Spring) and "Sevdim Seni Bir Kere" (I Loved You Once), as well as a retrospective of his jazz works, including his latest album "Türkiye Jazz Tarihinde Işıksız Kalanlar" (Pieces from Turkish Jazz History That Remained in the Dark).

Where: The garden of Istanbul Boys High School

Trumpet virtuoso and multi-instrumentalist Nicholas Payton shares the stage with American vocalist Jane Monheit who earned a Grammy nomination a few years back. The duo will perform a selection of songs by Louis Armstrong and Ella Fitzgerald.

The duo Kamasi Washington and Ibey

The brand new maestro of saxophone and modern jazz Kamasi Washington visits Turkey as a part of the 23th edition of the Istanbul Jazz Festival. Washington featured as guest wind instrument player on the 2015 albums of Thundercat and Kendrick Lamar, artists in the top 11 of Flying Lotus record label Brainfeeder. Regarded as one of the star representatives of contemporary jazz, Washington will display his jazz genius at Beykoz Shoe Factory, one of the festival's new venues. Before Washington's performance, French-Cuban twins Ibeyi, XL Recording's new transfer to the music world performs a repertoire full of soul and down tempo rhythms.

Consisting of Airelle Besson on trumpet, Emile Parisien on saxophone, Vincent Peirani on accordion, Thomas Encho on piano, Thomas Brameris on double bass and Anne Paceo on drums, French Quarter will fill the Uniq Open-air Stage with French jazz rhythms, revealing the best of contemporary French jazz to festival-goers. After French Quarter's performance, Hugh Coltman will deliver an homage to the inner world of Nat King Cole with songs from his "Shadows" album.

"A Childlike Day" at the festival

For the first time this year, the festival hosts an event for children, "A Childlike Day," featuring performances by Oran Etkin Timbalooloo, the Hakan Başar Trio and the Music for Peace Brass Band and give children the chance to experience the festival spirit, discover their musical talents and take part in fun workshops.

Jazz in the Park

"Jazz in Park," which is free of charge, takes place in Fenerbahçe Park and Fenerbahçe Khalkedon this year. During the concerts, finalists from the "Young Jazz Competition" take the stage. For further information, visit caz.iksv.org.

The Night Out event, which took place in various venues in Kadıköy last year, offer a broader program this year. The event will feature concerts by 31 musicians and groups, including Elif Çağlar, DANdadaDAN, Yasemin Mori, She Past Away, Plaistow, Hey Douglas, Önder Focan & Şallıel Bros, Oceanvs Orientalis and many others in 13 popular venues. For further information, visit caz.iksv.org.

British singer and songwriter Laura Mvula, who has already achieved so much in her short career and topped the charts, and Jacob Collier, described as "the new messiah of jazz" by the Guardian, will present new music in the historic garden of the Embassy of Germany's Tarabya Summer Residence.

One of the strongest voices in Britain, Joss Stone, returns for the 23rd Istanbul Jazz Festival. Hailed as the Aretha Franklin of the 2000s, Stone kicked off her musical career at the age of 17, and since then she has received numerous Mercury, BRIT and Grammy awards and nominations and recorded seven studio albums. Thanks to her success, songwriter-singer Stone has become one of the most successful females under 30 in Britain. Stone who released her album "Water for Your Soul" in which she sets out on an adventure in reggae will be the guest of the festival once again with her cult songs. The band Vintage Trouble, which became widely known after their live performance on Jools Holland's show, will heat up the stage as the opening act.

American jazz vocalist and winner in the 2014 Grammy's for "Best Jazz Album," Gregory Porter, and the impressive jazz vocalist Roberta Gambarini will share the stage with TRT Jazz Orchestra, which consists of veteran musicians such as Neşet Ruacan and Ferit Odman, to present an exclusive performance to festival-goers. Following the concert, Porter will give a special solo performance featuring songs from his latest album.