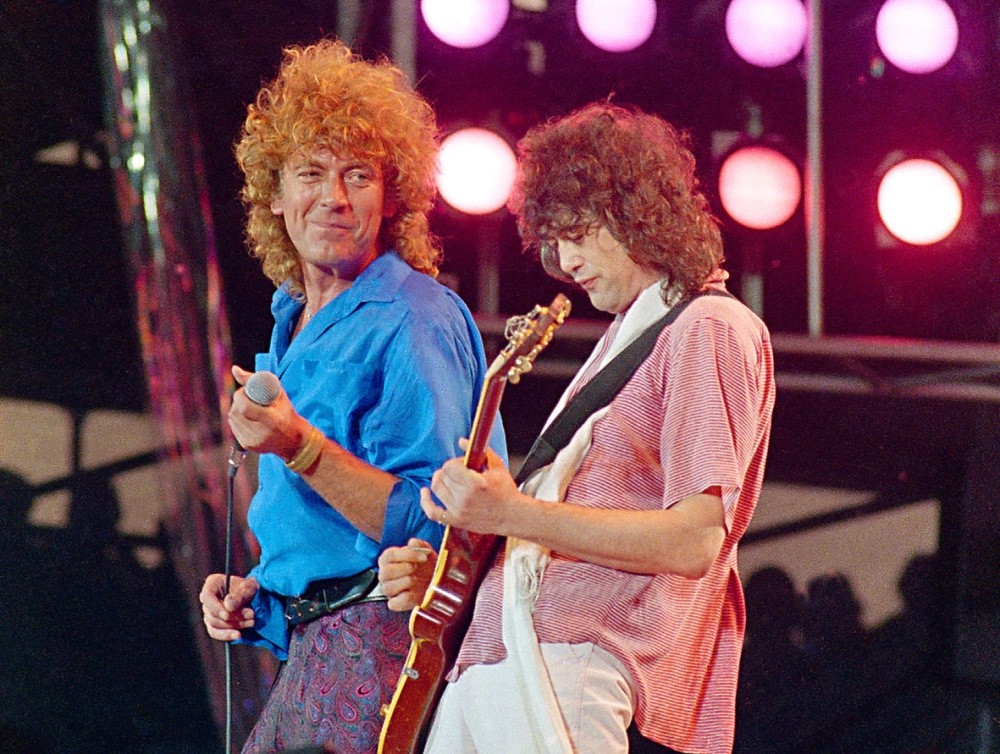 The jury in federal court in Los Angeles rejected claims by songwriting duo Robert Plant and Jimmy Page that they had no access to "Taurus," by the 1960s psychedelic five-piece Spirit.

But the panel of four men and four women said there was no proof that the two songs were sufficiently similar for Spirit's copyright to have been breached.

Both men - who have attended every day of the trial in sober, dark suits, their hair tied back in ponytails - remained expressionless as they were exonerated.

The jury came to its unanimous verdict shortly after Judge Gary Klausner had agreed to their request to hear acoustic guitar renditions of "Taurus" and "Stairway" played side-by-side for a final time.

It was the culmination of a seven-day trial in the case brought by Michael Skidmore, the trustee and friend of Spirit guitarist Randy California, who long maintained he deserved credit for "Stairway" but drowned in 1997 having never taken legal action over the song.

Skidmore's attorney Francis Malofiy told reporters the plaintiff and his team were "disappointed and upset." He criticized the court's decision to allow the jury to hear only acoustic renditions of the disputed parts of the songs, rather than the original recordings.

"We have to respect the jury's decision in light of the evidence shown. We proved access but the jury never heard what [Plant and Page] had access to," he said.

Asked if Skidmore would consider appealing, Malofiy said his legal team would take decisions on any future action "one step at a time."

The suit, filed by Skidmore two years ago, sought damages and claimed California deserved a songwriting credit so that he could "take his place as an author of rock's greatest song."

"Give credit where credit is due. This case has always been about credit," Malofiy said as he presented his closing arguments on Wednesday.

The lawsuit comes amid a rise in such copyright cases, with the family of Marvin Gaye last year controversially winning more than $7 million from a jury over the song "Blurred Lines" by Robin Thicke and Pharrell Williams.

The judge rejected Led Zeppelin's argument that it was too late to file a lawsuit, pointing out that the band released a remastered version of "Stairway to Heaven" in 2014.

"Stairway" is estimated to have grossed $3.4 million during the five-year period at issue in the civil trial, although Skidmore's legal team was asking for damages of up to $13.5 million.

Experts estimate that the lawsuit may have cost California's trust up to $1 million.

Zeppelin opened for Spirit when the hard rockers - Plant, Page, John Paul Jones and the late John Bonham - made their U.S. debut on Dec. 26, 1968 in Denver. But the surviving members submitted testimony that they never had substantive interaction with Spirit or listened to the 1967s "Taurus" before recording "Stairway" in December 1970 and January 1971. Experts called by the plaintiffs said there were substantial similarities between key parts of the two songs, but defense witnesses testified that the chord pattern used in the intro to "Stairway" was so commonplace that copyright didn't apply.
RELATED TOPICS