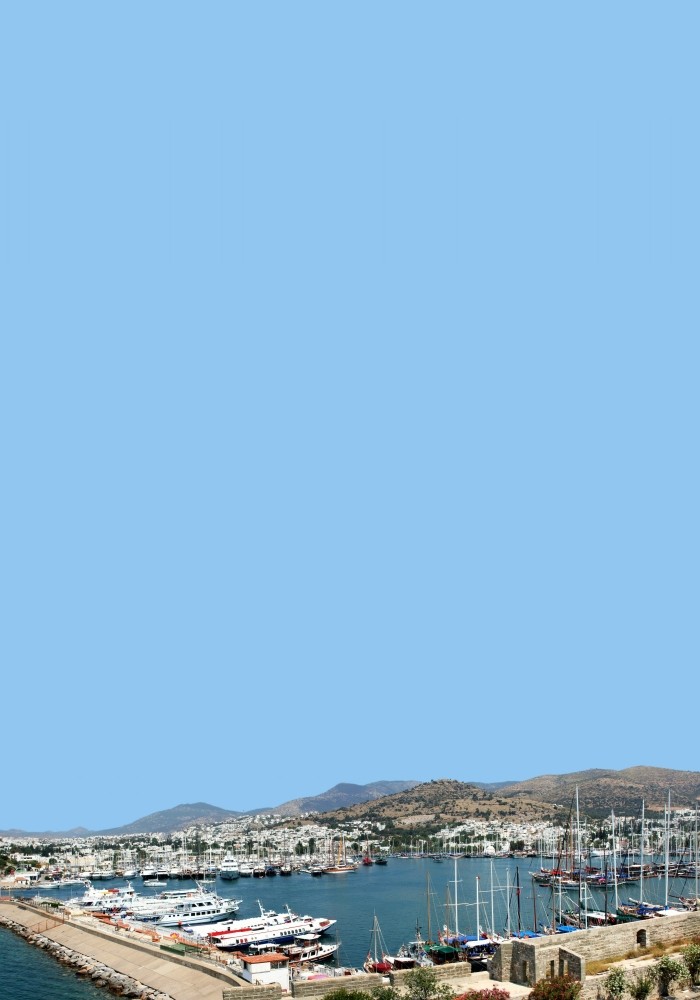 Those who prefer to enjoy the natural beauty of Bodrum blending the blue and the green along with colorful venues, can raise the quality of their vacations with many acclaimed figures of classical music between Aug. 20 and Aug. 27

The 12th edition of the International D-Marin Classical Music Festival starts in Bodrum in Muğla on Aug. 20, and will fill the Bodrum Peninsula with classical music through Aug. 27. The festival opens with a concert by pianist İdil Biret and the Presidential Symphony Orchestra under the baton of Ender Sakpınar. Following the opening performance, the festival will host world renowned artists and orchestras, including the London Chamber Orchestra, Vladimir Ashkenazy, Daniel Kharitonov, Lucienne Renaudin-Vary, Monica Molina, the Bilkent Symphony Orchestra, İbrahim Yazıcı, the Nazım Hikmet Choir, the Zürih Tonhalle Orchestra, Lionel Bringuier, Gautier Capuçon, Patricia Kopatchinskaja and Lura.

Award to be presented to İdil Biret 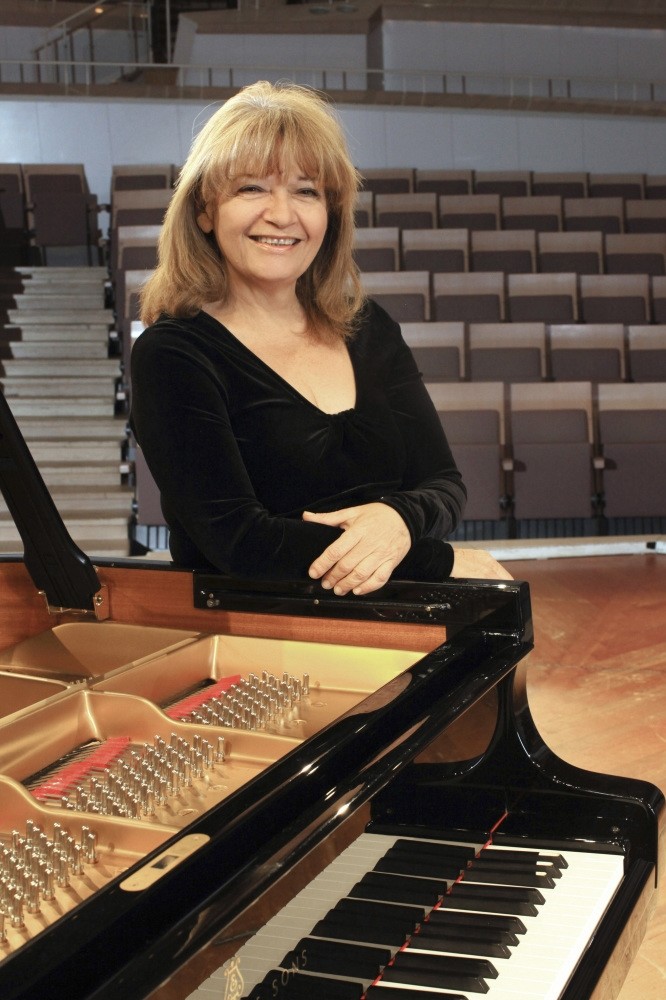 Before the concert, the 12th International D-Marin Classical Music Festival will present an award to Biret. Considered one of the pianists with the largest repertoire, Biret graduated from the Conservatoire de Paris (Paris Conservatory) in 1957 with the highest title in music. She gave her first recital in the Paris Conservatory at the age of eight and has been praised by critics, fellow artists and music lovers for her performances, recordings and numerous awards. Biret, who is a source of pride for Turkey, continues to perform even though she has celebrated her 75th birthday, and has marked the occasion with a release of special recordings.

Mediterranean breeze at the festival 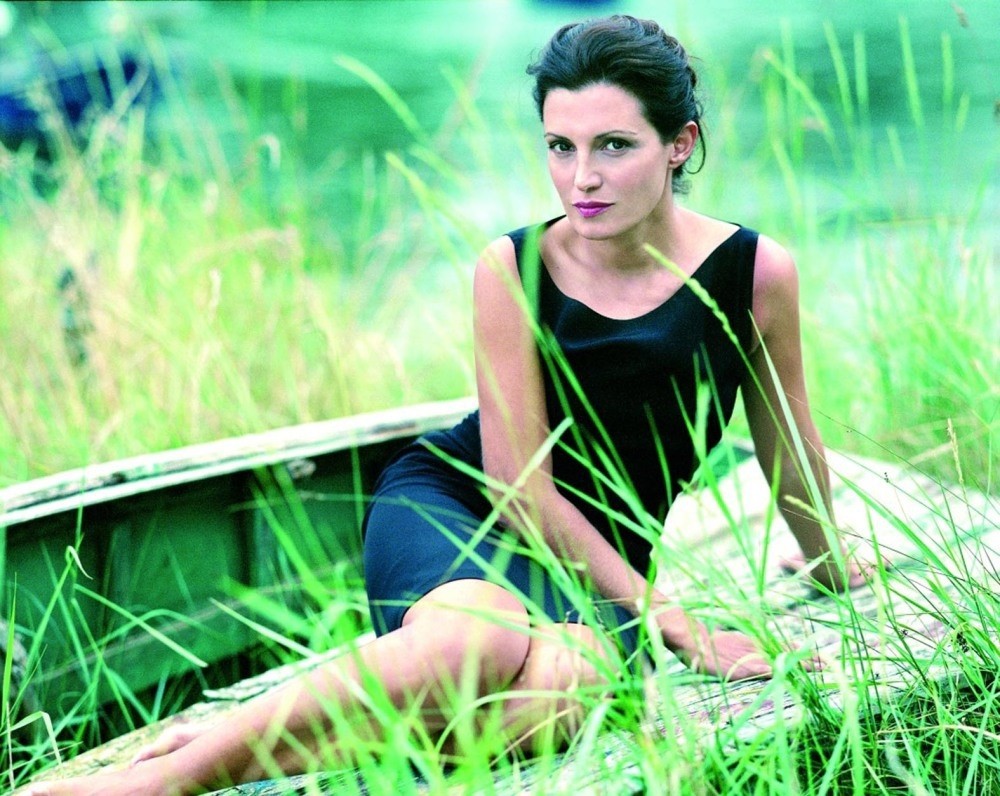 Spanish composer, musician and actress Monica Molina, nominated for a Grammy for "Best Latin Music Singer" numerous times, appears in the festival with an exclusive orchestra on Aug. 23 on the D-Marin Turgutreis Main Stage. The Spanish diva has been praised by music lovers for her album "Mar Blanca," in which she covered songs by her father, also a famous Spanish singer. In Bodrum she will perform songs featured on her latest album for the first time in Turkey.

Lura, who caught music lovers' eyes with her performance of "Flor di nha esperanca" in director Carlos Saura's 2007 film "Fados" is one of the world renowned artists hosted by the festival at Bodrum Castle. Luna presents a repertoire featuring old and new songs on Aug. 27.

The 12th International D-Mari Classical Music Festival welcomes the UK's prominent London Chamber Orchestra and conductor Vladimir Ashkenazy to the main stage on Aug. 21. Under the baton of veteran conductor Ashkenazy, the orchestra will be accompanied by two talented musicians on the rise: pianist Daniel Kharitonov and trumpeter Lucienne Renaudin-Vary. Since the day it was founded, the UK's oldest professional orchestra, the London Chamber Orchestra has performed compositions by renowned composers for the first time and still organizes premiers with contemporary composers. The orchestra will present a repertoire consisting of compositions by two musical geniuses. Lucienne Renaudin-Vary is the winner of the Les Victoires de la Musique Classique Award for "Best New Discovery" in 2016 in France, while Daniel Kharitonov won third place in the 15th International Tchaikovsky Competition. Kharitonov has been a soloist in the Mariinsky Theater Orchestra, the Tchaikovsky Symphony Orchestra and the Moscow Virtuosi Chamber Orchestra since the age of 12.

The Tonhalle-Orchestra Zürich (Tonhalle Orchestra Zürich), which has numerous international awards, is another prominent orchestra featured in the program. Under the baton of conductor Lionel Bringuier, one of the young, active conductors in classical music, the orchestra will present two different programs on the D-Marin Turgutreis Main Stage on Aug. 25. During the first concert, French soloist Gautier Capuçon will accompany them on the stage. Regarded as one of the most prestigious in the world, the Tonhalle-Orchester Zürich brings more than 100 musicians from 20 countries together. Founded in 1868, the orchestra has performed with prominent musicians, such as Rudolf Buchbinder, Alfred Brendel, Gidon Kremer, Sabine Meyer, Joshua Bell and Yo-Yo Ma. The orchestra has continued its work with music director and conductor Lionel Bringuier for two seasons. 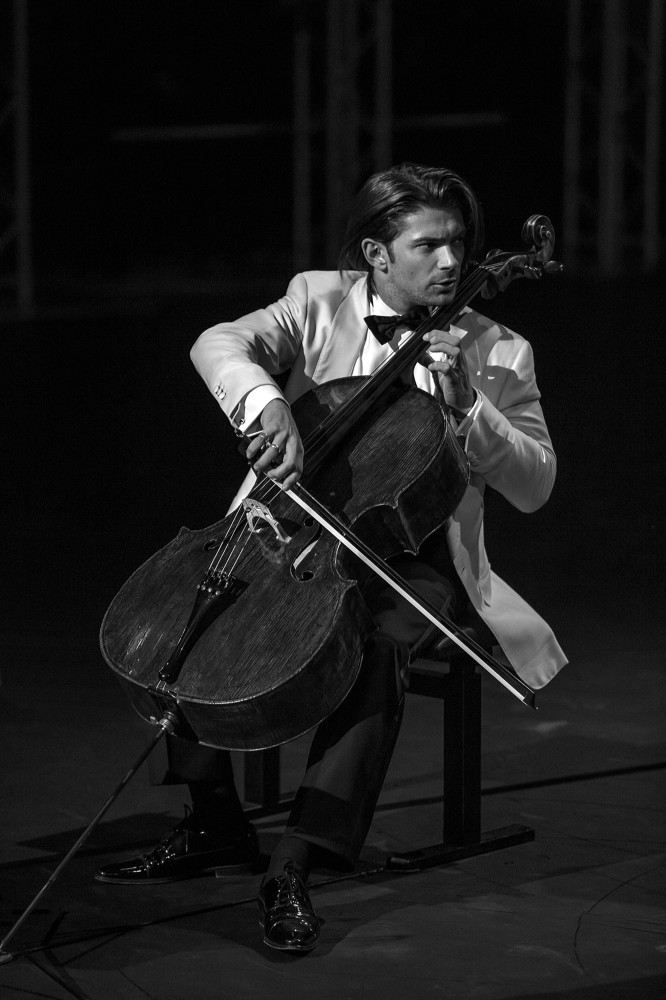 Gautier Capuçon, one of the most talented cellists in current classical music due to his recordings and live performances, was called the Talent of the Year" after winning the André Navarra Award in 2001. He also received the Borletti-Buitoni Foundation Award and Echo Klassik. He has shared the stage with the Berlin Philharmonic, the Royal Concertgebouw, Staatskapelle Dresden, the New York Philharmonic, the London Symphony, the Philadelphia Symphony and the Boston Symphony Orchestra and collaborated with Sir John Eliot Gardiner, Kirill Petrenko, Gustavo Dudamel and Charles Dutoit. Capuçon founded Classe d'Excellence de Violoncelle two years ago in Paris and gives cello lessons to talented young musicians all over the world, becoming their source of inspiration.

The Tonhalle-Orchester Zürich gives its second concert on Aug. 26 at D-Marin Turgutreis Main Stage accompanied by violin virtuoso Patricia Kopatchinskaja during a performance of Tchaikovsky's violin concerto. Kopatchinskaja has been a shining star in classical music in recent years. Her album in which she performs Tchaikovsky was one of the most appreciated classical music albums the year it was released. Kopatchinskaja is also an active soloist who maintains her orchestra and chamber music works throughout the year. She will perform with Staatskapelle Berlin, La Chambre Philharmonique, the Chamber Orchestra of Europe, the Houston Symphony and the Seattle Symphony Orchestra this year.

Sunset and morning concerts, praised by music lovers for the last decade, continue this year. Triopax, Ferhat Can Büyük, Çellistanbul, Emre Engin, Cansın Kara, Oxana Shevchenko, the Mavi Quintet under the leadership of Baziki, the Boğuç Fagot Quartet, Ayşe Şenogul, Mehmet Ariç and Ezgi Anıl will heat up the festival program with their concerts. The "Paquito" Trio's concert with soloist Ezgi Anıl at Myndos Gate, known as "the gate of the ancient city, on Aug. 27 promises a unique experience for music lovers.

The festival will feature various side events, such as workshops for children under the coordination of Sahne Istanbul, open-air film screenings, food workshops with d.ream Akademi and fairytale reading with adults. Moreover, a group exhibition curated by the Gaia Gallery will turn Bodrum into an art and culture hub.
RELATED TOPICS