DJ performances to be colored by paint party 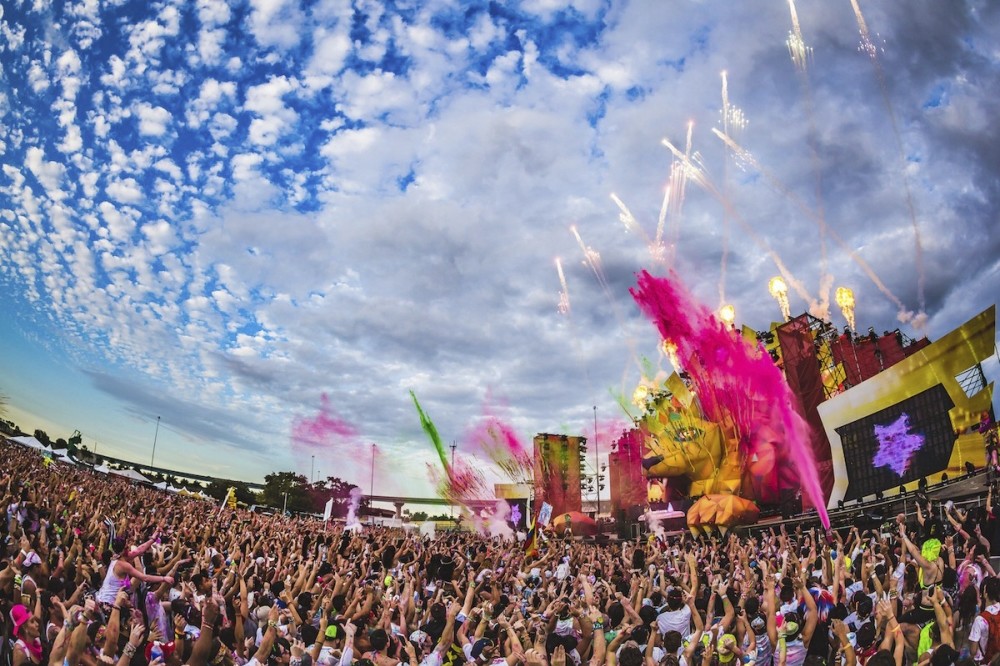 Set to be held at Life Park on Aug. 6, the Life in Color festival promises to offer quality electronic music by world-famous DJs, as well as a colorful paint party that will enable you to feel like a child again

The world's most colorful party, Life in Color, revisits Istanbul tomorrow after the party previously enchanted Istanbulites with the Unleash and Big Bang Tour. Life in Color offers music lovers a chance to get away from the chaos of the modern metropolis and enjoy a beautiful summer day filled with live performances from renowned DJs, extraordinary stage shows and surprises. Throughout the day, electronic music lovers will have a chance to watch shows on two stages erected exclusively for the festival. Colorful paints will be sold in the festival area. The paint is water-based, does not pose any threat to health, and can be easily cleaned with water.

Here are the DJs that will take the stage at Life in Color:

Considered as one of the biggest and most successful DJs and producers of the 21st century, Fedde Le Grand previously performed in Istanbul as a part of the Sensation event and Top 100 DJs World Tour. This time the DJ promises a special performance.

Carnage, the successful representative of the Trap, hard-style, electro-house and hip-hop genres, will take the stage at the Life in Color Festival and perform in Istanbul for the first time.

Atmozfears embraced hard-style music in 2008 and turned out to be one of the prominent representatives of the genre. The acclaimed DJ is ready to give his best performance in Istanbul on the Life in Color stage.

Perhaps one of the most colorful performances of the Life in Color Festival, which brings musicians from different genres together under the same roof, will be Boiler. The DJ will get behind the DJ set and play the best examples of deep house and organic music.

One of the most successful representatives of Dubstep, electronic house and hip-hop genres, Caked Up, also known as Oscar Wylde, is getting ready to rock the Life in Color Festival stage with a performance that you will not forget.

Dannic, who made a grand entrance to the world of electronic music with singles "Zenith," "Dear Life," and "Radical," has taken the main stage at prominent electronic music festivals all over the world. To brighten up the audience, Dannic will perform at the Life in Color Festival tomorrow.

Danny Avila was one of the DJs who performed at Unleash, which was the first festival of the Life in Color series. Avila returns to the Istanbul stage once again to stir up electronic music lovers with his set.

Following the release of his singles from Fusion Records and Scantraxx Records, Noisecontollers raised the bar high with his own record company Digital Age. Noisecontrollers, considered one of the most successful DJs of his age, will surely jazz up the Life in Color stage.

Canadian DJ duo Paris & Simo, who secured their place in the world of electronic music thanks to the support of prominent artists such as Hardwell, Tiesto, Martin Garrix and Nicky Romero, will present an exclusive performance tomorrow.

Pham was only 16 years old when she began to get behind the DJ set. Standing out with her style, Pham blends electronic music, hip-hop and other melodies. The young DJ will heat up the Life in Color stage in Istanbul.

Shapov was introduced to the music world as part of the band Hard Rock Sofa, which came together in 2005. After his success, Shapov decided to continue his music career as a solo artist and was listed among the top DJs thanks to his live performances at prominent music festivals around the world. He will take the stage on Aug. 6 and offer a great time to Life in Color festival attendees.

One of the successful duos in the electronic music scene, Sick Individuals, has released many hit singles and taken the main stage at world festivals. The duo is just one of the names that will rock the Life in Color Festival.

Sunnery James & Ryan Marciano are the first two DJs that come to mind for an unforgettable live performance at music festivals. The Dutch duo previously gave two unforgettable performances in Istanbul and now they are getting ready to get behind the DJ set with an epic repertoire.

The DJ duo Twoloud, who took the stage in the first edition of Life in Color just like Danny Avila, awaits electronic music lovers for a second run at Life in Color on Aug. 6.

The creator of "Let me Feel," "Ensemble," and "Overtime," the Dutch duo Vicetone toured the world and performed at the numerous cities around the globe. They will give their first live performance on the Life in Color stage on Aug. 6.

Arem Özgüç who became one of the most talented DJs in Turkey thanks to the support he received from Hardwell, Martin Garrix and Steve Aoki, comes to Istanbul after his successful performance at Life in Color, the Big Bang Tour, and Life in Color Kingdom.

Arman Aydın has turned out to be a successful DJ and producer following the support of Armin van Buuren, Tiesto and Dash Berlin. He will heat up the Istanbul music scene at the Life in Color Festival.

Servan Yanbay met with electronic music at a very early age. Having a passion for music, he got behind the set and became one of the most successful DJs in Turkey. He is getting ready to give his energetic performance at Life in Color.

Sheldon Blake will surely offer something extra to the Life in Color Festival with his energy and shows. He looks forward to surprising electronic music lovers at Life in Color.
Last Update: Aug 05, 2016 1:34 am
RELATED TOPICS