Summer to close with DJ performances 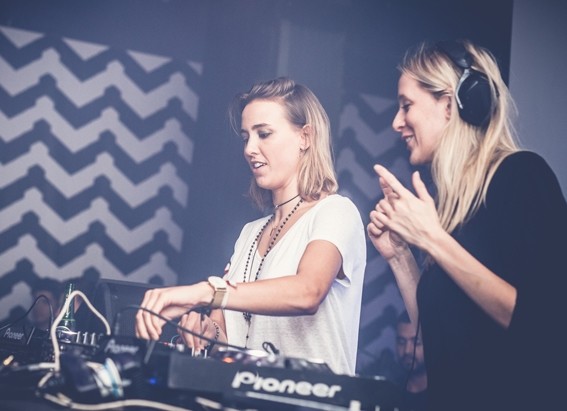 by daily sabah Aug 25, 2016 12:00 am
Organized by Kite under the sponsorship of Burn Energy Drinks for the first time, the Burn Sonance Festival will offer 14 hours of non-stop electronic music to festival-goers at Club Mirador in Ankara on Aug. 30. By bringing world-renowned DJs to Ankara, the festival aims to meet Ankara's longing for music festivals of high quality. The festival, which dwells along the banks of Lake Mogan, will host Mark Knight, tech-house British duo Infinity INK, Belgian duo Stavroz, MIDAS 104, Passone, UGR, DSKNNCT, DEMIRABI, Cem Vegas, British DJs Eli & Fur, who are known for their electronic tracks mixing house and dance music, Kenan Savrun, Melisa Su and Engin Kaptanoğlu in the DJ cabin.

Apart from its lineup, the Burn Sonance Festival also enables those that want to cool off in one large and one small pool in the festival complex, which covers a 6-decare area.

One of the legendary figures in electronic music, Mark Knight, has managed to produce number one hits in the house, deep house and tech-house genres in the last 10 years. He produced countless tracks and remixes and dominated the industry with his record company Toolroom Records, becoming one of the most important figures in the electro-music industry. Apart from the numerous Grammy Awards that he received, the DJ and producer also collaborated with Faithless, Black Eyed Peas and Underworld.
RELATED TOPICS