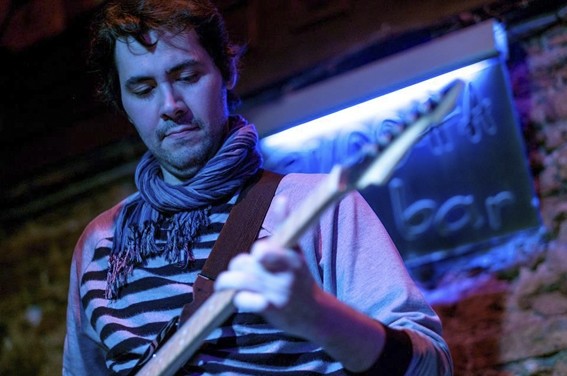 Offering insights into his newest album, Yavuz said he composed and wrote the lyrics of all the songs similarly to his 2015 debut album "Engin Blues." He insists on preforming his own songs on the stage. Yavuz said, "I write my lyrics in Turkish. My aim is to promote jazz, which is not so popular in Turkey, with Turkish lyrics."

He also dispelled critics' claims that there can be no jazz with Turkish lyrics. "Some cannot adapt Turkish lyrics to the rhythms of jazz. Artists simply have to work on their style to adapt it. Blues with Turkish lyrics is not exactly the same as the blues made by Americans. It surely has a different sound," he added.

Born in 1979, the artist began to play guitar during his high school years and around the same time founded his first rock band. Yavuz graduated from the Department of International Affairs at Galatasaray University and also completed his graduate studies at the Department of Economics at Marmara University. He continued for his PhD in sociology in Paris. He founded his first professional band in 2004, however, his band, MAT, split-up in 2007. While looking to add a spice to his music, Yavuz discovered blues and studied the history of this genre thoroughly. Yavuz, who has been interested in blues since 2013, performs his own songs solo or with various bands on the Istanbul's music stage. He released his debut album "Engin Blues" in 2015 and is ready to make a name for himself in Turkish blues scene with his new album.