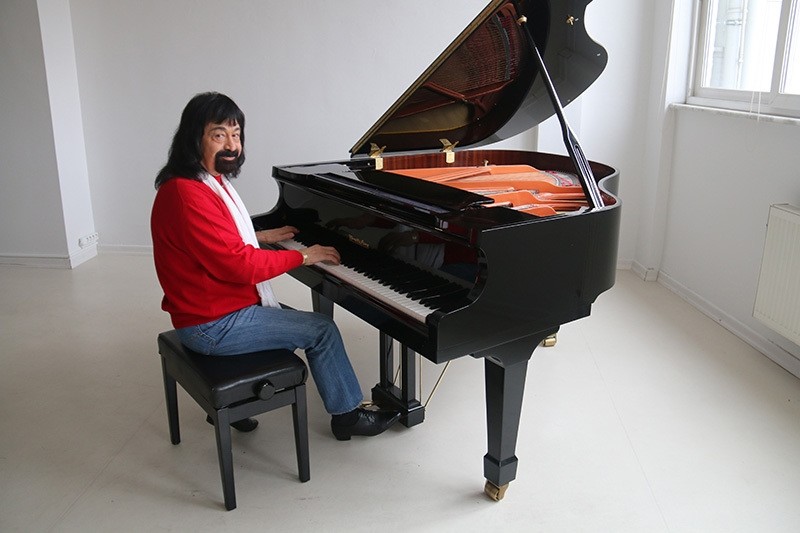 Jerry Hirimyan, an Armenian-Turk residing in Istanbul, has reflected upon the democratic fight on the failed July 15 coup attempt in an anthem "Turkey" dedicated to Turkish people.

Both an art director and producer, Hirimyan said he was deeply affected by what happened on July 15 and created the anthem in two days. "As an Istanbulite Armenian resident, I wanted to show what I felt that night.

On July 15, I was at home and received a call from my friends. I was shocked and thought it cannot be true," Hirimyan said, further adding that he tried to go to the municipal building in Beyoğlu's Saraçhane neighborhood where he works to learn what was happening but the bridge was closed down by a group of soldiers.

"I believe Turkish people showed an exemplary stance and unity," Hirimyan continued. "As an artist, I thought I was responsible to do something to tell what happened and what the Turkish people achieved. I started to compose the anthem that night," he added.

The anthem mentions the Turkish people who died during the clashes with the Gülenist Terror Group (FETÖ) that night, saying they are now in the garden of the haven. "They are fearless heroes and had their name in a legend," the anthem continues, stressing that those people died for democracy and millions took to the streets for democracy vigils.

Hirimyan is quite willing to present the anthem accompanied by a choir at an official ceremony. He is one of the active Armenian musicians in Istanbul having worked with international music groups and orchestras. He is specialized in piano and gives music training.