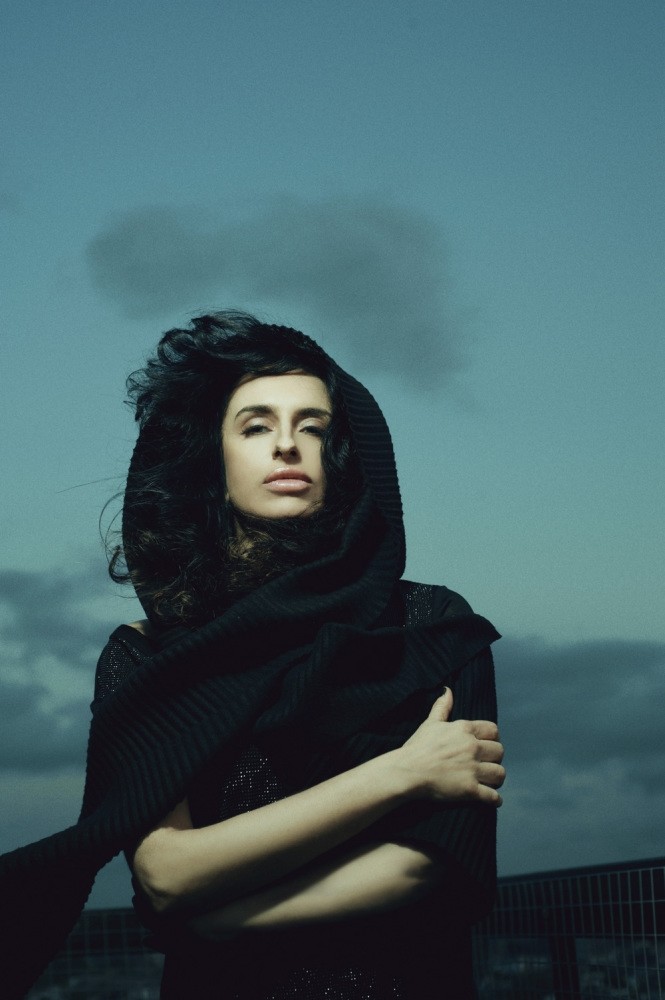 Nicole Moudaber
by Zeynep Esra İstanbullu Oct 27, 2016 12:00 am
Regarded as one of the most successful DJs around the globe, Lebanese techno-star Nicole Moudaber will perform at Garage Istanbul on Friday. On the same day, famous DJ duo Infinity Ink will play at Klein while one of the icons of dance music, DJ Marco Bailey, will perform at Garage Istanbul on Saturday night.

The Nigeria-born Lebanese producer and DJ's 2013 debut album "Believe" has remained at the top of the lists of Beaport techno, tech houses and deep house for an entire month. Moudaber, who was one of the pioneers that introduced dance music to Beirut, is collaborating with the most famous figures of techno music including Carl Cox and Adam Beyer. In 2015, Moudaber was chosen among the top 100 best DJs in the world by Resident Advisor.

Known for her unbelievable energy both on stage and in real life, Moudaber who is the founder of a record company and radio host is one of the most successful DJs in the world. The DJ has already conquered the world with her music and striking style and somehow manages to take her audience under her spell with her first song during live performances. Moudaber is one as the most in-demand DJ in the world and has taken the stage at well-known night clubs such as Space, DC10, Output and Stereo as well as at established music festivals including Glastonbury, Electric Daisy Carnival and Coachella.

Her radio show titled "In the MOOD" is broadcasted on 66 radio stations in 45 countries across the globe and she has reached to more than 15 million listeners. She releases her own albums as well as albums of artists whose style matches with her own at the record company Mood Records which Moudaber founded in 2013. She joined forces with Skunk Anansie's soloist Skin for their 2015 EP "Breed" and starred in a black-and-white music video together. Moudaber, who works with her mentor Carl Cox, also collaborated with Adam Beyer's "Drumcode" and Jamie Jones' "Hot Creations."

Moudaber's "Give me Luv," which has already become an Alcatraz classic, topped the Beaport chart in 2015. Living in between London and Ibiza, Moudaber also frequently travels to New York and Los Angeles.

Tomorrow, Infinity Ink will get behind the DJ booth at Klein. The DJ duo Infinity Ink, whose name was inspired by the name of a factory while they were performing in Moldova, is composed of British Ali Love and Italian Luca Cazal. The well-recognized DJ duo has worked with prominent record companies such as Hot Creations, Crosstown Rebels and Different Recordings. Infinity Ink has been one of the most in-demand DJs of the big festivals and nightclubs and they are coming to Istanbul to play their top remixes for Istanbulites.

On Oct. 29, Garage Istanbul will be shaken at its foundations by the legendary Belgian DJ and dance icon Marco Bailey. Known as one of the most successful electro music figure with his singles and remixes prepared by record companies Intec, Drumcode and Sleaze as well as his world tours, Bailey collaborated with John Digweed, Adam Beyer , Gregor Tresher, Carl Cox and many other important figures in the electro music world. Bailey managed to leave traces of the music of collaborators with extraordinary style. His album "High Volume," which is composed of 12 electrified tracks, offers deep, dark and pure techno sounds. He has played in the best music festivals around the world including Tomorrowland in Belgium, Time Warp in Germany, Global Gathering in the U.K. and Poland, Pukkelpop in Belgium, Awakenings in the Netherlands, Link Festival in Belgium, Extrema and I Love Techno in Belgium, Ultra Music Festival and Burning Man in the U.S., Wire in Japan, Dream Beach Festival in Spain, Soul Tech Festival in Mexico and Dance Valley in the Netherlands. He is also one of the most in demand DJs of the nightclubs such as New York's infamous Output, Ibiza's Space and Amnesia, the U.K.'s Ministry and the Egg and Germany's Tresor. Bailey also hosts a radio program titled "Electronic Force" and reaches out to millions of radio listeners in 50 countries around the world.
RELATED TOPICS