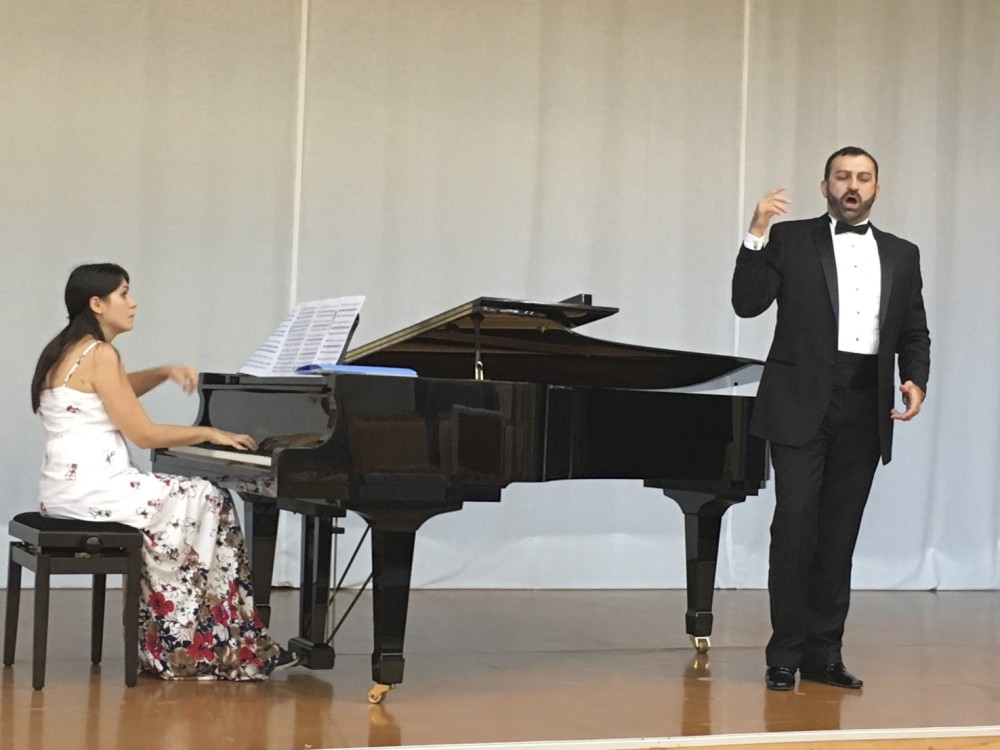 The presentation of the Nilu00fcfer International Piano Competition and Music Festival, which is scheduled to take place between Dec. 10 and 14, was held on the Spanish island of Tenerife with the participation of representatives from 16 countries.
by Anadolu Agency Nov 02, 2016 12:00 am
Musicians and academics travelled to the Canary Islands in preparation for the upcoming Nilüfer International Piano Competition and Music Festival, giving presentations on the organizational structure of the festival and giving guests from over 16 different countries a taste of the talents to be featured at the festival held from Dec. 10-14, staging a mini concert by famous baritone, piano department head of the Fine Arts Faculty of Akademix and Project Art Coordinator David Gvinianidze.

The presentation held on Tenerife Island included insights from Project General Coordinator Rüstem Avcı who spoke of the importance of international participation in the competition, stressing that music is the most vital bridge between cultures. Avcı said, "Hosting a competition which offers musicians from around the world an opportunity to compete in front of an elite panel of judges who are revered among academic circles is of crucial importance to us. Turkey is proud to welcome musicians with different tastes as a country that embraces all musical genres. In fact, we hope to see all the colors of the world on the stage and want this organization to emphasize solidarity instead of competition. We are aware that our country has been negatively affected by the conflicts and terror that are plaguing different parts of the world."

The presentation of the Nilüfer International Piano Competition and Music Festival, which is scheduled to take place between Dec. 10 and 14, was held the Spanish island of Tenerife with the participation of the representatives of 16 countries. The international competition is co-organized by Bursa's Nilüfer Municipality and Mix Müzik & Akademix and the jury of the festival will be composed of academicians from Turkey, the U.S., Germany, Sweden, Russia and Georgia.

Avcı reassured his audience of Turkey's security as a country, saying: "I would like to highlight the fact that Turkey is a safe country as much as the U.K., Spain and any other European country. Anatolia is the cradle of many ancient civilizations. You will be surprise to see the diversity of melodies here. Many Anatolian music genres can be found in Turkey that are as original as Flamenco. On the other hand, it is difficult to put into words the richness of Anatolian culture."

The deadline for pianist applicants has passed. Musicians who wish to submit an application in another instrumental category may do so until Nov. 15 on the website www.niluferpianoimc.com.
RELATED TOPICS