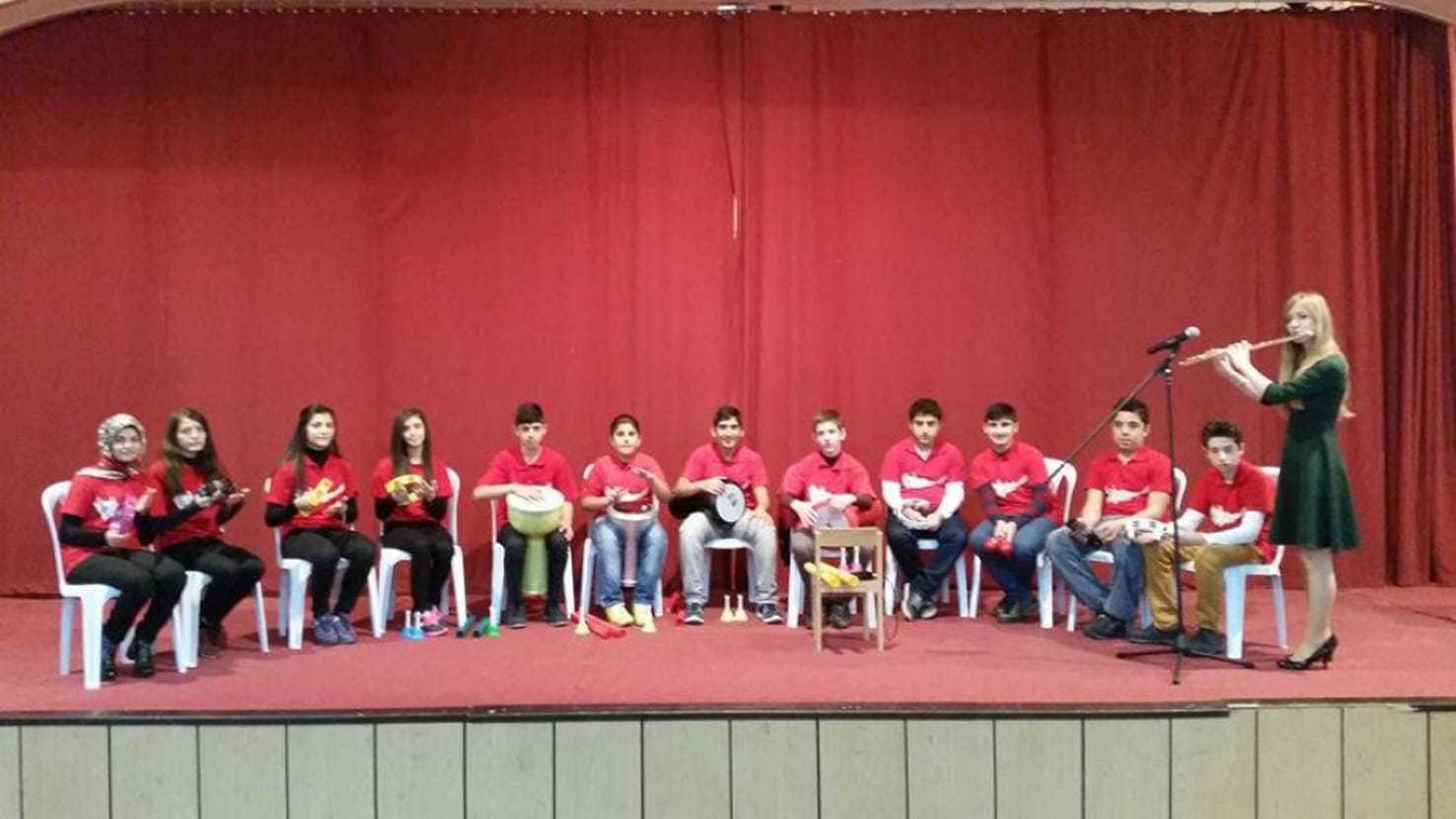 by Anadolu Agency Nov 14, 2016 12:00 am
A group of students at Mimar Sinan Secondary School for the Hearing Impaired in Istanbul's Fatih district founded the "Fısıltı Ritim Grubu" (Whisper Rhythm Group) under the guidance of their music teacher Funda Ceylan in 2013. The students had begun with small rhythm training and now they are able to give rather impressive performances.

The group, guided by Ceylan via sign language, numbers and gestures, offers a music feast to their audience with percussion instruments such as the darbuka and tambourine, along with musical pipes, bells and ring. So far the band has performed more than 20 times at shopping malls, exhibition halls and schools.

Music teacher Ceylan told the Anadolu Agency (AA) correspondent that she focused on music education for hearing impaired children in kindergarten during her master's studies. Stating that the first thing she did was to learn sign language after she was assigned to Mimar Sinan Secondary School for the Hearing Impaired, Ceylan said, "When I was able to communicate with children, our classes became more and more enjoyable. Children and I got closer and began working with small rhythms. The rhythm studies were not a big deal yet children began to like it and they started practicing during the breaks and whenever they can come together."

Ceylan informed that they continue to practice rhythm both during and after school and brought forth a routine that can also be enjoyed by children without hearing impairments.

Ceylan claimed that being involved in music was very important for children and at the same time they enjoy the art being performed.

"They are incredibly happy. They practice alone and whenever they can come together. They enjoy what they are doing," she said.

The music teacher shared their dream to be able to perform in larger concert halls and reach out to large masses, adding they also want to collaborate with professional musicians.

Drawing attention to the fact that conducting a music group composed of hearing impaired people is quite different from conducting a regular music band, Ceylan continued, "Normally, there is a different way of conducting this choir according to the education we received at university. However, I conduct these children more rigorously and use the numbers in sign language as they cannot hear. There are certain terms that we use during our performance such as 'again' and 'let's do it.' I can say that I conduct this choir very differently than other music teachers. I use more sharp movements."

Stressing that musical work contributes to children greatly, Ceylan said, "I witnessed that our students have more self-confidence since we began working in the choir. They used to be shy of their friends who have no hearing problems and stayed away from them. By becoming a part of such organizations, they understand that they are no different from other children and are better able to communicate with their friends. We are removing the barriers between children."
RELATED TOPICS