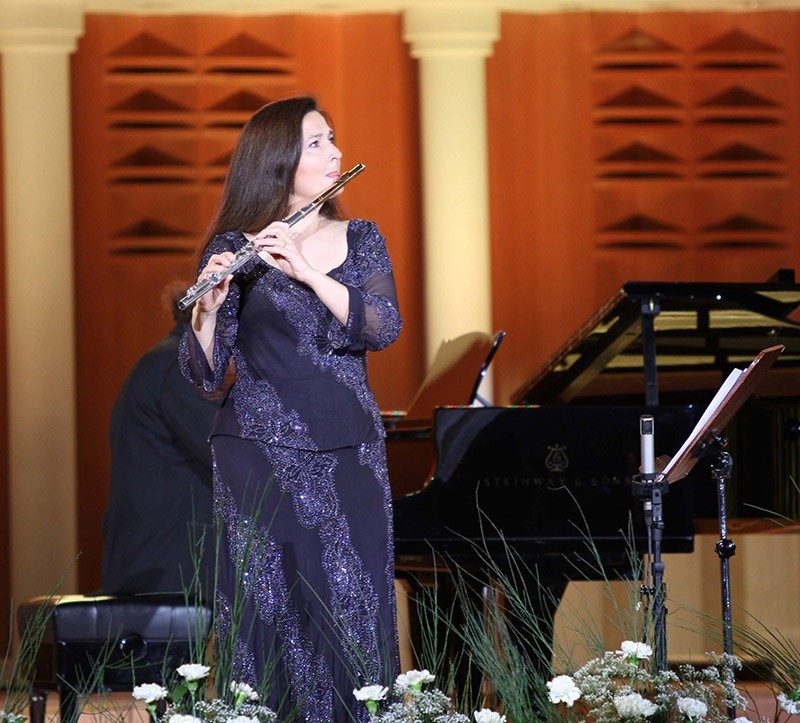 A 239-year-old flute concerto composed by Mozart is to be performed by a Turkish flutist for the first time.

"The concerto has not come to light for years," Sefika Kutluer, the 55-year-old flute virtuoso, told Anadolu Agency. "It has been in a library in Switzerland as the 'Wendling Flute Concerto' and has not been performed before."

The concerto was found in the library last month by the Austrian Tutti Mozart Orchestra and their conductor Vinicius Kattah, known for their academic studies on Mozart.

Kutluer said Mozart composed the concerto at the age of 21, when, having no money, he found shelter with his mother at the house of flute virtuoso Johann Baptist Wendling.

Revealed in a letter to Mozart's father Leopold dated Nov. 22, 1777, Mozart wrote that Wendling helped him to get orders of composition and introduced him to his friends. Then, to show his gratitude, Mozart gave this Wendling Flute Concerto without naming it.

"It's a great honor to play such a concerto, and I feel very lucky," Kutluer said.

The Wendling Flute Concerto will be performed by Kutluer for the first time as part of the 7th International Sefika Kutluer Festival on Dec. 2 in Istanbul and Dec. 4 in Ankara.

The Austrian Tutti Mozart Orchestra under the baton of Vinicius Kattah will accompany Kutluer.