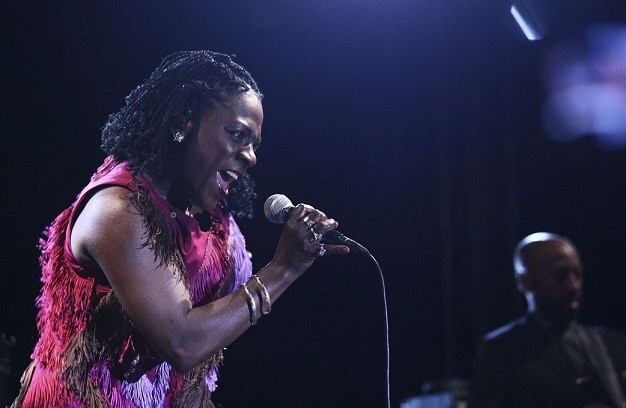 Sharon Jones, a fiery Grammy-nominated soul and funk singer sometimes called the "female James Brown," has died after losing a battle to pancreatic cancer. She was 60.

"She was surrounded by her loved ones, including The Dap-Kings," her long-time backing band, when she passed away on Friday in Cooperstown, New York, the group said in a statement.

Jones had battled cancer since 2013, a fight related in the documentary "Miss Sharon Jones!" that premiered at the Toronto International Film Festival last year.

Jones only achieved fame in middle-age, and had worked as a corrections officer at Rikers Island prison in New York and as a bank guard to make ends meet while seeking a breakthrough in the music industry.

That moment came in 1996, when at the age of 40 she was performing as backup singer at a recording session for soul singer Lee Fields.

She went on to release a number of singles, including "Damn It's Hot" and versions of funk classics "I Got the Feelin'" and "Hook & Sling", before fronting the band Sharon King and the Dap-Kings, which whom she recorded seven albums.

One of those, "Give the People What They Want" received a Grammy nomination in 2014 in the category Best R&B Album.

Known for her big voice and dynamic on-stage persona, Jones was often compared to the late "Godfather of Soul" James Brown, who she said was one of her idols.

She also performed with Michael Buble, Lou Reed and Stevie Wonder during her career.

Born in Augusta, Georgia, on May 4, 1956, Sharon Lafaye Jones was the youngest of six children. The family moved to Brooklyn, New York when she was a teenager.

She performed as a gospel singer in church, and her early music career was limited to wedding bands and sporadic session work on various dance records.

Jones was unmarried and is survived by four of her five siblings.