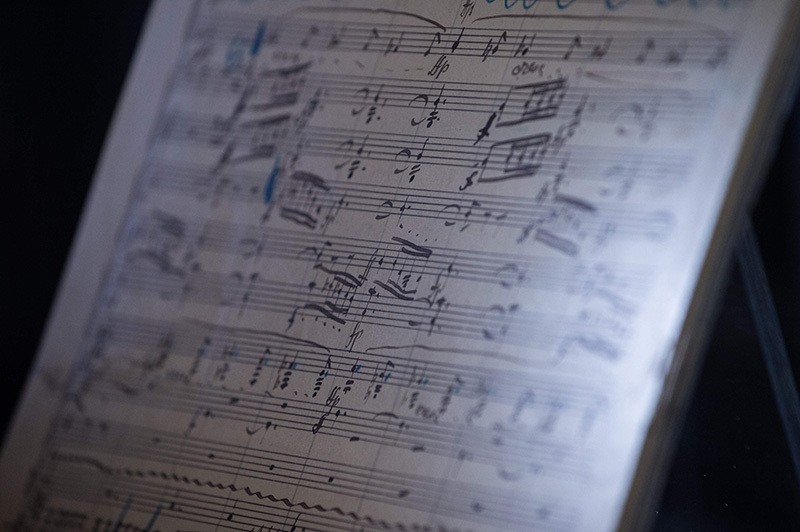 Original manuscripts of classic songs by Bob Dylan and Eric Clapton will go on auction as part of a collection of rock memorabilia, Sotheby's said Monday.

An original manuscript signed by Dylan of "Blowin' in the Wind," one of the future Nobel laureate's most iconic songs and a 1960s anthem, is estimated to fetch $300,000 to $500,000 at the sale in New York on Saturday.

The lyrics are written in pencil along with Dylan's corrections.

Sotheby's quoted an expert as saying the manuscript was one of four known to exist of "Blowin' in the Wind" and came from the collection of Eve McKenzie, a folk enthusiast who with her husband welcomed the young Dylan as a guest when he moved to New York.

Sotheby's will also auction a typescript of "This Wheel's on Fire," one of the best-known songs from Dylan's 1967 sessions with Canadian folk rockers The Band around Woodstock, New York.

Among other items up for auction is a set of seven portraits that Dylan and fellow folk rocker Joan Baez sketched of themselves and each other.

Dylan and Baez, who had been lovers, drew the sketches in 1963 on stops at a coffeehouse in Woodstock on their motorcycle trips.

Other manuscripts that are part of the collection include the lyrics to Clapton's "Layla," one of rock's best-known songs of unrequited love, which his estimated to go for $50,000 to $70,000.

Clapton wrote the song in 1970 about Pattie Harrison -- then the wife of his friend, Beatle George Harrison. She would later marry Clapton before they eventually divorced after nine years.

He penned the lyrics to "Layla," which was loosely inspired by the tale of the Persian Romantic poet Nizami Ganjavi, on the stationary of the Thunderbird Motel in Miami Beach.

The auction will also feature plenty of Beatles memorabilia, including the piano on which John Lennon wrote "Lucy in the Sky with Diamonds."

The piano from John Broadwood and Sons had been at Lennon's Kenwood home in Surrey, England. Sotheby's estimated it would sell for $1.2-1.8 million.