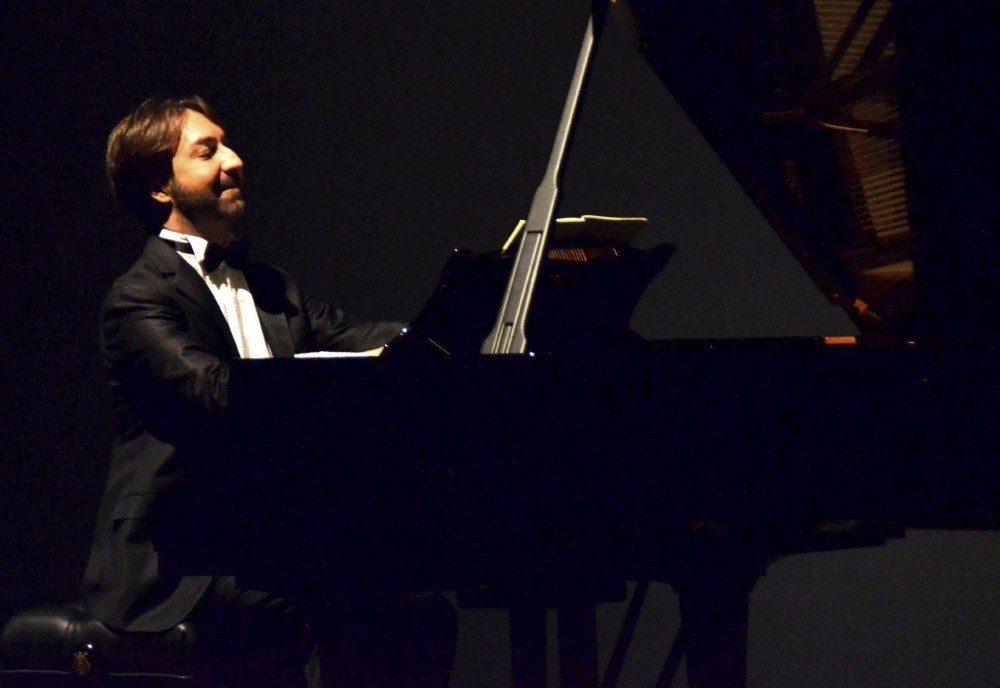 Accomplished soprano Selva Erdener will perform an unforgettable concert in Ankara today, accompanied by Turkuvaz Quintet. The orchestra has brought a new horizon to opera by performing traditional folk songs with an operatic style

Ankara State Opera and Ballet soprano Selva Erdener and the Turkuvaz Quintet will give an unforgettable concert at the Opera Stage in Ankara today. Erdener will be accompanied by the maestro of İzmir State Opera and Ballet İbrahim Yazıcı on the piano, the head of Hacettepe University Ankara Conservatory's Department of Wind and Percussion Instruments Ekrem Öztan on the clarinet and saxophone, the head of Ankara Conservatory's Department of Contra Bass Alper Müfettişoğlu on the contra bass, Ahmet Baran on the qanun and Burak Çakır on the percussion.

The Turkuvaz Quintet has been performing Turgay Erdener's compositions and folk songs since it was first composed. The band and Selva Erdener have been working on a repertoire featuring songs in Turkish as well as attending domestic and international festivals, aiming to make people around the world love Turkish folk songs. After intensive work, the quintet has finally released an album titled "Nereye Aşkım," which they will also perform during the concert tonight.

Speaking to an Anadolu Agency (AA) correspondent, soprano Erdener said people should not disregard the beautifying effect of art on life and unfortunately people only care about young people's success in mathematics and science. Stressing that every branch of art can introduce new beauties to the souls of young people, Erdener said they hope to see a lot of young people in the audience during their concert.

Erdener said they will perform the covers of well-known folk songs as well as the works by contemporary Turkish composers such as Yalçın Tura, Turgay Erdener, Melahat Ismayilova and İbrahim Yazıcı. "I performed across Turkey, Europe and the U.S. I have been performing with the State Opera and Ballet for a while now. The audience is mostly interested in the folk songs in our concerts. Especially, the performances which I am accompanied by the Tukuvaz Quintet are highly in demand. As a Turkish soprano, my biggest ideal is to introduce the folk songs that are the products of these lands to other people around the world. I want to give concerts across Turkey to be able to perform these universal songs for the Turkish people," Erdener said. "I believe that being an opera singer has a great effect on me while I perform folk songs on the stage. However, I know that Turkish people listen to the lyrics of the songs carefully. Since the day I started singing, I tried to create a unique way to perform. I believe that this is the best way to make my voice heard and create a bond between the audience and myself."
Last Update: Dec 13, 2016 2:00 am
RELATED TOPICS