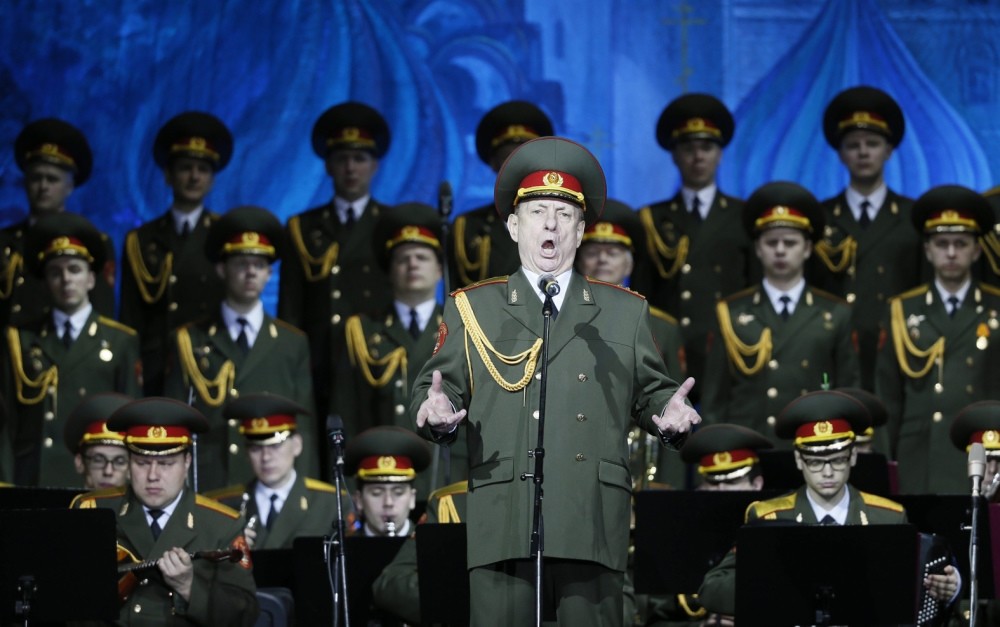 by daily sabah
Dec 29, 2016 12:00 am
The Turkey-based Enbe Orchestra, which consists of Turkish and international musicians, is getting ready to give a concert in memorial to the members of the Russian Red Army Choir who lost their lives in the plane that crashed in the Black Sea on Dec. 25. Behzat Gerçekler, the maestro of the Enbe Orchestra, which shared the stage with the Red Army Choir many times and featured Russian folk songs in their repertoire, got in touch with Foreign Affairs Minister Mevlüt Çavuşoğlu to actualize this special concert. Gerçekler said: "I want to send my condolences to the families of all the members who passed away in the plane crash and the entire Russian people. Like all music lovers, we are deeply sorry for the loss of the members of the Red Army."

The Red Army Choir was founded in 1928 in Soviet Russia. Apart from its many choir members, the band also features dancers. The choir was very popular in Turkey. Their latest performance, which was organized to celebrate the 95th anniversary of Turkey's diplomatic relations with Russia, took place on Jun. 13, 2015, where the choir offered a rich repertoire from Russian folk songs to opera arias as well as popular songs. The talented choir also performed a few songs in Turkish. Much to the surprise of the audience, the choir opened up the concert with the Turkish National Anthem and also performed Turkish megastar Tarkan's "Şıkıdım" and Barış Manço's "Genç Osman." In 2013, the Russian-based Turkish-Russian Cultural Center organized a program on March 8 to celebrate World Women's Day. On the other hand, earlier on Oct. 20, 2008, the Ottoman Military Band shared the stage with the choir at the Kremlin in Moscow and put on a "Friendship Concert." During the concert, the two ensembles performed the anthem of the Ottoman Military Band.