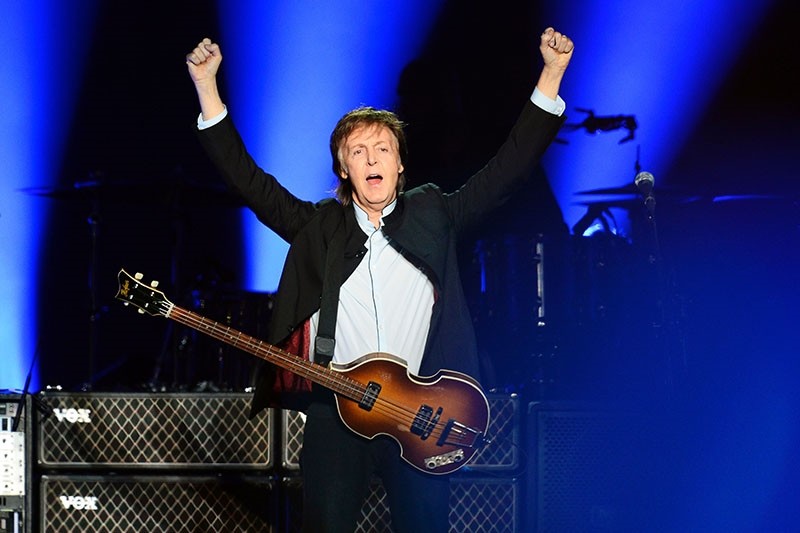 Jackson famously outbid McCartney for publishing rights to the songs in 1985, paying $47.5 million to obtain the collection as part of a much larger trove of some 4,000 pop music tunes from Australian businessman Robert Holmes a Court.

The Beatles songs and rest of the ATV collection were then rolled into a joint venture Jackson formed in 1995 with his Sony-based label, creating Sony/ATV Music Publishing, which grew into the world's biggest song publisher.

His estate sold off its stake in Sony/ATV, including the Beatles collection, to Sony Corp for $750,000 in 2016, seven years after Jackson's fatal 2009 drug overdose from the powerful anesthetic propfol.

According to his lawsuit, McCartney put Sony/ATV Music Publishing on notice as early as October 2008 that he wished to reclaim rights to the dozens of songs he co-wrote with the late fellow ex-Beatle John Lennon from September 1962 to June 1971. Those songs form the bulk of the Beatles catalog.

The suit claims Sony/ATV has so far failed to acknowledge the composer's rights to terminate copyright transfers of that music, including such hits as "All You Need is Love" and "I Want to Hold Your Hand," under the U.S. Copyright Act.

The first song eligible to be claimed back is "Love Me Do," in October 2018. The rest of the catalog would follow in years after, ending in 2026.

McCartney wants a ruling to say his claiming them doesn't represent a legal breach of any contract or publishing agreement that Sony/ATV could use against him.

"Defendants have attempted to reserve their rights to challenge Paul McCartney's exercise of his termination rights on contractual ground," the filing says.

It adds, "A judicial declaration is necessary and appropriate at this time so that Paul McCartney can rely on quiet, unclouded title to his rights."

Sony/ATV said it had "the highest respect" for McCartney.

"We have collaborated closely with both Sir Paul and the late John Lennon's Estate for decades to protect, preserve and promote the catalog's long-term value," the company said, adding that it was "disappointed" over the filing of the lawsuit, which it said is "unnecessary and premature."

The lawsuit also said Sony/ATV attempted to stall talks with McCartney until the conclusion of a separate lawsuit involving similar claims by British pop band Duran Duran in an English court. Duran Duran lost the legal battle to a Sony/ATV subsidiary in December.