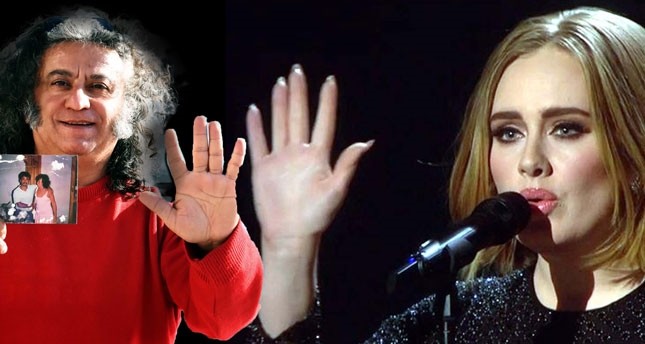 A Turkish musician from Turkey's western resort town of Bodrum claims that he is the biological father of British pop star Adele.

Mehmet Asar said in an interview that Adele's mother Penny Adkins visited Bodrum, a renowned holiday destination for Britons, in 1987, the same time he was working as a cab driver in the town. 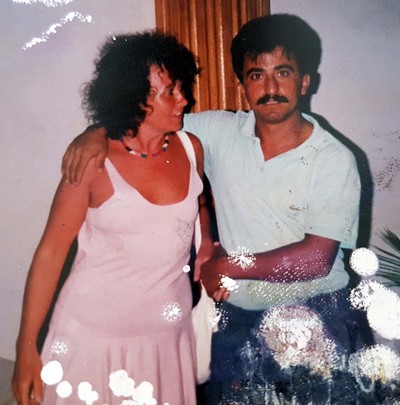 "I toured Bodrum coves and Pamukkale with Penny Adkins and her friends for two weeks. She introduced herself to me as a nurse. At the time, we liked each other. We were together for two weeks. Then she extended her vacation, returning to England a month later. She came to Bodrum again twice, staying for a month. When she was leaving, she wanted me to come with her. However, I told her that I wanted to live in Bodrum instead of England and she could stay here if she wanted to. She returned to England, we spoke on the telephone for a couple of times, but it was both hard and expensive to make international calls at the time. We lost touch afterwards. The time we had been together corresponds with the time Adele was born," Asar said.

Asar stated that he noticed that he was Adele's father when he looked up the background of the British star online after she won the Grammy awards last year.

"When I looked up for her family, I was shocked to learn that her mother was the same women I had been with years ago. The woman I loved was Adele's mother, she hadn't changed over the years. When I looked through Adele's moves, when she raised her right during concerts, I saw the third and fourth fingers of her right hand are adjacent... I became even more surprised because my right hand's third and fourth fingers are also adjacent when I raise it. In addition, the highlights she makes when she is singing are similar to mine, which could also be genetic," he added.

Asar said that he worked as a public employee after working as a cab driver and continued working as a local artist after his retirement.

The 52-year-old man said that he had never got married, and had spent years thinking about Adkins.

"Now I'm coming forward because I want Adele to learn the facts. I invite her and her mom to Bodrum. They can come and spend their vacation here and we can meet. I think I am Adele's father, I feel it. I can even carry out a DNA test if she wants too," Asar said.

He emphasized that he has no expectations from Adele whatsoever. "I'm from Bodrum and I'm a well-endowed man. I just want my daughter to know the facts."

In an interview with Dutch TV in December 2015, Adele stated that she has Turkish, Spanish and English backgrounds, but she did not elaborate further.

Adele's father Marc Evans left Penny Adkins when Adele was two years, with Adkins raising her daughter by herself.