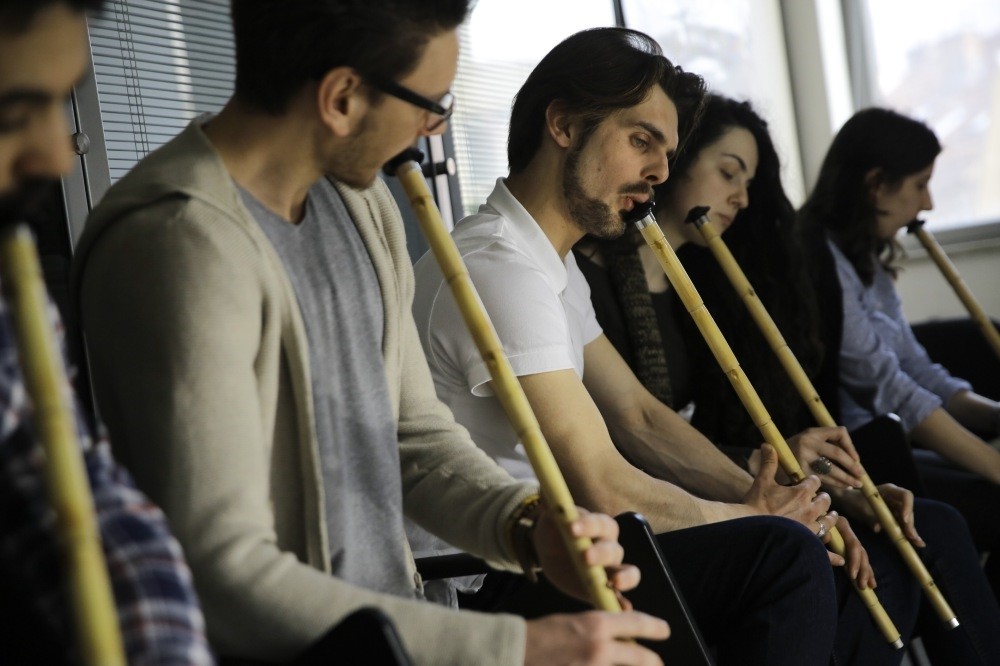 Bosnians are mostly interested in ney, ornamentation and calligraphy courses offerd by Yunus Emre Institute in Sarajevo; however, newly opened ney courses have attracted attention much more than expected. Number of participants increases every day.
by Anadolu Agency Feb 16, 2017 12:00 am

The Yunus Emre Institute, which has been operating in Bosnia and Herzegovina since 2009, has added ney (reed flute) playing and Turkish to the various courses it offers. Mehmet Akif Yaman, director of the Sarajevo Yunus Emre Institute, told Anadolu Agency (AA) that ney courses have attracted a lot of attention from participants since the first day of registration.

Noting that the institute has opened the first ney course in the region, Yaman said this year they have tried to organize classes in many different fields to increase the richness and diversity of their training. Pointing out that Bosnians are mostly interested in ney, ornamentation and calligraphy courses, Yaman said four classes of 10 were offered, with all the classes in the ornamentation course filled.

Yaman said the institute recently started a handicraft course for employment, in collaboration with the Supreme Islamic Assembly in Sarajevo, with specialist trainers giving practical courses on sewing, embroidery and knitting to 37 participants. 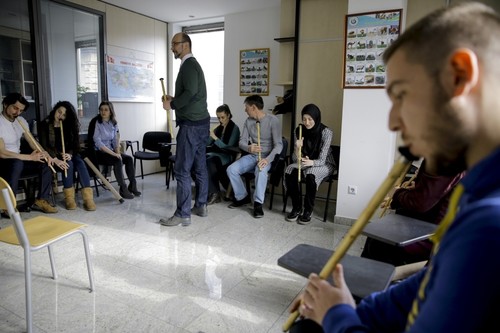 Yaman explained that when initiating the courses they first evaluate requests and then realize the logistically possible ones. "Our priority is to provide courses where we can benefit from local knowledge. The ney course is given by a Bosnian teacher here; the needlework course is the same. Turkish cuisine is taught by a Turkish teacher living here," Yaman said. "Sewing and embroidery courses will be the same, only our ornamentation instructor will come from Turkey. Our aim is for the instructor to train others here, and to continue with local trainers later on," he added.

Ney trainer Saudin Sahinovic said, "The ney is not a strange instrument to Bosnia and Herzegovina, but we have not had a ney player in the last 60 years. Thanks to the Yunus Emre Institute, we have the opportunity to train ney players again." He emphasized that the ney is very hard to play but the trainees show great enthusiasm for the instrument.

Sahinovic pointed out that the ney is associated with Mawlana Jalaluddin Rumi in Bosnia and Herzegovina, and that the instrument's sound does not only address the ear, but also the heart. Sahinovic added that a total of 25 trainees in two groups are learning how to play the ney, and that their goal is to give a small concert at the end of the course.

Adnan Lusija, a trainee at the institute, noted that he was pleased that he has a chance to learn playing ney, saying, "Such a course is being held for the first time in Bosnia and Herzegovina. I came across Sufism 15 years ago and since then I've always wanted to play the ney."
RELATED TOPICS