Yemeni musician in US bridges East and West through oud 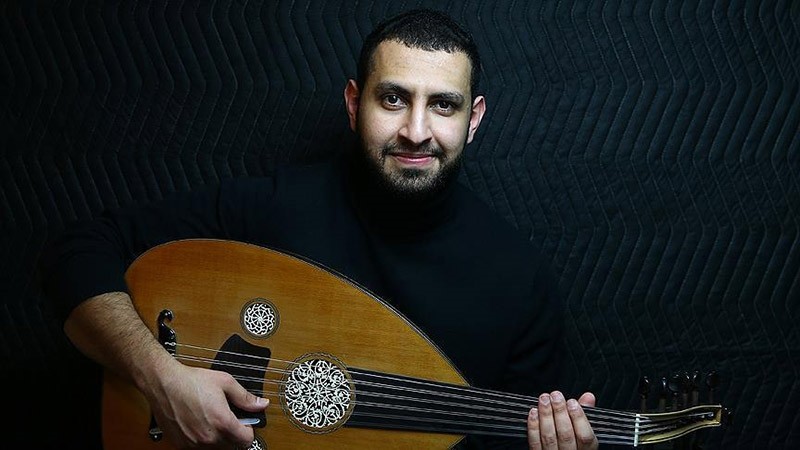 A New York-based musician has become a social media sensation by covering songs such as Michael Jackson's Smooth Criminal and the theme song of Game of Thrones while using a Middle Eastern instrument called the oud, or lute.

Ahmed Alshaiba is a self-taught player who was born and raised in Yemen. "I play a mix between the eastern-style and western-style," according to the bio on his YouTube channel that has more than 120,000 followers and some videos with upwards of 1 million views.

Alshaiba performed his first concert in 2007 in Egypt where he stayed for about a year. "He performed before audiences that included Hillary Clinton and the President of Turkey as well as the President of Yemen," his Facebook page said.

Since 2012, Alshaiba has lived in the U.S. where new U.S. President Donald Trump has enacted tough policies on refugees and undocumented immigrants as well as attempted to place a travel ban on those from seven Muslim-majority countries, including Yemen.

The oud Alshaiba plays was made in Turkey and he said he follows the works of famous Turkish oud musician, Yurdal Tokcan.

After moving to New York, Alshaiba began posting YouTube videos to teach others how to play the oud. He later shared posts of his covers of western songs and film soundtracks.

He has followers from Brazil to Germany and uses the guitar and tambourine in his covers. Some of his covers include Adele's Hello, Sia's Cheap Thrills as well as soundtracks of The Good, The Bad and The Ugly, Pirates of the Caribbean and The Hobbit.

Alshaiba believes he has an important responsibility in a time in which Islamophobia is rapidly rising after the Trump's presidential election campaign and win.

He is planning to release his debut album at the end of the year by collaborating with musicians from around the world including Turkey, India and Germany.