Last 'ıklığ' master worried about fate of his art 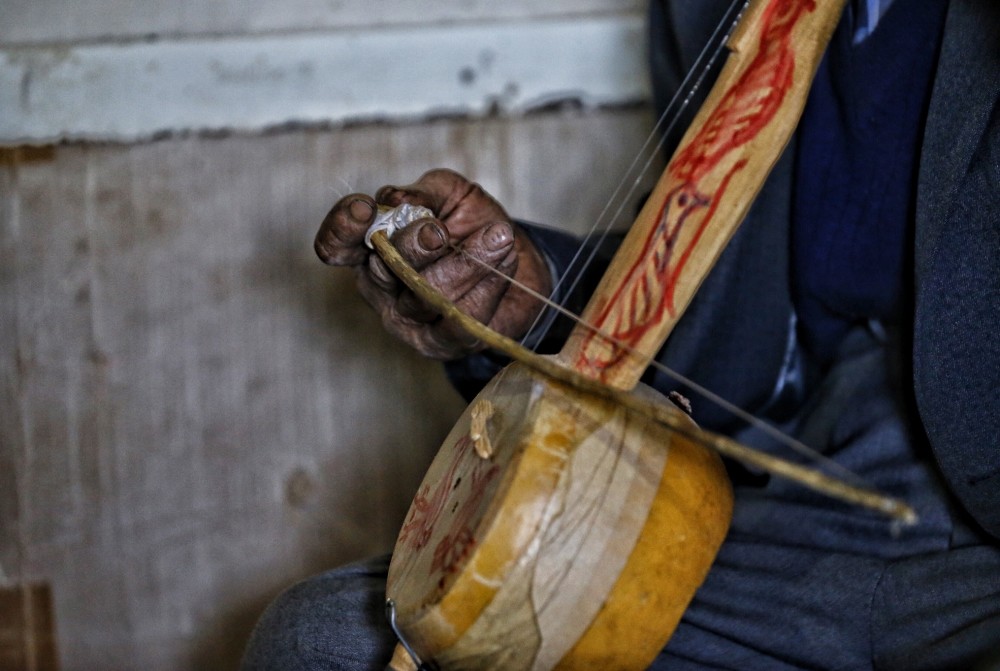 by Anadolu Agency Mar 14, 2017 12:00 am
The last maker of "ıklığ," the traditional instrument of Yuruks (nomads in Anatolia), is worried that there is nobody else left to carry on the tradition after he passes away.

Known as the "father of rebab," Emin Kök, 75, lives with his wife in Demirciler, a village established on the hills of the Taurus Mountains in the Serik district of southern Antalya province.

Kök, who is called "brother Emin" by most, radiates joy by singing traditional songs accompanied by his ıklığ, despite his old age.

Depicting the warmth and sincerity of Anatolian residents, he never allows his guests to leave without playing them some ıklığ melodies.

In his prime, his fame had exceeded the borders of his small village and he attended many cultural events and festivals organized in Antalya and its districts.

Nowadays, he is invited to the events like "the last master of ıklığ."

Frequently visited by documentary makers, Kök's fame has risen after taking part in a bank advertisement.

Speaking to local reporters about how he was first introduced to this instrument and its importance in his life, Kök noted that as he lost his father who played "ıklığ" when he was merely 5 years old.

Iklığ became an important memory from him and he started learning how to play and make it on his own at around the age of 12.

Noting that he wants this regional art to continue after him, Kök stated that he is the only one left who can play it and while he has been playing it for more than 60 years, none of his five sons were enthusiastic about the timeless instrument, but his 5-year-old grandson seems to have a liking for it.

"After he grows up a little more, I'll teach him how to play it. If there's anyone who is interested, I can teach them without expecting anything in return," Kök said.

He also expressed that he plays it as much as possible and although his wife often complains about the noise, he has gained a lot of friends through the instrument.

Many people from Ankara to İzmir to Trabzon as well as other provinces across Turkey come to hear him play.

To add to his legacy, one of the instruments he made was placed in a museum as well.

"I play until people say 'stop.' Documentary makers come to shoot. I don't turn down anyone, I play it to everyone who wants to listen," Kök said with a smile.

Iklığ is made of thorns and juniper trees and is played with a bow by placing the body of the instrument between the knees.
RELATED TOPICS