Bringing together Indian philosophy with modern dance, Indiau2019s legendary dance group, the Navdhara India Dance Theater will finish off the festival.
by Anadolu Agency Apr 07, 2017 12:00 am

The southern city of Mersin will once more welcome spring with a rich program thanks to the music festival in May, which will bring together respected musicians and choirs from around the world, as well as Turkish classical musicians and rising stars

If you are a lover of music, art and culture, then get ready for the Mersin International Music Festival to brighten up your spring with an assortment of independent artists from all genres, along with established artists.

According to the statement released by the festival committee, the 16th Mersin International Music Festival, which continues to be the voice of Mersin in the national and international arena with its various activities, will bring festival goers together with formidable artists and music groups that have performed in the most prestigious festivals around the world from May 2 to May 25.

Organized with the motto "Mersin is looking for the port's rhythm," the first event of the festival this year will be the 7th Composition Contest. The winner of the contest will be announced at the Mersin Culture Center on the first day of the event at 8:00 p.m.

The Turkish Republic of Northern Cyprus (KKTC) Presidential Symphony Orchestra will perform at the opening ceremony of the festival at the Mersin Culture Center on Friday, May 5. Conductor Ali Hoca, Turkish opera's rising star Murat Karahan and Georgian opera star Teona Dvali will share the same stage to present a musical feast to festival goers. 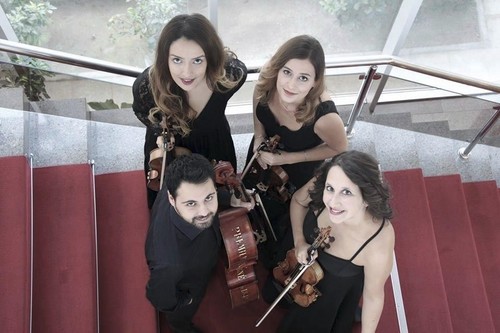 The Saygun Quartet will be performing at the Latin Catholic Church on May 17.

Musa Eroğlu's open-air concert will be held on May 6 at the Toroslar Municipality Amphitheater. Up next at the festival, orchestra conductor and pianist Ibrahim Yazıcı will take the stage with Berfin Aksu at Mersin University's Nevit Kodallı Concert Hall on May 9.

Fatih Erkoç, the formidable voice of Turkish pop and jazz music, will meet music lovers at the Viranşehir Soli Pompeipolis Square on May 14. The renowned Turkish singer will perform popular songs for fans free of charge.

World-famous figures to perform in Mersin

Meanwhile, state artists Ayla Erduran and Ayşegül Sarıca will meet in Mersin on the same stage. Conducted by Rengim Gökmen, Erduran and Sarıca will be accompanied by violin virtuoso Cihat Aşkın and the Karşıyaka Chamber Orchestra at the Mersin Culture Center on May 16. 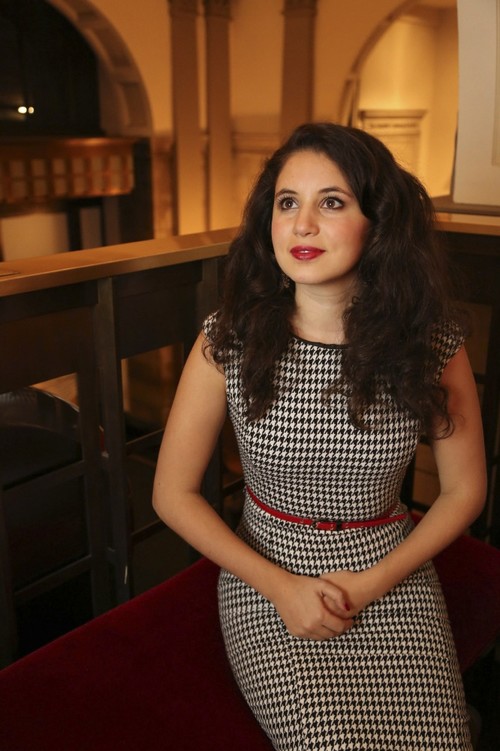 Rising jazz star Karsu Dönmez, who has performed in Carnegie Hall in New York, regarded as one of the most important musical centers of the century, for three times, will perform at the Mersin Culture Center on May 18.

As a part of the activities, the "Saygun Quartet Concert" will be also held at the Latin Catholic Church on May 17.

Rising jazz star Karsu Dönmez, who has performed in Carnegie Hall in New York three times and regarded as one of the most important musical centers of the century, will perform at the Mersin Culture Center on May 18, 2017. Dönmez performed two times at the North Sea Jazz Festival and we cannot forget that she also recently won the Edison Jazz Award.

Ayşe Göknur Shanal, one of Australia's leading singers, who has won numerous international awards, will also take the stage in Mersin, accompanied by Ashley Hribar, one of the most important pianists of Australia, at Mersin University's Nevit Kodallı Concert Hall on May 22.

On the same day and on the same stage, world-famous cellist Florian Kitt and pianist I Ting Chen will meet music lovers at a concert called "Classic Winds from Vienna."

To finish off the festival in style, India's legendary dance group, the Navdhara India Dance Theater, which brings together Indian philosophy with modern dance, will take the stage at Mersin Yenişehir Atatürk Culture Center on May 25. Last but not least, in "A Passage to Bollywood," choreographed by Ashley Lobo, unforgettable compositions from old and new Indian films will be performed.
RELATED TOPICS