Pink Martini back again for an Istanbul audience 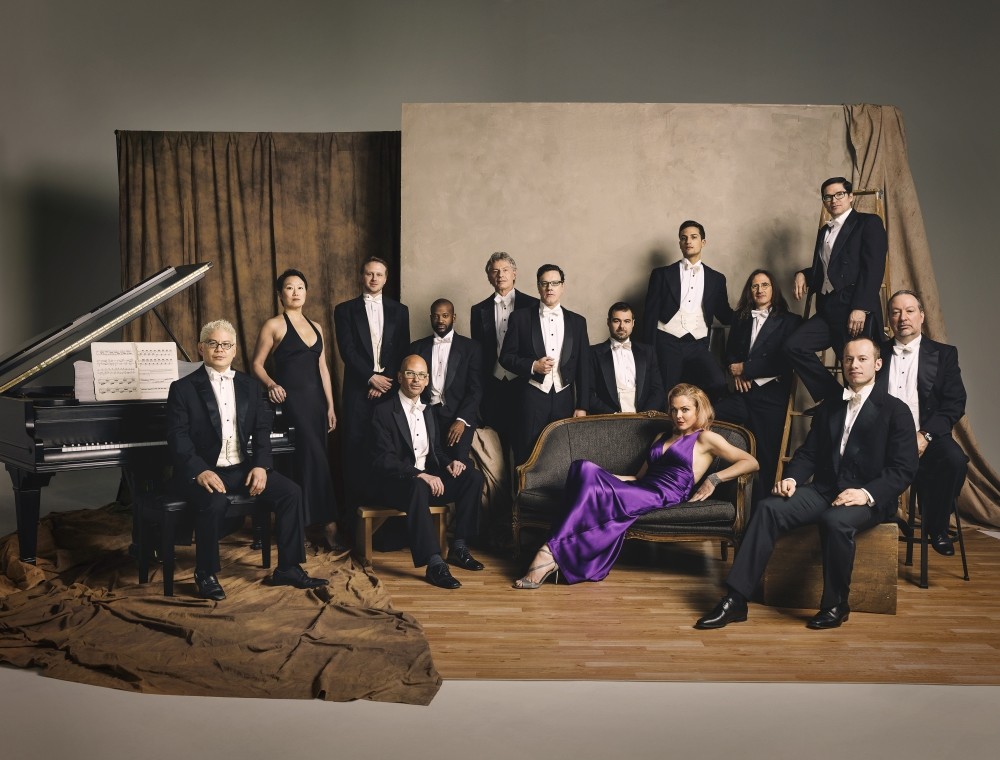 by Daily Sabah Apr 15, 2017 12:00 am
Pink Martini, a music group that has a huge fan base in Turkey thanks to their successful albums "Sympathique," "Hang on Little Tomato," "Hey Eugene!," "Splendor in the Grass," "Joy to the World," "1969," "A Retrospective," "Get Happy" and "Dream A Little Dream," has won a gold or platinum record for each of their records, and will be able to see their Turkish fans at the Volkswagen Arena on Saturday, in a performance featuring their new album "Je Dis Oui" in collaboration with Pasion Turca Organization as part of their European tour.

Interpreting memorable works and brand new songs in their new album "Je Dis Oui," the band also included famous Turkish song "Aşkım Bahardı" (My Love was the spring) in their latest album as a pleasant surprise for their Turkish fans.

The band's famous tracks were also featured in numerous TV series and films from "The West Wing" to "Desperate Housewives." The band describe themselves as "musical archaeologists bringing together melodies and rhythms from different corners of the world and presenting them in a modern form."

Performing the most enjoyable tracks from the love songs of the samurai to Cuban music of the 1930s, from the French chansons to Brazilian street songs, the ensemble will delight fans of Storm Large's hot vocals, rich repertoires and surprises.

Pink Martini was founded as an orchestra in Portland in 1994 by Thomas M. Lauderdale, a Harvard graduate who studied classical piano.

Lauderdale's Harvard classmate, China Forbes, joined the ensemble in 1995. Since the early days of its establishment, Pink Martini has continued to present songs from different cultures to the world in different languages and perform with world-famous symphony orchestras.

Showing a rich universalism with famous ensembles such as the Boston Pops, the San Francisco Symphony Orchestra, the Hollywood Bowl Orchestra and the Los Angeles Philharmonic Orchestra, Pink Martini has reached more than 2 million sales with its three previous albums.

As soon as Pink Martini released their debut album "Sympathique" in 1997, it became an international phenomenon, with nominations in the categories of "Song of the Year" and "Best Breakout Artist" in France's Victoires de la Musique awards.

Their second album, "Hang on Little Tomato" in 2004, was number one on Amazon's album sales list. The group's third album "Hey Eugene!" was included in the top 30 albums on Billboard's list of best-selling albums and became number one for the second time on the Amazon album sales list.

Pink Martini also released their new studio album "Splendor in the Grass" under the label of their own record company Heinz Records.

The ensemble, which received great interest from concert organizers in Turkey, showed their love for the country by putting the pictures they took during their Turkish tour on their "Hang on Little Tomato" album. Giving their first concert in Europe at the Cannes Film Festival, Pink Martini has been performing sold-out shows in countries like France, Spain, Portugal, Belgium, Switzerland, Greece and Lebanon.

Having performed with the symphony orchestras of Los Angeles, Oregon, Seattle, New Jersey, San Antonio and Kansas City, the ensemble opened the Walt Disney Concert Hall, Frank Gehry's architectural masterpiece and Los Angeles Philharmonic's new home, in 2003, as well as taking the stage at the opening of Kuruçeşme Arena in 2005.

Interpreting memorable songs such as "Quizas Quizas Quizas," "Sway" and "Smile" in their "Get Happy" album released in 2013, the band also included renowned Turkish song "Üsküdar" in the same album, surprising Turkish fans. Performing "Aşkım Bahardı" with Belkıs Özener in 2012, Pink Martini recorded the "Dream a little dream" album with the Von Trapps, and released their eighth studio album including Sofia, Melanie, Amanda and August von Trapp, the real grandchildren of Captain and Maria von Trapp, renowned for "The Sound of Music," in 2014. Performing "Aşkım Bahardı" for their Turkish fans from their latest album which features 15 songs in eight languages and was released in last autumn, Pink Martini takes the stage in Istanbul on Saturday once again with an unforgettable concert.
Last Update: Apr 15, 2017 1:05 am
RELATED TOPICS