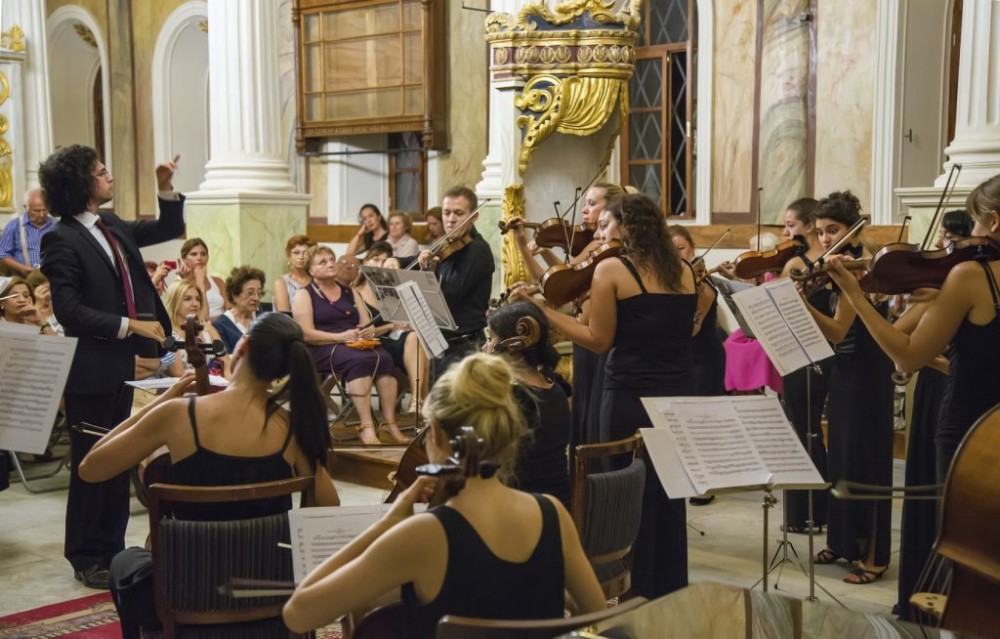 by Daily Sabah Apr 19, 2017 12:00 am
The Ayvalık International Music Academy (AIMA) Festival Orchestra is celebrating its fourth anniversary with a performance in concert on the Grand Pera Emek Stage Sunday, May 7, with solo violinist Andrej Bielow and violist Marco Misciagna among the musicians to grace the stage in a performance of a rich, diverse repertoire ranging from Baroque music to tango.

In addition to gracing the stage at this year's concert, these two leading prodigies in violin performance and chamber music studies will also offer master classes in violin and viola under the auspices of AIMA in Ayvalık, Balıkesir province from July 22 to July 30.

The AIMA Festival Orchestra, founded by Filiz Ali in 2013 in Ayvalık to celebrate the 15th year of AIMA, consists of young musicians who are former AIMA master class students. These artists, who have won various awards in their field and participated in festivals across Europe, set an example for aspiring musicians while inspiring young musicians through the master classes. The festival orchestra gives orchestral and chamber music concerts at the AIMA Music Festival held every July in Ayvalık. The festival orchestra contributes to classical music in Turkey through various festivals, primarily the İKSV Music Festival in Istanbul.

AIMA aims to broaden the horizons of young musicians by promoting music education and offering master classes that focus mainly on string instruments, offering classes in Ayvalık every summer and autumn. For the past 19 years, AIMA has brought together world renowned artists including Ayla Erduran, Suna Kan, Lukas David, Peter Bruns, Valeri Oistrakh, Idil Biret, Andrej Bielow, Marco Misciagna and Christoph Henkel. Students from all over the world receive lessons from master artists for 10 days. The academy acts as one of the leading cultural institutions in Turkey's Aegean region for musicians and music fans alike, through the AIMA Music Festival, AIMA Music Conversations, and AIMA winter and spring concerts.
Last Update: Apr 19, 2017 1:14 am
RELATED TOPICS