Rap, a universal language, in service of endangered ones 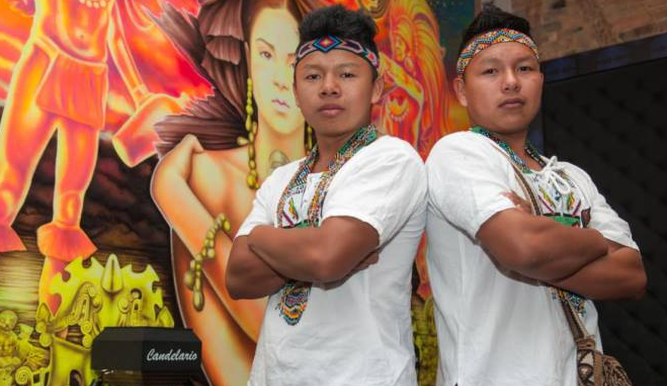 Vulnerable due to their different ethnic origins, economic backgrounds and physical traits, underprivileged youth around the world preserve their cultures, languages and dignity through a rebellious type of music: Rap

Rap has been called a universal language - but it can also be a tool to preserve languages at risk.

In small communities around the world, indigenous people have been embracing rap as a means of communication, giving new lifeblood to their languages while reaching unexpected new audiences.

The artists' backgrounds and motivations are diverse - but one common thread is a realization of the power of hip-hop.

Born in the street culture of The Bronx in the 1970s, hip-hop has since spread across the world and become, stylistically at least, a lingua franca embraced by many young people. 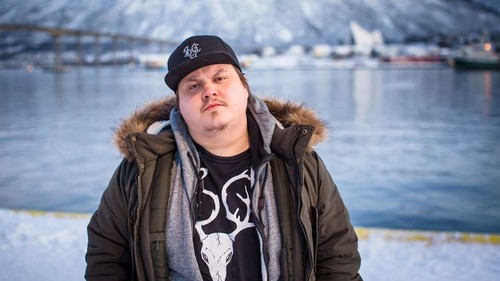 Growing up slightly overweight, Slincraze said he was bullied and found an escape in hip-hop, especially the angry rhymes of Eminem. He has since found a more political use of rap.

In Colombia's mountainous northern department of Antioquia, indigenous teenage brothers Brayan and Dairon Tascon first encountered rap several years ago when they spotted a street performance in the central square of the town of Valparaiso.

They found an energy and immediacy in rap, which they adapted to their own language of Embera, estimated to be spoken by fewer than 100,000 people in Colombia and Panama.

In videos posted on YouTube, the duo take the moves of early rappers, punching their hands forward as if to say "yo." But instead of gold chains they are sporting the colorful threaded necklaces and headbands of the Embera people.

The songs, with hip-hop beats and occasional traditional flute, show pride in the culture - "We are speaking well, representing well, and showing the beauty," goes one lyric in Embera.

"Some people previously thought that rap was simply music about drugs and violence. But for us music is about how we speak and how we live," Dairon Tascon told AFP by telephone.

Dairon voiced pride that, through YouTube, their videos have gained tens of thousands of views and generated interest far beyond Colombia.

The politics of language

Native hip-hop has increasingly emerged as a sub-genre in the United States and Canada, with rappers - much like some of the African American trailblazers of the musical form - often taking up inequalities through their lyricism.

Minneapolis and St. Paul, with its vibrant music scene and indigenous heritage, has become one of the hotbeds of native hip-hop. Local rapper Tall Paul mixes English with Anishinaabemowin. 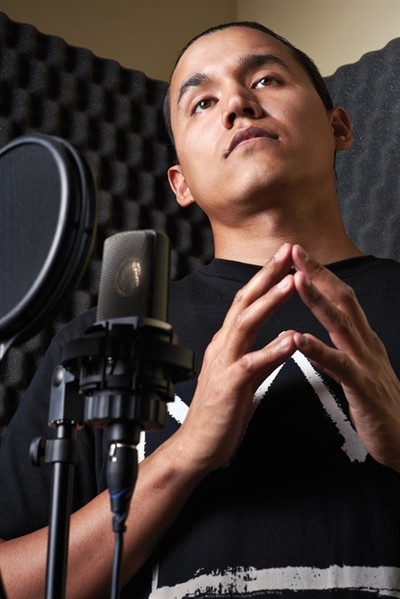 Local rapper Tall Paul mixes English with Anishinaabemowin. His track "Prayers in a Song" reflects his struggles to learn his ancestral tongue, one of the oldest Native American languages, which he employs in the chorus to ask for spiritual strength.

His track "Prayers in a Song" reflects on his struggles to learn his ancestral tongue, one of the oldest Native American languages, which he employs in the chorus to ask for spiritual strength.

"I feel regarding language and the obligation of revitalizing something sacred / Failure to carry through is disgracing a nation," he raps in an English verse.

Separately in the far north of Norway, Nils Rune Utsi, who goes by the stage-name SlinCraze, has found in rap a new form of storytelling in his Sami language.

"A rap song has so many more lyrics than a regular song. Of course you can write a great song, but you have to compress it into the song and chorus. With rap, if you have the lyrics, you get to write much more and if you have a story, you can get very detailed," SlinCraze told AFP by Skype.

Growing up slightly overweight, the 26-year-old said he was bullied and found an escape in hip-hop, especially the angry rhymes of Eminem. SlinCraze has since found a more political use of rap.

His song "Suhtadit," or "Arguing," shows the influence of Eminem with rapid-fire lyrics over ominous backing riffs. The video is full of symbolism as a pastor preaches to the crowd and a masked group takes aim at reindeer, whose herding has historically been a way of life for the Sami.

"Yes, I am Sami," SlinCraze raps. "They destroy our signs, step on our language, they do whatever they want / Because they can."

SlinCraze said he wrote the song in outrage after reading a newspaper account of a girl whose jacket was set alight because she was Sami.

With no more than 20,000 people who speak his dialect of northern Sami, SlinCraze acknowledged that he risked limits in his audience. But he expressed delight in drawing listeners to his music even if they cannot understand the lyrics.

Initially SlinCraze gave little thought to language preservation, but as he builds a fan base he said he has made a more concerted effort to revitalize Sami words rather than borrowing from Norwegian and English.

At the same time, he is working on his first EP in Norwegian. He said that he and other artists have "basically lifted up the Sami culture" in Norway after decades in which the government tried aggressively to integrate indigenous people.

"It's kind of stupid to say, but it's now more of a hipster thing. A lot of kids are now not afraid to show they are Sami - they are proud of it," he said.

"So it's very cool to see this development among the younger people, and of course the elder people who lost their language and are more interested in regaining their identity."