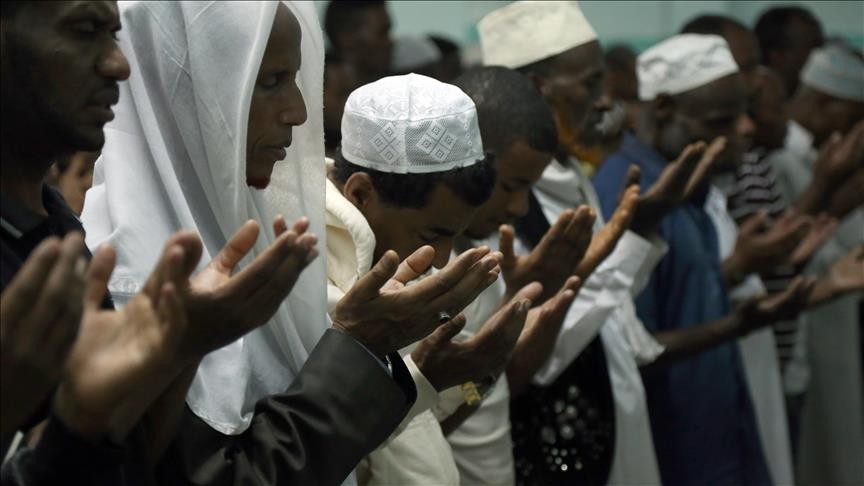 Melodious Islamic songs dominate the airwaves in the Ethiopian capital Addis Ababa during the Muslim holy month of Ramadan.

The loudspeakers of thousands of music shops breathe the poetic warmth of Ethiopian classic Islamic songs, Menzuma, to the bustling city of around 4.5 million people.

Radio stations, both private and government-run, play music praising Prophet Muhammad in violation of a law which prevents broadcasters to preach religion.

The Ethiopian Broadcast Authority, a licensing office, does not allow broadcasters to provide religious teachings in any format. However, during Lent, when Chrtistians fast and reflect for 40 days, and Ramadan, radio stations add the songs to their music shows.

Eshete Assefa, a program director with a private station, Sheger FM 102.1, said that during Ramadan, they play these songs to connect with their fasting Muslim audience.

"This is a two-way engagement, we also play the songs when the listeners request us," he told Anadolu Agency.

Biruk Kebede, deputy chief executive at Radio Fana, a multi-lingual radio network, said that the station "being secular, has a tradition of creating a good mood during Ramadan".

Mekuria Mekasha, assistant professor of journalism and communication at Addis Ababa University, said that religious service had become a national media culture over the last couple of decades.

"The stations set the musical tone of Ramadan and its spirit of self-reflection," he said.

Mohammed Ali, who is writing his Ph.D. thesis on Ethiopia's Islamic songs, told Anadolu Agency that Menzuma had played a critical role in spreading Islam in Ethiopia.

"Over the past two centuries, Ethiopian Muslim poets and singers have produced a large number of songs of praise and moral teachings, which has served as a uniform poetic educational text in many local languages," he said.

The songs are performed by a lead singer accompanied by a drum and a chorus. They are played during all Islamic celebrations and prayers and at times involve chanting and rhythmic dancing.

According to Ali there is one unique function of the songs.

"During difficult times of injustice, the writers and singers had been voicing their discontent, by encouraging and empowering believers to resist," he said.

"The songs were and are our traditional media."

In an interview last month, Islamic studies researcher Adem Kalid told Anadolu Agency that state media under Emperor Haile Selassie - the last Ethiopian monarch, who was deposed by a military junta in 1974 - portrayed Islam and Muslims as alien to the country.

"We were described as 'Muslims living in Ethiopia' which was painted as an island of Christianity," he said.

"However, the negative media portrayal has failed to create Islamophobia, thanks to our tradition of co-existence with all faiths."

According to Mekasha, the current media institutions do not negatively portray Muslims or create fear of Islam.

Around a third of Ethiopia's population is Muslim, according to a 2007 census.

Despite the positive coverage, the Ethiopian media still lacks diverse newsrooms, according to Mekasha. "They need to hire more Muslim editors, news anchors and hosts," he said.

"It is also imperative to provide consistent and balanced coverage that should not be limited to religious celebrations."

On the eve of Eid al-Fitr, the Ramadan holiday, this weekend, Menzuma will leave the air waves and retreat to the private worlds of the faithful.