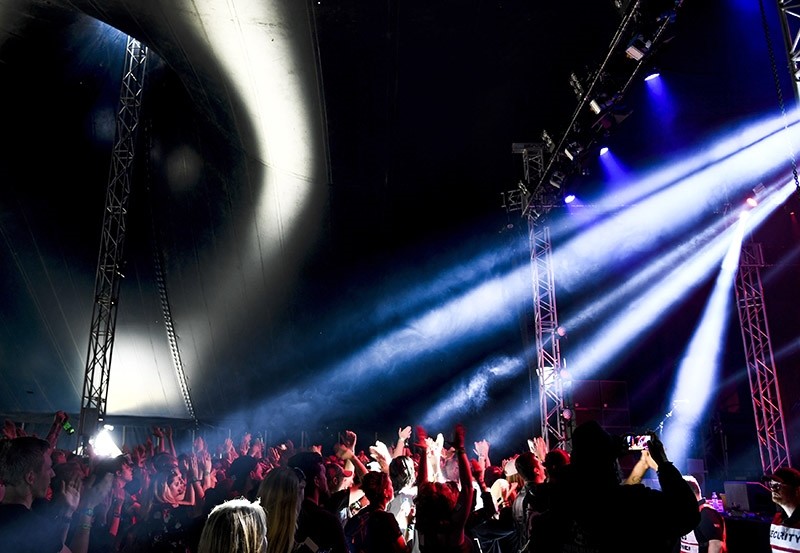 Sweden's largest music festival has been canceled next year due to reports of rape and sexual assaults over the weekend -- the second time in two years -- which the prime minister condemned as "obnoxious."

A wave of rape and sexual assault allegations at several music festivals over the last years have sparked outrage in Sweden.

Police in the southeastern district of Ostergotland, where the annual Bravalla festival took place, Monday said it received four rape and 23 sexual assault reports between Thursday and Sunday.

An additional woman said she was forced to have sex with a man after changing her mind at the last minute.

"Certain men... apparently cannot behave. It's a shame. We have therefore decided to cancel Bravalla 2018," the festival's organizers said in a statement.

Chief police investigator Martin Hedberg said there are currently no suspects in the reported cases.

"Many reports (of sexual assault) come after they've happened so there are weak descriptions (of the suspects) and nothing more to go on," he told Agence France-Presse.

Last year, local media reported that five women were allegedly raped at the four-day camping festival, attended by thousands of people each year.

Prime Minister Stefan Lofven slammed the incidents over the weekend and called for stronger surveillance at festivals.

"This is so disgusting. These are obnoxious acts by deplorable men," Lofven told the Swedish daily Expressen in televised comments on Sunday as he shook his head.

"This must stop," Lofven added.

He said the government was in talks with the police for beefing up surveillance at such events.

Last year, the police were accused of withholding information about alleged sexual assaults against women by young immigrants at a Stockholm summer music festival in 2014 and 2015.

But the Swedish prosecutor's office later dropped an investigation into the case.

This year's Bravalla festival continued as planned despite the alleged assaults and ended on Saturday with performances by rock groups such as The Killers, Prophets of Rage and Dutch DJ Martin Garrix.

FKP Scorpio, the German owner of the Bravalla festival, has blamed last year's incidents on a drop in ticket sales.

"It stopped being about music and became almost completely about crime and violence," Folkert Koopmans, CEO of FKP Scorpio, told TT news agency on Monday.