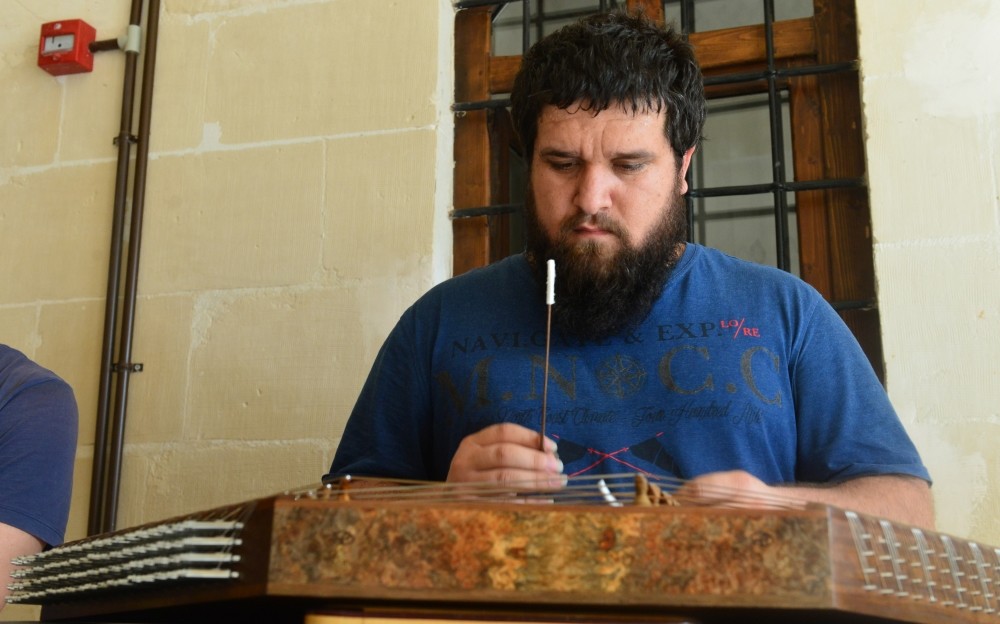 Sedat Anar, a prominent figure recently, is preparing a multilingual album of works by figures including Mevlana Jalal ad-Din Rumi, Ahmed-i Hani and Sheikh Ghalib. The project is being prepared with support from the Culture and Tourism Ministry.

Speaking to Anadolu Agency (AA), the performer of santoor, a hammered zither from Iran, Anar spoke of his life story and said that as a member of society from Şanlıurfa he has a deep interest for arts and music like most of his countrymen.

Anar said that he started to play santoor with support from an Iranian friend, whom he met at university. Anar became one of the most prominent performers of the instrument in Turkey within a short time.

Remarking that the instrument, which is played along with hammers, is capable of producing a great and magical sound, Anar said: "Listeners adapt to the rhythm in a short time."

Talking about his first album, which was released in 2012, Anar said: "My album is the first solo santoor album released in Turkey. Then, I released three more albums and then came another one with support from the Culture and Tourism Ministry. That one was granted the grand award of music from the Turkish Authors' Association (TYB). Now, I'm working on composing for the poems by the old Sufis. I work with a team of musician friends of mine. For the compositions and arrangements, though, I work on my own."

The album will consist of 11 tracks

Anar said that the works he chose for the album generally are mesnevi-like poems. "Now, I'm in the middle of a new project. I composed poems in Turkish, Arabic, Persian, Kurdish and Ottoman by Sufis who lived in Anatolia. Consisting of 11 works, the album will be released this year with support from the Culture and Tourism Ministry. I composed music for two poems by Feqiye Teyran, who is one of the corner stones of Kurdish poetry and Ahmed-i Hani. In Arabic, I composed music for a poem by Niyazi Misri. There are also Persian poems by Mevlana Jalal ad-Din Rumi and Abd al-Qadir Balkhi on the album. In addition, there is also an Ottoman poem by Ruhi al-Baghdadi and Uthman Kemali Effendi. And lastly, there is a poem titled 'Hüsn-ü Aşk' [Beauty and Love] by Sheikh Ghalib."

Anar also said that interest in santoor, which is not often performed in Turkey, is considerably high.