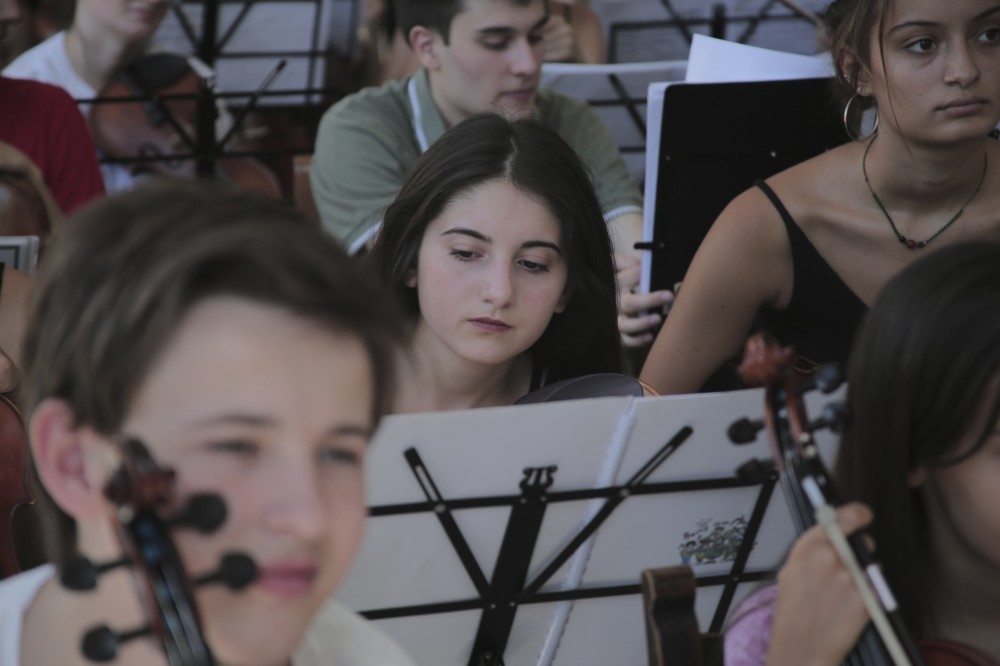 Music for Peace attended the camp with a team consisting of 19 musicians, two mentors, two chaperons and two conductors. At the final concert, which will be performed today, 250 children from 15 countries will share the same stage at the Odeon of Herodes Atticus Amphitheater.

Since its foundation in Istanbul's Edirnekapı district in 2005, Music for Peace has offered the opportunity for free education for financially disadvantaged children and young people within the age group of 7 to 20. Working to introduce more than 6,000 children to music for 12 years, Music for Peace tries to promote peace via music.

Initiated by the economist and musician Jose Antonio Abreu in Venezuela in 1975, El Sistema has spread all around the world in the last 42 years as a successful transformative movement that contributes to children's social improvement. In 2012, Sistema Europe was founded with the principle of improving, sharing and applying the movement on an international scale. Music for Peace has taken on the role as one of the five founding members of the formation.