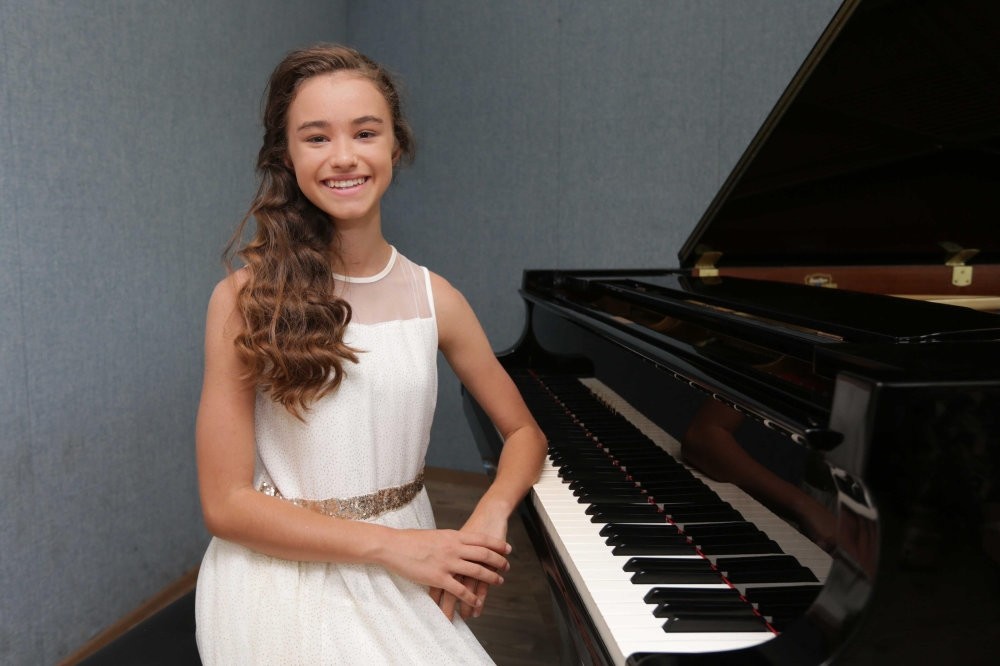 Nehir Özzengin, from İzmir province, has been attracting attention in international piano competitions since she was 9 years old.

At the age of 4, Nehir Özzengin, now 12, started demonstrating a true gift for music, a talent her family encouraged and later helped her hone on the piano. Now a seventh-grade student, Özzengin receives piano training through a scholarship she won five years ago.

Because she practices at least two or three hours every day, Özzengin prefers to have a piano handy even while on vacation. She also wants to purchase an acoustic piano to keep up her practicing at home.

'Just me and the piano'

Living in the Konak district, Özzengin told Anadolu Agency about her love of the piano and dreams for the future.

Implying that she feels happier and more mature while playing the piano, Özzengin said, "When I am on stage, I feel excited and proud. I feel motivated. After bowing to the audience, I sit at the piano, and then it is just me and the piano. Forgetting about the listeners and all other noises, I start my song."

She expressed that she is happy to represent Turkey in the competitions and with her awards.

Recalling that she got her last high rank from a competition in Italy, Özzengin continued, "There was a great atmosphere in the competition. When it was my turn, I got a little excited, but when I started to play after the bow, all of the excitement was gone. After watching all of the performances, the performances were judged. After, the awards were announced, and I heard my rank. I am very happy to have represented my country successfully. It is my fourth prize. Since the age of 9, I have received a prize every year. I want to be a pianist who gives concerts abroad and represents her country successfully in the future."

'We are proud of her'

Devrim Özzengin, the young pianist's father, said he and his wife are very happy about her rank in the competitions.

"We first entered Nehir in the international competitions in Turkey. When she got an award in her first competition, our perspectives toward the piano and music became much professional. When it is announced that your child has ranked high in an international platform among many pianists, you have a very proud moment. She gives special concerts for the people in our city and everybody applauds loudly. This is a great feeling. You feel rewarded for all your efforts when they clap enthusiastically," he said.

Meanwhile, mentioning she is very happy with Nehir's awards, her piano teacher, Seçil Saykan Türker said, "The support of her family is also important. They give her material and spiritual strength."