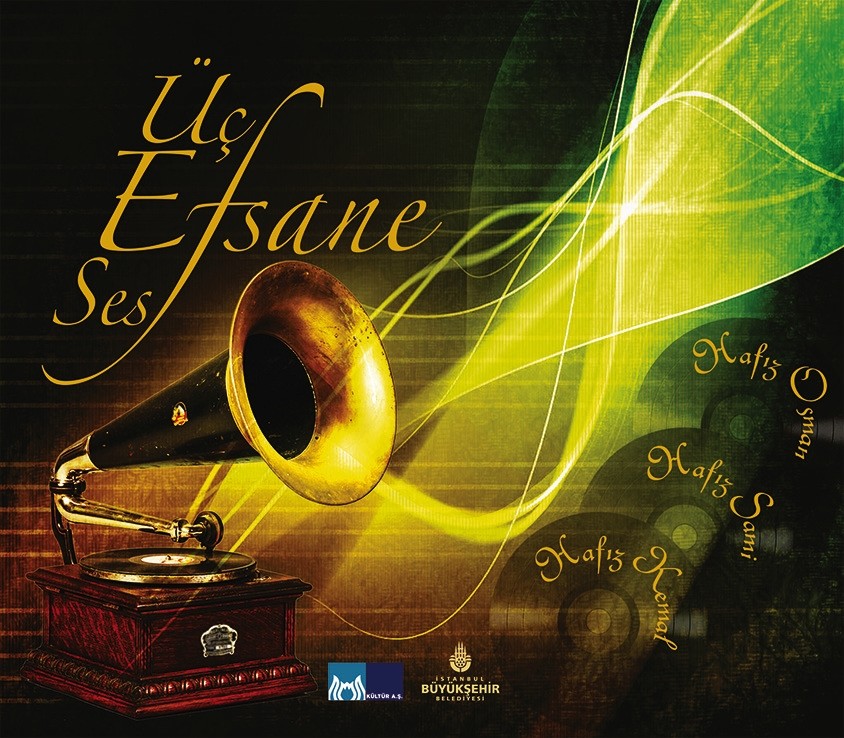 The Istanbul Metropolitan Municipality Culture Co. has included recordings of three muezzins in one album, some of the first recorded voices in the history of the Republic

Seventeen recordings of Hafız Osman, who was the muezzin, or reciter of the call to prayer, of the palace for 27 years and who was inspired by iconic musician and composer Tanburi Cemil Bey, Hafız Sami, for whom the master Zekai Dede Efendi said, "My dear son, God has gifted you, I have nothing more to teach you," and Süleymaniye Mosque's muezzin Hafız Kemal, who performed odes and songs for Columbia and Odeon Records have been combined in a single album by the Istanbul Metropolitan Municipality (İBB) Culture Co. Istanbul Technical University's (İTÜ) Turkish Music State Orchestra academic and ud player Mehmet Bitmez collected the recordings under the name "Üç Efsane Ses" ("Three Legendary Voices"). The Culture Co. prepared this album as a sign of loyalty and aims to introduce the recordings of these legendary artists to new generations.

The gramophone records were digitized with the most sensitive digital technologies. Even though the records were clean, there were certain deep and external noises that could be heard like scratching and whizzing, which have been minimized, resulting in much higher quality sound.

Born in 1867 in Istanbul, Hafız Osman was raised within the Military Band and served as a muezzin at the palace for 27 years. With the start of the constitutionalist period, he left the palace and with his success in reciting the Quran and other religious texts, he acted as a song and gazel singer. The originality and richness in his melodies was the highest of its class. He had a creative and personal style and he avoided using his voice over a certain pitch while always remaining mobile. The melodies he creates go through unexpected pitches, which was the main attraction of his music for audiences. He also wrote lyrics and sang with excellent diction and applied the most meaningful words to the song.

Two most important artists of the last 150 years

The legendary Tanburi Cemil Bey always appreciated Hafız Osman, who accompanied him on his recordings and in performance. As the first gramophone recordings started with Cemil Bey, the singers and gazel singers of the time became known through him. Hafız Osman is deemed one of the two most important artists of Ottoman and Turkish music for the past one-and-a-half centuries together with Hafız Sami for his improvisatory singing.

Relocating to Fatih, Istanbul during the 1877-78 Ottoman-Russian war, Hafız Sami was discovered at the age of 10 by his teacher, Reisülkurra Hacı Hasan Efendi, for memorizing the Quran and he continued his religious education after the age of 12. The first person he interacted with from the music scene was composer Hacı Edhem Efendi. One of Sami's friends, Münir Bey, took him to master Zekai Dede Efendi and asked him to involve Sami in music. After listening to him, Zekai appreciated his talent and said, "My dear son, God has gifted you, and I have nothing more to teach you."

Hafız Sami performed religious and classical music forms, songs, gazels and texts by poets with great talent and expertise. People went to Fatih Mosque in Istanbul to listen to his recitations of the Quran, especially during the month of Ramadan.

He was known to be able to sing for hours. He had a wide vocal range for Ottoman music and his perfection in fluency and timbre earned him a special place when compared to other hafizes.

He did not accept the offer of Sultan Reşad to be his chief imam and he ended his reciting in 1912 at mosques and his other musical performances were all created through coincidences. He became partially deaf toward his last days and passed away in 1943. He is buried next to poet Baki outside of Edirnekapı.

Hafız Kemal is famous for his gazel and mewled singing. He had an extensive vocal range and crystal clear voice and has been deemed as one of the best gazel and mewled readers of the 1900s.

He was the muezzin of Nusretiye and Süleymaniye Mosques and attended programs at Istanbul Radio with Hafız Sadeddin. He again sang with him for Columbia and Odeon Records accompanied by the best players of the time.

He also recorded the first official music school of the Ottoman Empire, Darulelhan, and gave concerts abroad. According to legend, when he recited the call to prayer, large crowds gathered around the mosques. He attended the conservatory in 1930, and after the Surname Act he got the surname Gürses. Due to coronary disease, he passed away in Istanbul on Aug. 8, 1938. His grave is also by poet Baki.

Learning Turkish music theory from ney player Aka Gündüz Kutbay, Bekir Sıdkı Sezgin and Cinuçen Tanrıkorur, Bitmez is a recognized ud virtuoso. He analyzed Tanburi Cemil Bey's makam and practice style after he finished school and began extensive research on advanced techniques and approaches. Bitmez studied the playing styles, makams and technical qualities of experts like Şerif Muhiddin Targan and ud players Nevres Bey, Yorgo Bacanos and Cinuçen Tanrıkorur and developed his own style based on traditional and classical elements. He also concentrated on musicology and has composed many songs and lyrics. He has performed ar concerts and festivals in many countries, gives conferences and seminars on Turkish music and ud and is also an academic at İTÜ's Turkish Music State Conservatory.