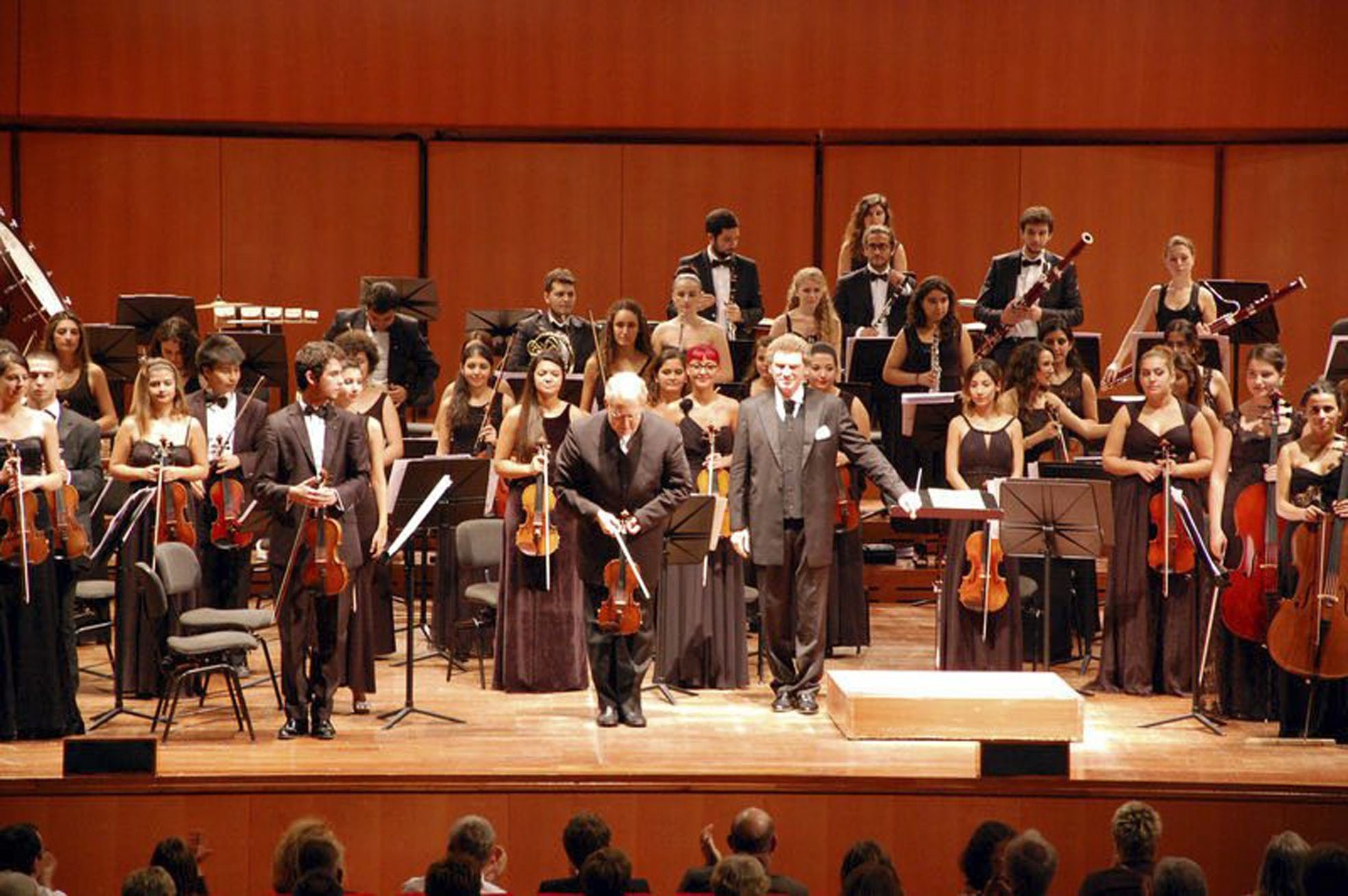 One of the most important cultural exports of Turkey, the impressive Turkish National Youth Philharmonic Orchestra has performed in many culture centers in Europe in the past 10 years and will appear at Zorlu Performing Arts Center (PSM) Main Theater on Aug. 25.

One of the most interesting features of the orchestra's only concert in Turkey before its tour, including festivals in Berlin, Prague and Verona, at Zorlu PSM it will include Hande Küden, one of the oldest members of the orchestra and one of the lead violinists of the Deutsches Sinfonie Orchester Berlin. Another extraordinary detail: Ali Ekber Çiçek's folk song "Haydar Haydar" is in the program and rendered with the expertise of Özkan Manav.

The Sabancı Foundation, which tries to motivate and promote art and culture among youth, established the Turkish National Youth Philharmonic Orchestra, which has 100 young musicians selected from conservatories in the country each year. Founded by Cem Mansur as the first example of its kind in Turkey in 2007, the orchestra consists of musicians aged 16-22. After a three-month preparation period under the administration of various experts, it performs a series of concerts in Turkey and abroad. After the first concert in Istanbul with one of the most important pianists of our age, Murray Perahia, the orchestra has performed in esteemed European concert halls with musicians such as Salvatore Accardo, Shlomo Mintz, Kristof Barati, Alice Sara-Ott and Natalia Gutman.

Young musicians who have shared the same posters with leading orchestras at festivals, venues and centers in Vienna Konzerthaus, Berlin Konzerthaus, Sala Santa Cecilia in Rome, Milano Auditorium, Brucknerfest in Linz, Beethovenfest in Bonn, Amsterdam, Budapest, Smetana Hall in Prague, Bratislava, Palais des Beaux Arts in Brussels, Teatro Filarmonico in Verona as well as cities of Ravello, Florence, Bologna, Essen and Dortmund. The Turkish National Youth Philharmonic Orchestra has also attended performances of the opera "Tosca," the resident orchestra at the Taormina Festival in Sicily in summer 2014 and "La Boheme" at the Royal Opera House in January 2015.