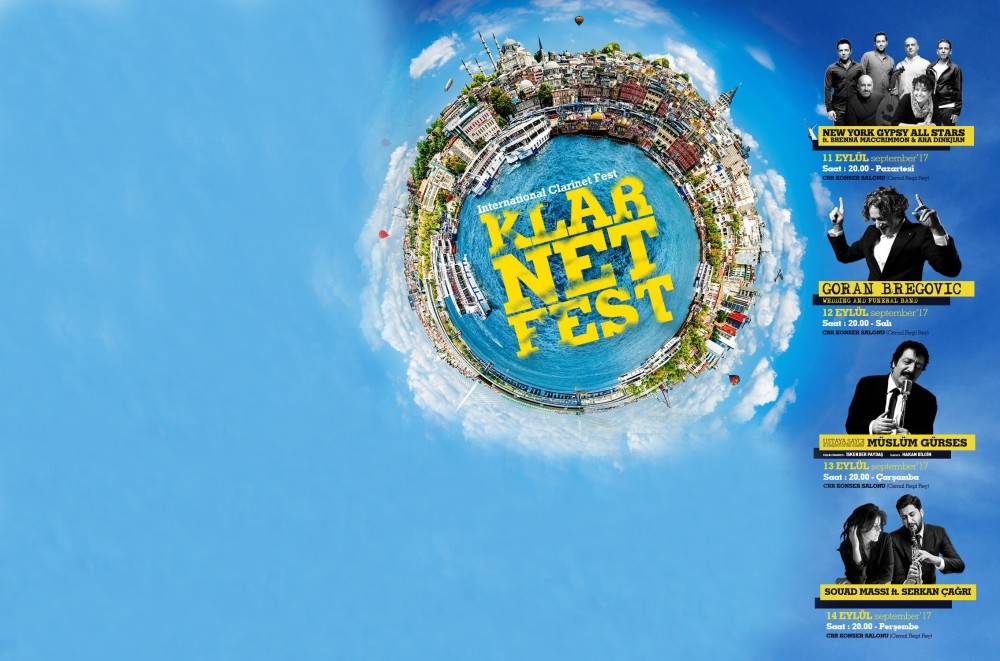 Being held for the six time this year from Sept. 8 to 17, the International Clarinet Festival aims to bring world-renowned musicians and music lovers together in various spots of the city with the motto:Istanbul is Breathing

The 6th International Clarinet Festival will bring local and foreign artists together from Sept. 8-17.

Clarinetist Serkan Çağrı, the festival art director, recently announced the details of this year's offerings. Speaking at the meeting, Çağrı said that they are trying to keep the influence of culture and art higher through well-organized music festivals.

"We aren't confined just to the halls when we do this. Istanbul is a very big city. While we are walking or waiting in the streets, we get out of breath at many points in the city. Giving young musicians an opportunity at many public transportation points and at many squares, we say Istanbul is breathing, and we are trying to make Istanbul breathe through music," he said, mentioning the number of artists who will be at the festival.

Citing the previous commemoration of late musicians Barış Manço and Kayahan in the section "Respect for the Master," Çağrı said that many artists will share the stage for Müslüm Gürses this year.

He added there were some people who did not believe in the project when they first organized the festival but it has proven to be a hit.

Planner and producer İskender Paydaş also said that good music, art and good organization contribute to the festival, which he is attending for the second time.

Explaining he will attend the concert with a team of nearly 40 people, Paydaş said, "There is great excitement, the concert is at a very valuable point for us. I am personally happy to be in this. I can say the same thing also on behalf of my orchestra friends. We are really happy."

Hakan Bilgin, who will be the presenter of the "Respect for the Master" concert, said that the activities held for six years are a great success and have an impact.

Mentioning the importance of bringing music to everyone, Bilgin said that there will be more activities in many places for the festival this year.

Artist Yonca Lodi also said that the traditional concerts are not generally long and that the International Clarinet Festival has been able to survive.

Apart from workshops, there will be music performances with the slogan: "Istanbul is Breathing," at Galata Kuledibi, Beşiktaş, Ortaköy and Kadıköy squares and at many other piers and parks.

The New York Gypsy All Stars, Brenna MacCrimmon and Ara Dinkjian will share the stage at Zorlu Performing Arts Center (PSM) on Sept. 11.

Goran Bregovic will perform on Sept. 12 at the Bostancı Performing Arts Center and the "Respect for the Master" concert for Muslim Gürses will be on Sept. 13.

Algerian artist Souad Massi and Serkan Çağrı will also perform at Zorlu PSM on Sept. 14 along with the Young Breaths Clarinet Competition.