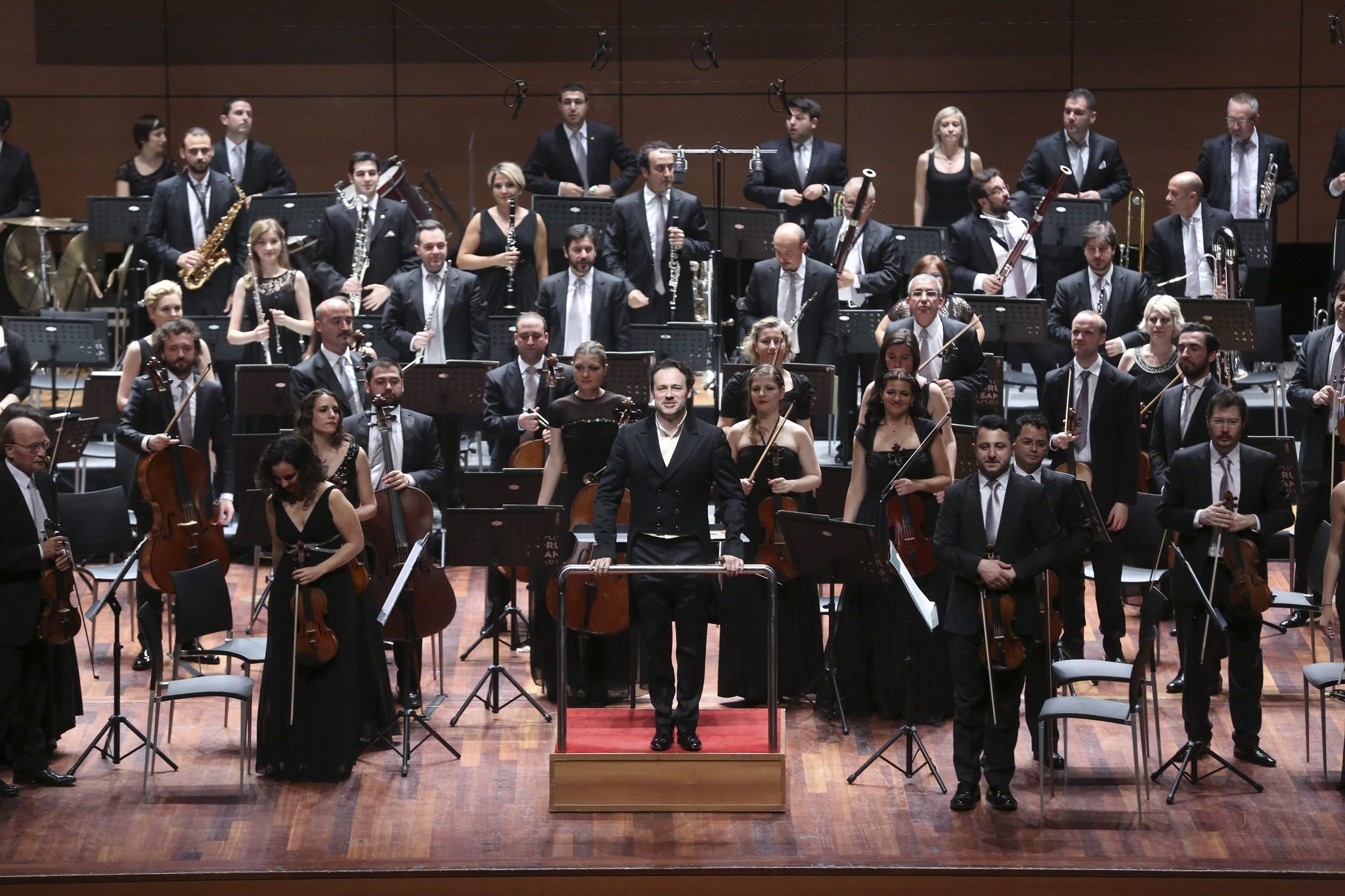 Borusan Philharmonic Orchestra (BİFO), one of the best symphonic groups in Turkey, left on a European tour again on Friday that will continue until Oct. 25. Having toured Europe in February 2016 and received appreciation from listeners, the orchestra will perform for music lovers in cities like Essen, Ljubljana, Vienna and Zurich. The first concert of the tour was at Philharmonie Essen in Essen, Germany on Friday. Founded 18 years ago, BİFO, one of the most important orchestras in Turkey, is becoming one of the best symphonies in Europe.

After the concert in Essen, the second concert is at Cankarjev Dom Cultural and Congress Center in Ljubljana, Slovenia, on Saturday. In both concerts, Turnage's "Shadow Walker," John Adams' "Tromba Lontana," Charles Ives "The Unanswered Question," Bela Bartok's "The Miraculous Mandarin, Op.19" and Ferit Tüzün's "Çayda Çıra Ouverture" will be performed.

The third concert will be at Wiener Musikverein in Vienna, described as "the most beautiful music hall in the world," on Monday night Oct. 23 when BİFO will perform Mily Balakirev's "Islamey," Turnage's "Shadow Walker" and Hector Berlioz's "Symphonie Fantastique, Op. 14."

The last stop of the tour is Zurich, Switzerland. Soloists Repin, Hope, Pelin Halkacı Akın, Daria Zappa on violin and Sarper Kaynak on harpsichord will accompany BİFO at Maag Music Hall on the night of Oct. 25 under the baton of Sascha Goetzel.

Having taken the first big step to become one of the best symphonies in the world in 2010 with a concert at the Salzburg Festival, "the summit of the classical music world," BİFO was the first Turkish symphony invited to the BBC Proms in 2014 where it performed at Royal Albert Hall in London. Making Turkey proud, BİFO was praised by critics for concerts at the Hong Kong Art Festival last February. They gave their last concert in Vienna for the Europe tour in February 2016, and they received appreciation from both critics and music lovers.